TTTP secures book deal for client – due for publication on April 24th. 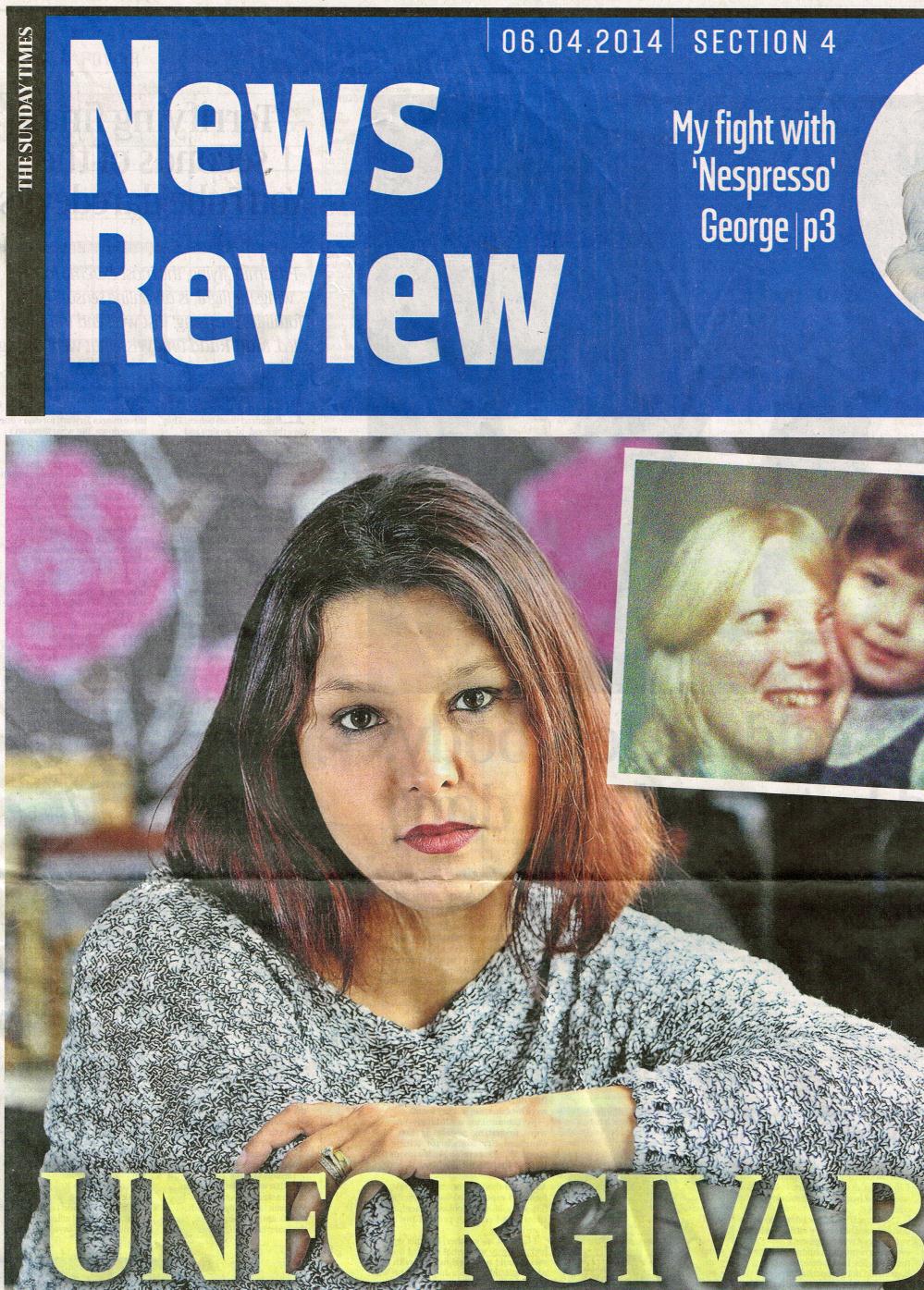 At Talk to the Press, as well as securing clients interviews with national newspapers and women’s magazines, we can also secure book deals.

Our second book, in which Collette Elliot tells of her horrific upbringing at the hands of her violent, heartless mother, is due to be published by Penguin on April 24th. In the memoir, which is named ‘Unforgivable’, Collette talks about her childhood and the landmark case she launched against Birmingham Social Services for leaving her with her mother instead of taking her into care.

At the weekend, Collette’s book was serialised by the Sunday Times, where she appeared on the front cover of the News Review section.

We have been working with Collette for many years as her story has unfolded, and were thrilled to be able to get her book deal with a company has respected as Penguin. Collette has spent months working on her book with the help of a ghost writer, and finally it is ready for publication.

We’ll let you know when the book is on sale!

If you have a story that you’d like to see published as a book, email us on message@talktothepress.com or fill out the sell my story form to the right.

Talk to the Press
← Previous Story Our client Ellie gets publicity in newspapers – next stop TV!
Next Story → ‘Life should mean life’ – says anguished daughter after her dad’s murderers are released early from jail