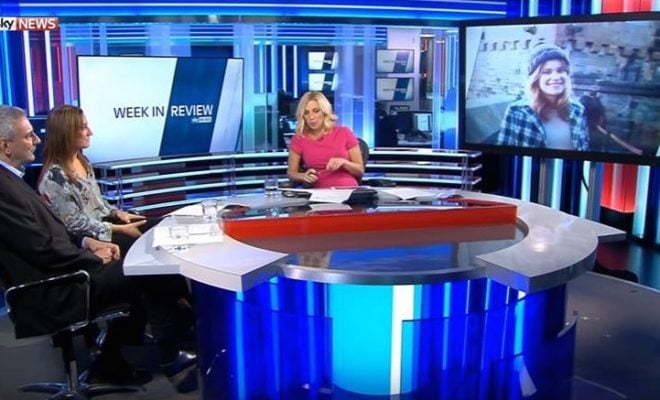 Talk to the Press and get your story in the media

Everybody has a story to tell, even our own writers have their own stories to share! Last week, our very own feature writer Courtney Greatrex became a big news story. If you would like to get your story in the media, contact us today using the Story Valuation form on this page.

Talk to the Press writer Courtney, 22, was walking down the street at 7:30am on her way to work when she was subjected to a vile torrent of abuse by three men in a white van. 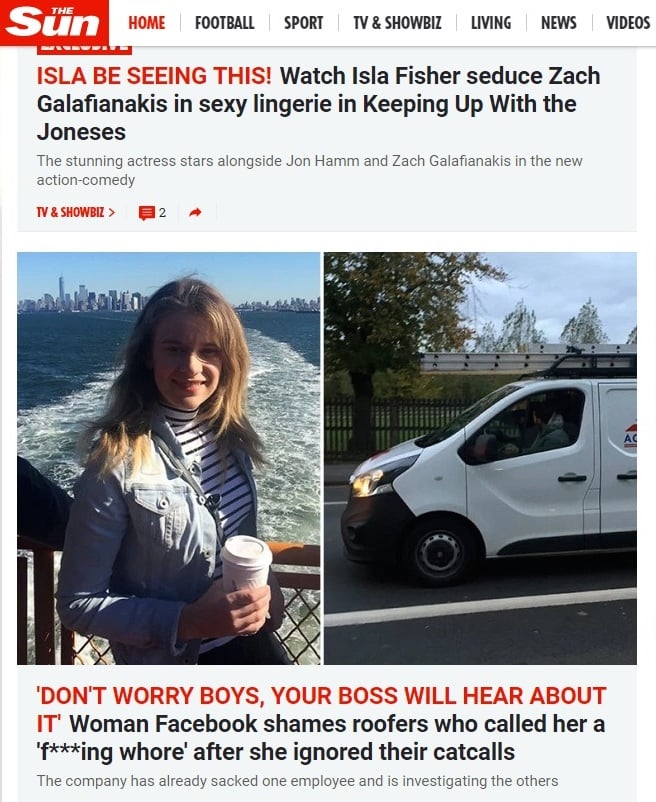 Thinking quickly, she snapped a picture of the van, with the company details splayed on its side and reported it to their boss – and the police.
Courtney heard the sound of a bike bell ringing from inside a van as she was walking down a congested street in north London. She turned to see three men in a white van shouting obscenities at her while laughing to themselves.
Brave Courtney tried to stick up for herself and told the men they were harassing her and asked them to stop but the men responded by calling her a “f**king w****” for rejecting their advances.
Courtney’s journalistic instincts kicked in and, thinking quickly, she snapped a picture of the van on her smartphone. Although she didn’t get the registration number, the van had the company’s name splayed on its side.
Once in the office, Courtney called their boss and complained, she also reported the incident to the police. Sexual harassment is a huge issue for women even today, and deserves to be called out when it does happen. 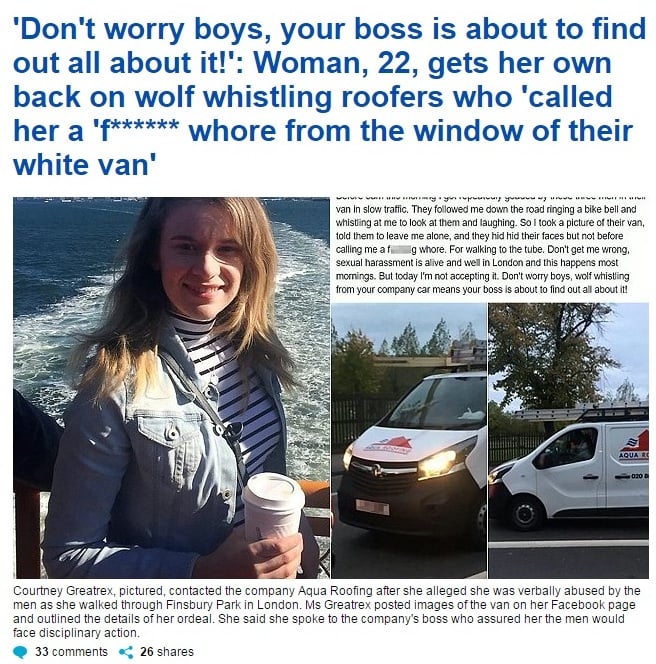 Disgusted by how our writer had been treated, we decided to share her story with the national papers and syndicated it through our news wires – resulting in blanket coverage online.
Courtney’s story was picked up online by The Sun, The Daily Mail, The Metro, The Mirror and The Evening Standard. What’s more, she was heralded as ‘Hero of the week’ on Sky News’ week in review programme.
Since then, she has been interviewed for a German TV station and her story has sparked debated in the women’s mags.
Courtney said: “I am so grateful for all of the support I received while dealing with this distressing situation.

“Catcalling is so distressing and violating for any woman, and I am pleased I was able to bring this to the attention of the company and the police.

“If it causes just one woman to stand up and defend themselves and raise awareness, sharing this story would be worthwhile.”

How to get your story in the media

If you would like to find out more about how to get your story in the media, see our Sell My Story page.

You’ll find more information about how to contact Talk to the Press on our Contact Us page.

To get your story in the media, all you need to do is fill out the Story Valuation form on this page, or call our features desk on the number above.

You can see our latest news and recent client stories here…