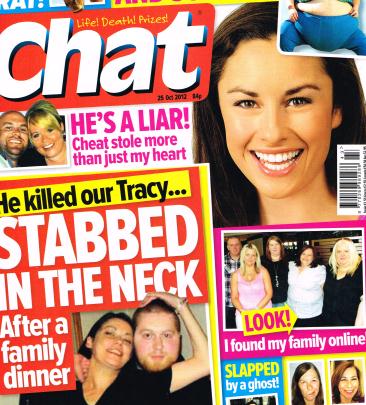 I spent 20 years looking for my long lost family – then I found them through the Internet in less than five minutes! 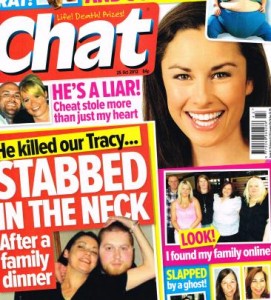 Tina, 49, a mum-of-four from Wales, is celebrating after being reunited with her siblings after more than twenty years apart and this week, her uplifting story appears on the cover of Chat magazine. Incredibly, it took less than five minutes for one of Tina’s friends to track down her relatives online, and with the click of a button the jigsaw fell into place.

Tina met her brothers and sisters for the first time last month. But tragically she was too late to meet her mum, who died last year.

Tina’s story starts when she was adopted at just six weeks old in 1963 after her unmarried mother, who was just 17 at the time, was forced to give her up. Her adoptive parents were always open with Tina about her background but growing up she always felt there was something missing and longed to meet her birth family.

All Tina knew was that her birth mother’s name was Violet Elizabeth Lee and that she lived in Wales. It was not much to go on, but Tina never stopped trying. She recalls how she was always aware of everyone around her in case she spotted someone who looked like her.

Tina had first child when she was 18 and she says that’s when her curiosity intensified. In her early 20s she thought she’d made a breakthrough when she discovered she’d been born in a Salvation Army home in Cardiff and that her mum lived in Swansea. She visited Swansea, asked around and scoured the telephone books, but she was devastated when she reached a dead end. For the next 20 years Tina kept hitting brick walls and had come to accept that she may never find her birth family.

But in June this year Tina was telling a friend about her search for her family, when her friend suggested she post something on a genealogy website asking if anyone knew of Violet Elizabeth Lee. Tina’s friend had previously been successful in reuniting a friend with her long lost father and wanted to help Tina as well.

Tina’s friend put in her mother’s name and the year of her birth, 1946, into the site, which aims to reunite long lost relatives. Incredibly, just five minutes later, Tina’s friend called her over to the computer, telling her she might be on to something. A man had replied to her post. Two hours later Tina received a call from a woman called Judy, who turned out to be her long lost sister.

It turned out Tina had a brother and three sisters, all of whom Violet had after getting married. In fact there was just two years between Tina and her younger brother. She was overcome with emotion and couldn’t believe she had found them after all these years, yet she was also terrified of being rejected.

She was worried her siblings may not know of her existence but they did. In fact they had tried to find her as well without any luck.

They immediately arranged a meeting and Tina has now met her siblings on three occasions. She is amazed by how much they have in common. The family have spent the last few weeks getting to know each other and Tina says it’s amazing to meet her birth family after all these years, all thanks to the Internet.

If you’ve been reunited with long lost family and would like to share your story, email us on message@talktothepress.com

Talk to the Press
← Previous Story I rescued my son from a paedophile
Next Story → Coverage in Mirror, Express and Sun newspapers for the husband whose wife was killed by IVF