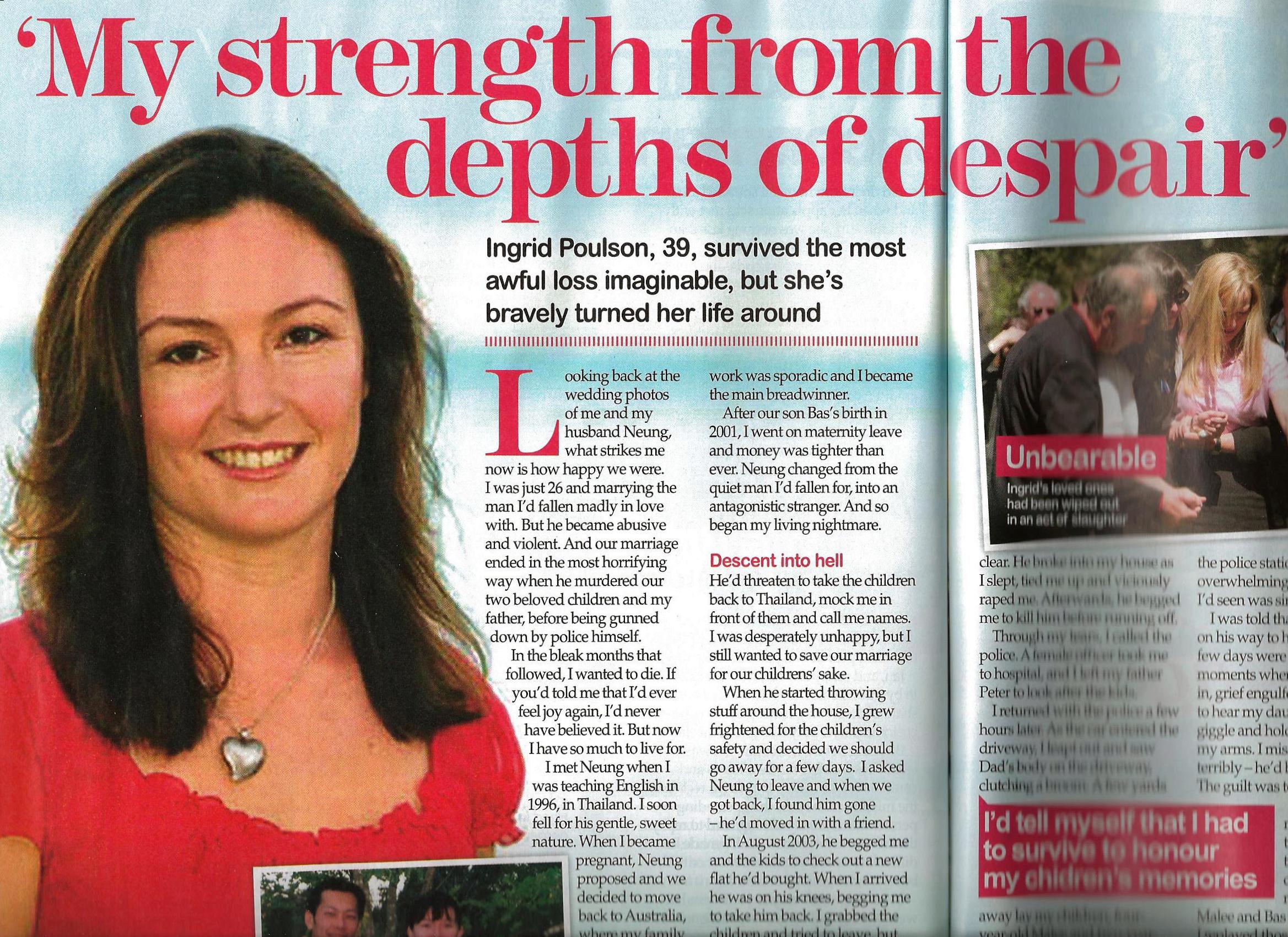 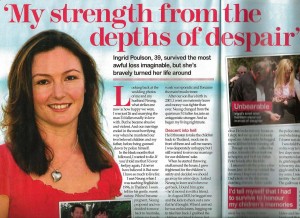 This week Ingrid Poulson’s inspiring story about how she survived the most awful loss imaginable appeared in Best magazine. Ingrid, 39, from Australia, had to learn to live again after her estranged husband brutally murdered their two young children and her father in 2003.

In the bleak days and weeks that followed Ingrid wanted to curl up and die – too consumed by grief and guilt to move. But after two months of lying in bed watching the days merge into the night Ingrid decided that to truly honour the memories of her beloved children and father – she needed to give herself permission to survive.

Ingrid wrote herself a list of things she needed to do daily to survive, such as brushing her teeth and showering. Every day she would tick off the things she’d achieved.

A few years later Ingrid went back to university to study cognitive science. Determined that her children and father wouldn’t die in vain she also campaigned tirelessly, with other victims, to change domestic violence laws in Australia. In 2006, she was approached to write a book ‘Rise’ about her survival techniques – so Ingrid combined her academic background with her experiences. She also set up her own business Steadfast Training: Building Resilience.

In 2008, she started working for a mental health organisation and became close to the manager, Michael Mason, 32. Gradually they fell in love, and although Ingrid felt scared about finding love again she knew her dad and children would want her to be happy. Last October, Ingrid and Michael married and this July she gave birth to their son, Miles. Of course Ingrid still has times when the pain is too much to take – but she knows how to handle those days, and reminds herself of everything positive in her life.

Every day Ingrid is more and more surprised by the resilience of the human race. “I’m proof that there’s life and love after loss,” says Ingrid. “And I want people to know about it.” You can find out more about Ingrid by visiting her website http://www.steadfasttraining.com.au/about.php