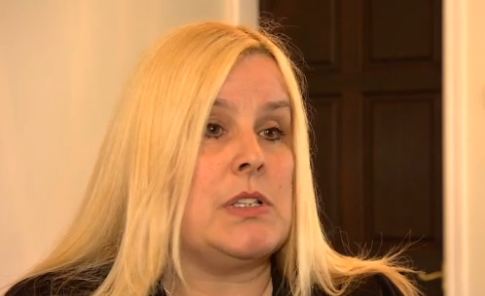 When Kim Walmsley got in touch telling us about the ridiculous situation that has left her legally a male and trapped in an ‘illegal gay marriage’, we knew a newspaper would be interested. We secured her coverage in a number of different papers, and she was also interviewed on Good Morning Britain where she was interviewed by Susanna Reid.

As a result of the publicity, this week Kim is going to Downing Street in attempt to get the law changed so her gender can be registered correctly.

For 40 years, Kim led a normal life and enjoyed holidaying with her husband and five children. But in October 2003 her life was turned upside down after it came to light an error had been made when registering her birth in Feb 1965. Although her parents were given a birth certificate correctly stating she was a girl – it had been wrongly recorded in the register’s office records that she was a male.

The error only came to light when Kim, now 49, applied for a copy of her birth certificate so she could secure a visa to remain in Australia, where she was living at the time.

At first, Kim laughed off the error, believing it could be simply changed. But although the General Registry Office accepted it was an error they said it was against the law to change it and there was nothing they could do. Last March, the couple went to the church where they got married, and were told that their marriage was illegal and they never should have been allowed to marry. The vicar notified the Liverpool diocesan register who then notified Westminster sanctuary who ruled the marriage was illegal.

The couple have since spent thousands of pounds on legal fees but keep hitting brick walls. ‘It’s a disgrace, and simply down to red tape that nothing can be done,’ says Kim, who lives in Liverpool. But thanks to the publicity we have secured Kim and her appearance on Good Morning Britain, she now has hope that this silly error can be corrected.

If you’ve got a story you’d like to share with the newspapers, or you’d like to appear on Good Morning Britain, email us on message@talktothepress.com or fill out the sell my story form to the right.

Talk to the Press
← Previous Story Our families warned us we were mad – but we love our Tunisian toyboys!
Next Story → TTTP client on front page of Sunday People newspaper