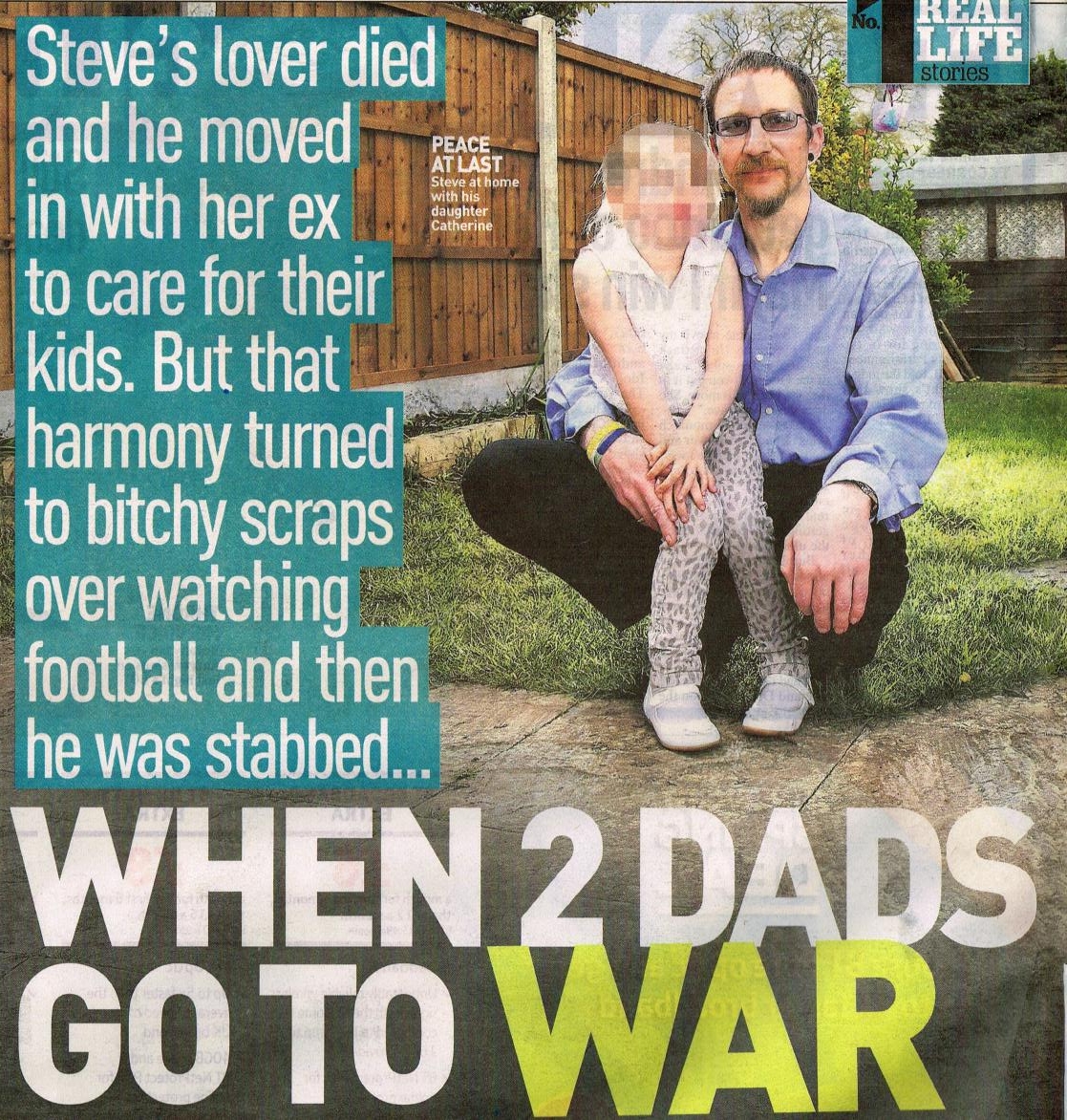 When Steve Cook got in touch with us to see if we could help him sell his story, we knew a newspaper would be interested.

Steve had made headlines in 2011 when he and his ‘love rival’ Mark Motteram, who both had children with Anne Motteram, united in grief and moved in together following Anne’s sudden death.

The devoted dads moved in together so the kids wouldn’t be split up. They split the household chores between them and there unlikely family set up seemed to be working for them.

But last month, Mark pleaded guilty at Winchester Crown Court to GHB with intent after stabbing Mark outside the family home in November, as the children watched on in horror.

He received four years in prison, including the six months he’s spent on remand.

‘It was too good to be true,’ admits Steve, who now lives with Catherine in Derby, ‘although we tried our best for the kids we started to fall out over silly things and it escalated from there.

‘I wasn’t happy with Mark not pulling his weight and trying to undermine me in front of the kids. He kicked me out of the house and started to spread all lies about me. I knew he was a hot head and was scared of him, but I never dreamed he’d stab me on his doorstep in front of the kids. It’s disgusting. Now the kids have just lost their mum, they’ve lost their dad too.’

Not surprisingly, there was a lot of interest in the update to Steve’s story. We secured Steve an exclusive deal with the Sunday People newspaper, and his interview appeared at the weekend.

If you’ve been making news headlines and have an update to your story, email us on message@talktothepress.com or fill out the sell my story form to the right. We can secure you an exclusive deal with the Sunday People, or another national newspaper, for selling your story.

Talk to the Press
← Previous Story Sign up and earn money sharing your thoughts and opinions with the press
Next Story → Flowers for TTTP deputy editor Georgette as a thank you from a client!