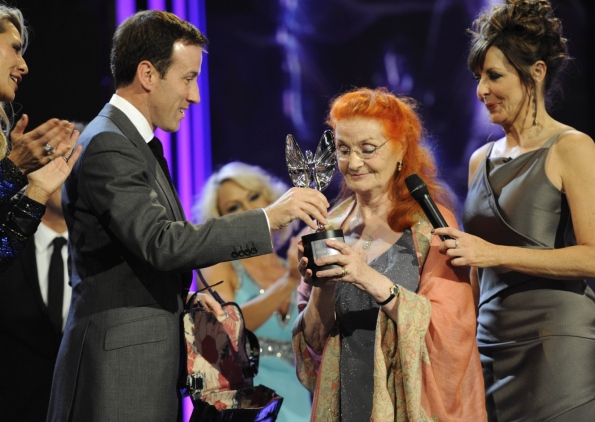 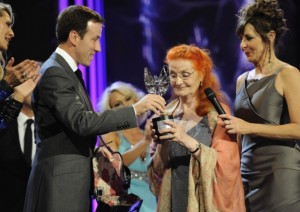 It’s been a little over six months since we stepped in to help pensioner Ann Timson handle press attention in her life, and her media journey continues. Tune into ITV tonight, where you’ll see her presented with a Pride of Britain award for outstanding bravery at a glittering and star-studded ceremony, which took place in London’s Park Lane, on Monday night.

As he presented her with her award, Strictly Come Dancing stars Jason Donovan and Anton Du Beke said they wished they had a grandmother just like ‘Supergran’.

Ann Timson, aged 71, hit the headlines around the world after video footage showed her single-handedly taking on a gang of armed robbers as they carried out a brazen raid on Michael Jones Jeweller in Northampton.

The video of Mrs Timson sprinting up Gold Street before taking on the gang, went on to become an internet phenomenon. We secured her deals with the Daily Mail, ITV News, Daybreak and we even arranged for her to be flown first class to New York to appear on the Today show.

Ann however remains as modest as ever, despite giving a powerful speech to the hundreds at the award ceremony. She says: ‘It’s all a bit strange, the attention that this has attracted. I’m not sure what to make of it all. I don’t deserve any special attention. I just did what I thought was right at the time.’

The award’s ceremony is to be shown on ITV at 8pm tonight.