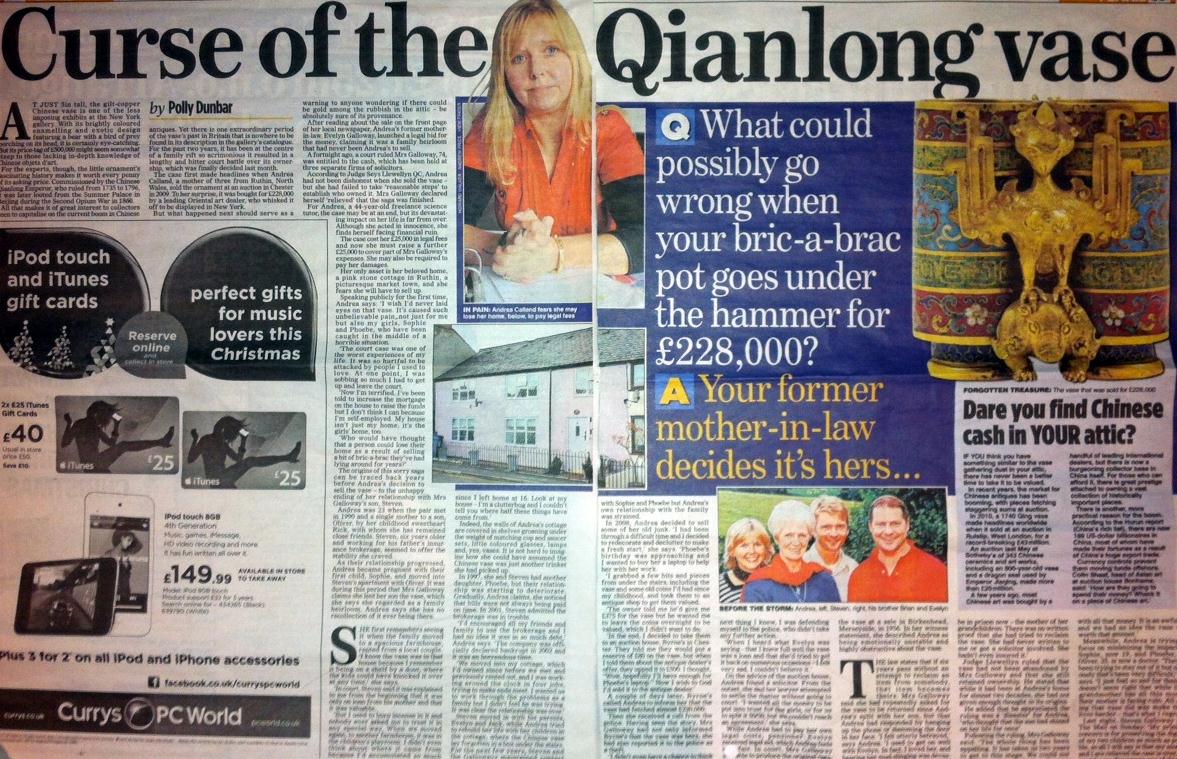 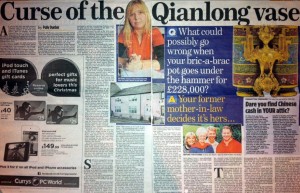 Andrea Calland contacted us after finding journalists camped outside her door after she lost a landmark legal battle with her former mother-in-law over the ownership of a £300,000 rare Chinese vase – which she had originally dismissed as worthless bric-a-brac.

Andrea’s extraordinary journey started when she decided to sell the antique vase two years ago, which she’d kept after she and her husband divorced in 2001, to pay for a new laptop for her daughter. She hoped it would reach its reserve price of £500 so she was astonished when it sold for £228,000.

But Andrea’s joy was short lived. After reading about the sale in a local paper, her former mother-in-law Evelyn took legal action – claiming the vase was hers and she had merely loaned it to her son and his wife.

Unfortunately for Andrea, last month the civil courts found in her ex mother-in-law’s favour and Evelyn will now receive the proceeds of the sale. Andrea, however, has spent £40,000 in legal fees and is now in danger of losing her beloved cottage in Wales.

Although Andrea lost her case, she was contacted by several newspapers and freelance journalists who wanted to hear her side of the story, and she got touch with us for help handling the press attention. We placed her story in the Mail on Sunday, where it appeared in a double page spread this weekend. Andrea says: ‘I can’t thank you enough.’

If you need help managing press, contact us on message@talktothepress.com You can also download our free guide to handling press attention.