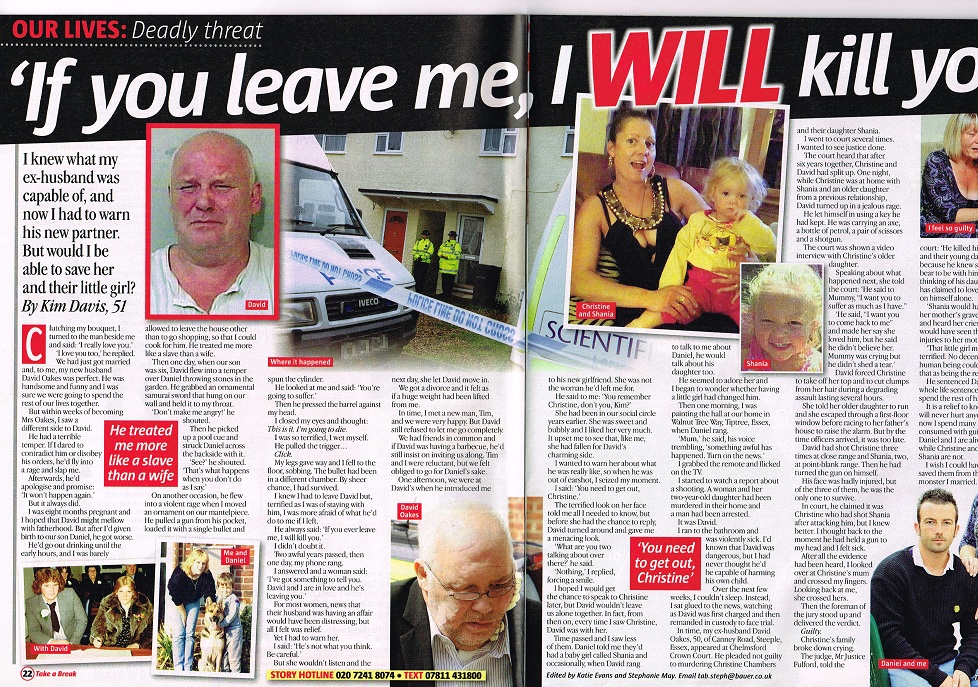 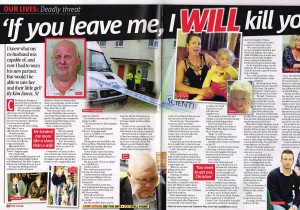 When Kim Davis saw on the TV news that her ex-husband David Oakes had been arrested for the brutal murder of his partner and daughter, she ran to the bathroom and was violently sick. In that moment Kim realised how lucky she was to be alive – as it could easily have been her.

Oakes killed partner Christine and their two-year-old daughter Shania last summer in a case that shocked the nation. He tortured Christine before blasting her and Shania with a shotgun and then turning the gun on himself, but somehow he survived.

In May this year he was jailed for the sadistic killings and Kim – who was married to him for 18 years – finally felt able to speak out about the years of abuse she also suffered at his hands. Naturally, there was a lot of interest in her story and Kim was innundated with interview requests.

Her terrifying account appears in this week’s Take a Break magazine, where she tells how Oakes once played Russian roulette with her life, holding a loaded gun to her head. Kim says she endured years of physical and emotional abuse from Oakes, who threatened to kill her if she ever dared leave him, but she stayed for the sake of their son Daniel.

When her husband eventually left her for another woman, Kim felt nothing but relief. But even after they divorced, Oakes maintained a hold over his ex-wife, insisting they continue mixing in the same social circles.

One day Kim was introduced to Oakes’s new girlfriend, Christine, and she desperately tried to warn her to get out before it was too late. When she later heard the couple had had a baby girl, Shania, Kim hoped fatherhood had changed her husband for the better. But she was wrong. In June last year Oakes brutally murdered Christine and Shania after Christine tried to leave him. Kim will never forget the day she saw their faces on the TV news.

She says: ‘I’m often consumed with guilt that Daniel and I are alive while Christine and Shania are not. I wish I could have saved them from the monster I married.’