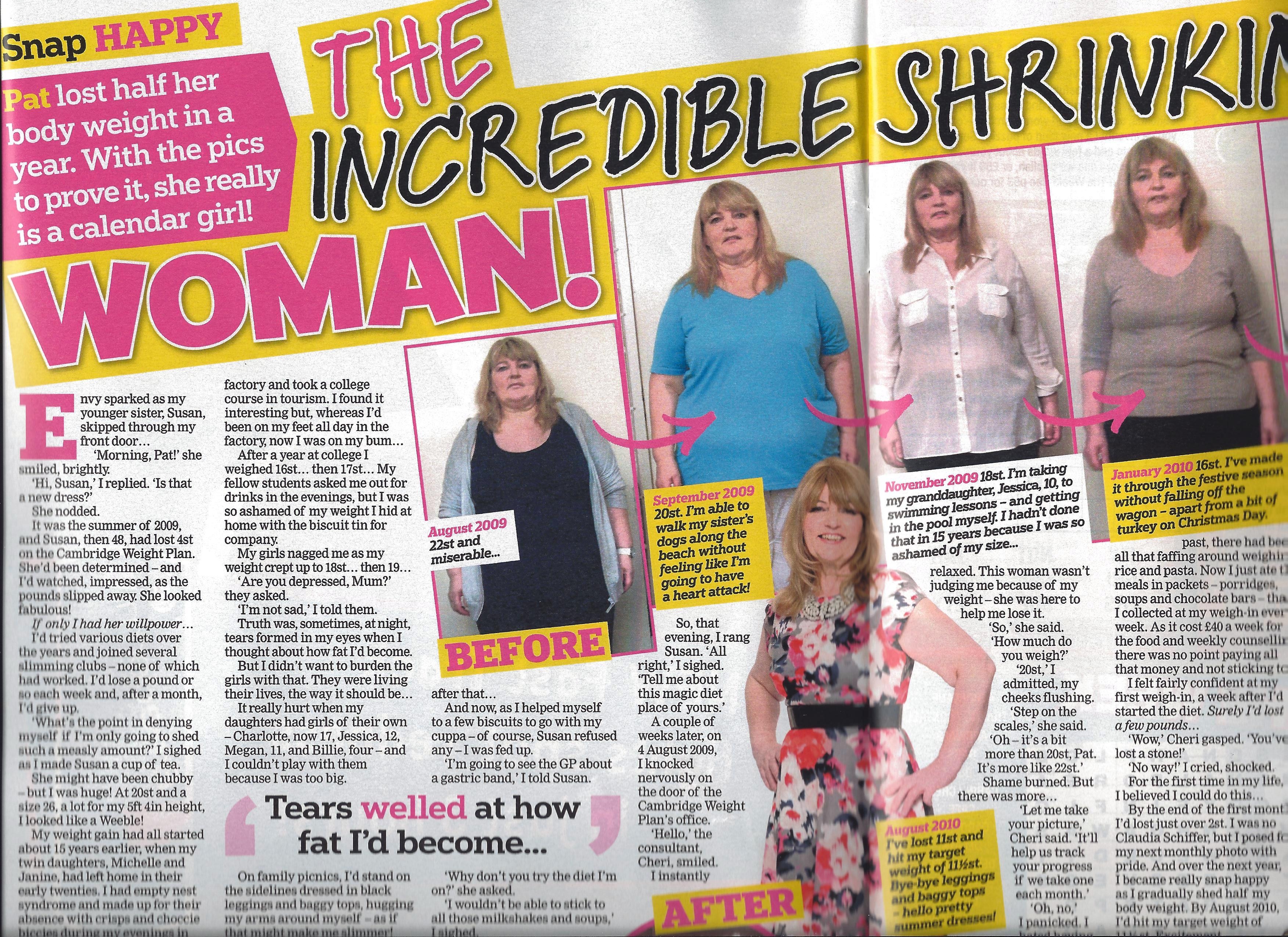 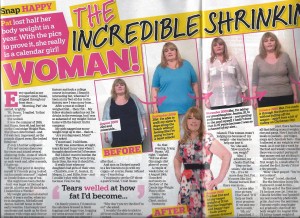 In an example of how Talk to the Press can get publicity for a charity or brand, this week sees the publication of Pat Kirwin’s story in Real People magazine. We were put in touch with Pat by the Cambridge Weight Plan after she shed an incredible 10 stone with the company.

Pat, 59, was once so overweight that she couldn’t even bend over to cut her own toenails as her stomach was in the way. At 22 stone and a dress size 26, Pat’s doctor warned her she could face serious health issues. That’s why, in August 2009, she decided to try the Cambridge Weight Plan after her sister lost four stone on it.

She had previously considered having a gastric band, but the waiting list was too long, and previous diets, such as the cabbage soup diet, had always failed to work.

But the Cambridge diet was an instant success, and in one year Pat lost an incredible 10 stone – almost half her body weight. She now weighs just 11 stone and is a size 14.

Pat says watching her body steadily shrink was very satisfying and she documented her weight loss in a series of photos as the months went on.

Pat says: ‘Sometimes I have to pinch myself to check that I really have lost all this weight and I’m not dreaming. But then I just look at the photos, and remember that the camera never lies!’