Do you want maximum coverage in the press, but to stay in control? 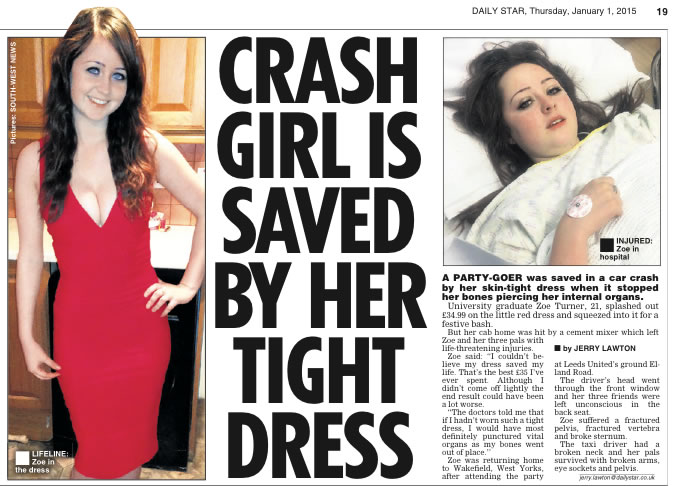 When Zoe Turner contacted us with her story we knew a number of publications would be interested with an interview. She told how her body con dress saved her life after she suffered multiple injuries in a car crash.

Incredibly, doctors told Zoe that her tight attire stopped her bones from popping out and piercing her vital organs. Had the 21-year-old graduate not been donning the £34.99 garment from online retailer Misguided she would not be here today. She said: “I couldn’t believe my dress saved my life. That’s the best £35.00 I’ve ever spent. Although I didn’t come off lightly, the end result could have been a lot worse.”

Earlier this month, Zoe put on the figure hugging number to mark her mum’s leaving do in Leeds. She said: “After the do I met friends and we continued partying until the early hours of the morning.” Around 2:45am the pals got in a taxi to go home. But shortly into the journey, a cement mixer careered into his taxi on the driver’s side. “I was in an unimaginable pain,” she continues, “my body was aching and I just remember thinking – I have to get my belt off. “The pain and restriction my dress was causing was unbearable and I stumbled out of the car.”

She wasn’t the only one injured. The driver’s head had gone through the front window and her three friends, who had not been wearing seatbelts, were unconscious on the back seat. “I thought they were dead,” she recalls, “I was in so much shock I didn’t realise how serious my injuries were.”

Two minutes later, a fire-fighting team arrived and cut open the vehicle to get to the injured passengers. Zoe was rushed to Leeds Hospital and on arrival they cut off her dress. Zoe had suffered multiple injuries including a fractured pelvis, fractured vertebra and broke sternum. She said: “I laid in that hospital bed unable to move my legs. I was so scared, I didn’t know if I’d be able to walk again. I just wanted my parents there – the pain was piercing.”

Incredibly, doctors told her that had she not been wearing a bodycon dress, she would be dead. “He went on to tell me that if I hadn’t worn such a tight dress which held in place my bones as the car impacted,” she continues, “I would have most definitely punctured vital organs as my bones went out of place.”

Zoe remained in hospital for five days before she was discharged. She said: “My mum took me home in her car. My wounds were starting to heal and I was able to walk a lot more than I had been able too. But getting in the car was the hardest thing. When my mum put on the breaks I literally broke down crying.” 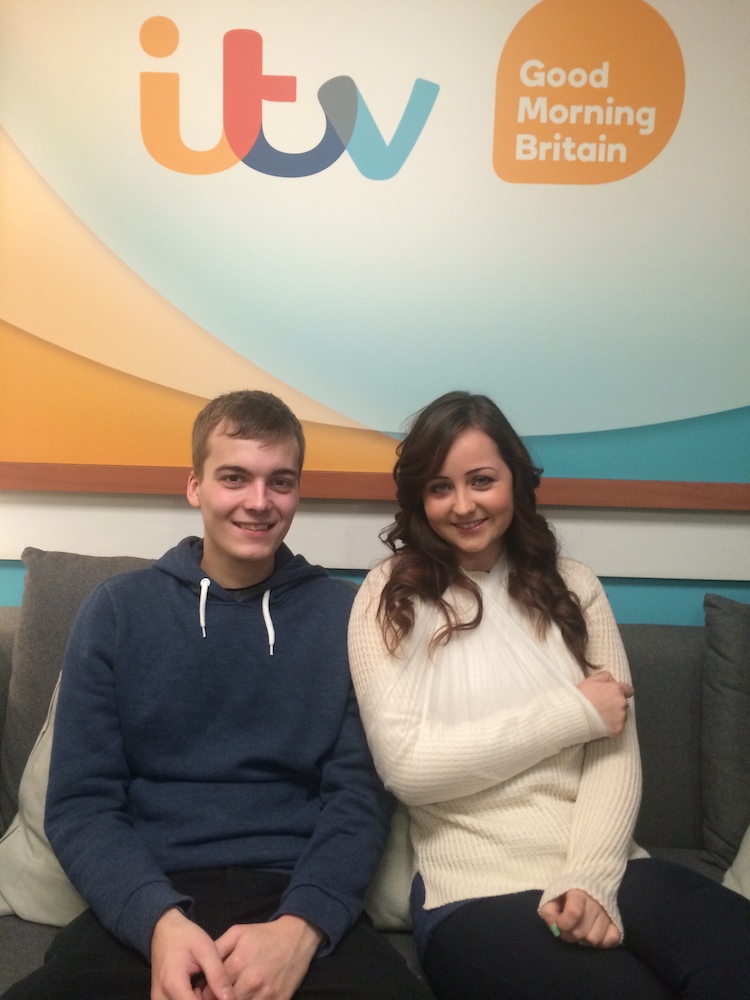 For Zoe, a car journey will never be the same again and whilst her pain is subsiding, the psychological damage has really set in. “I am lucky to be alive, the thought of not having worn that dress makes me shudder. Getting into a car will never be the same – I was meant to start an exciting new role I had worked hard for in a care home and now I don’t know when I’ll be ready to do it.”

We put Zoe’s story out on the news wires and it made in The Mirror, The Sun, The Mail, The Star, The Express, The Telegraph and the Times. Across the pond, it made in the New York Post! Today, Zoe went on Good Morning Britain and told Susanna Reid and Ben Shepherd about her amazing story. We are now in the process of securing her a magazine deal.

If you would like to gain the maximum coverage for your story (and the maximum payments), but still maintain full control of your story, Talk to the Press are at your service. Our service is 100% free to you, so contact us today to find out more. You can also see more about the story selling process here: https://www.talktothepress.co.uk/sell-my-story 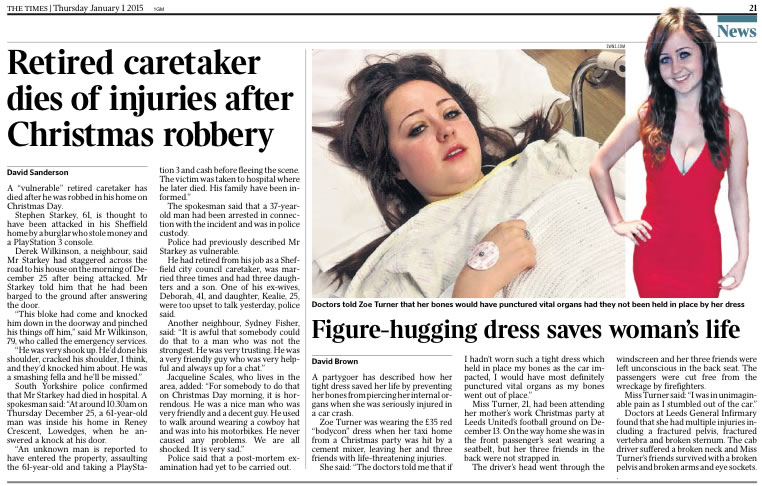 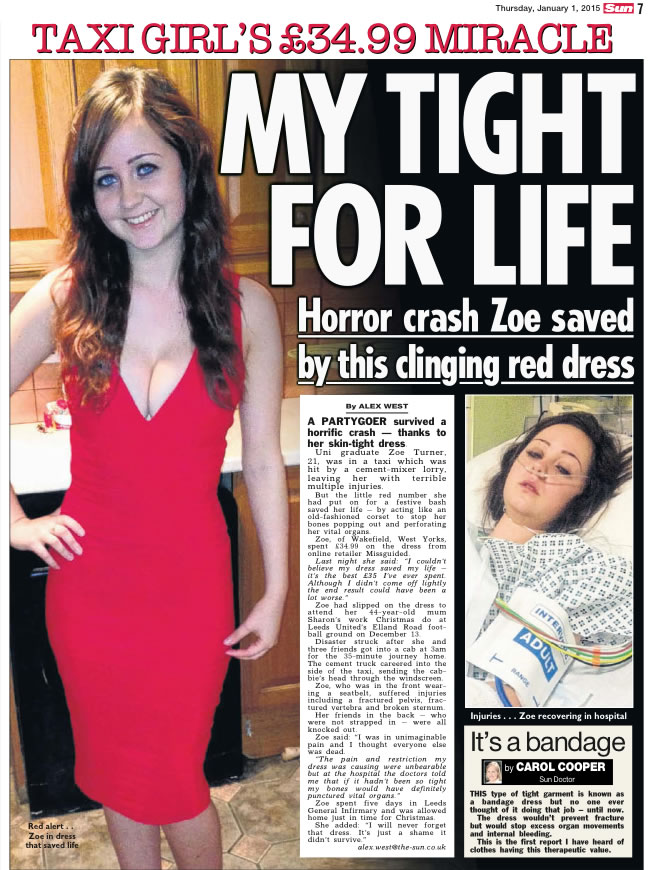 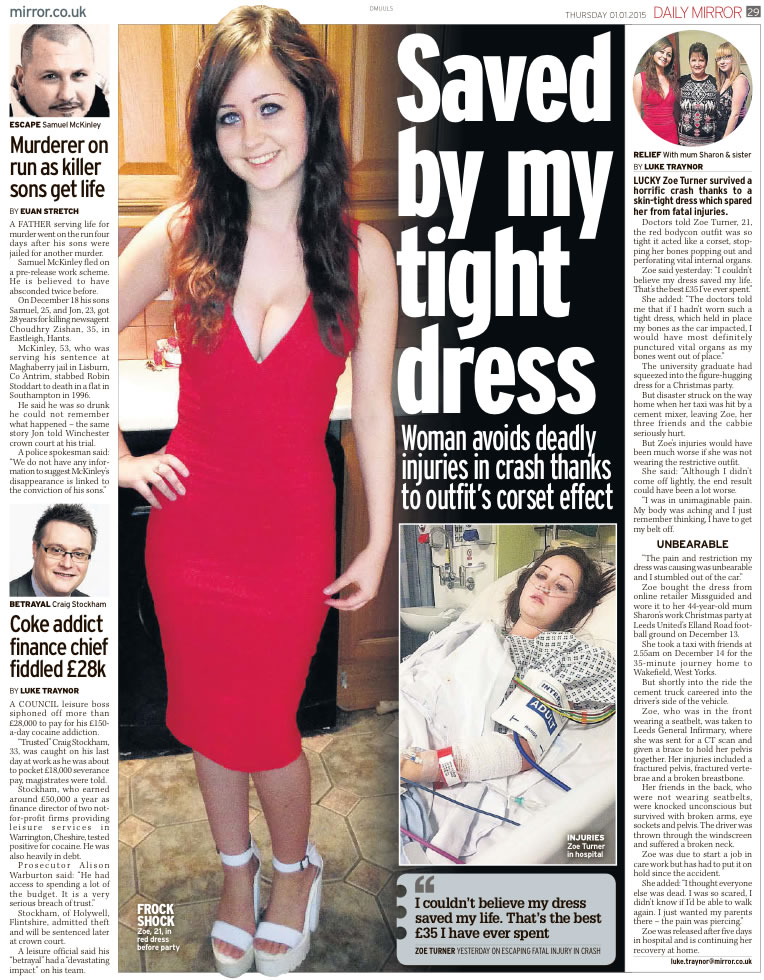 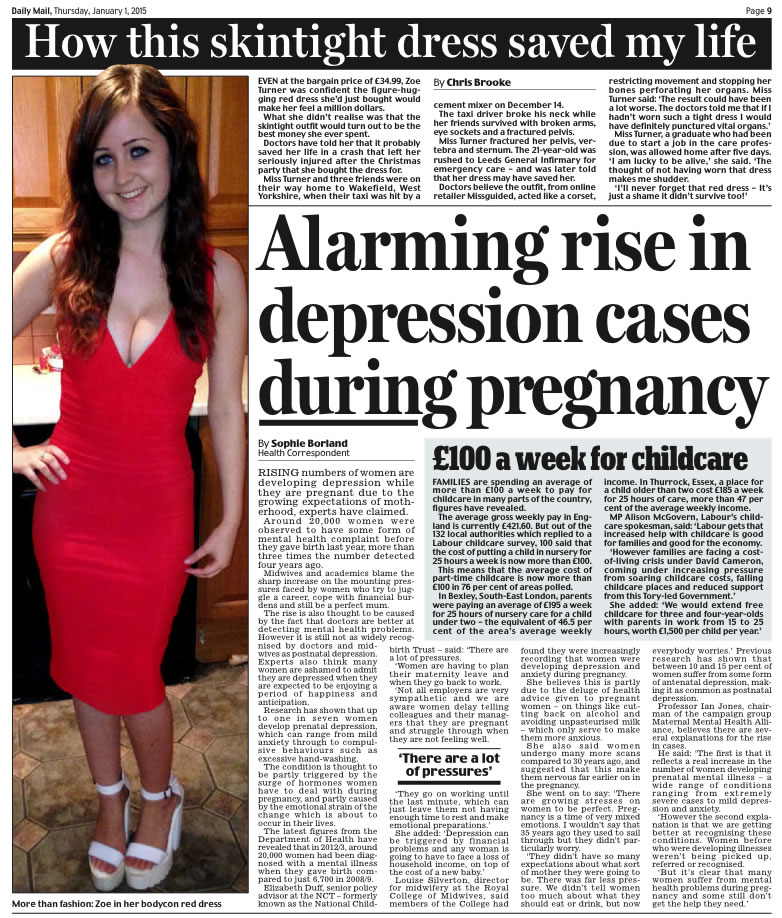 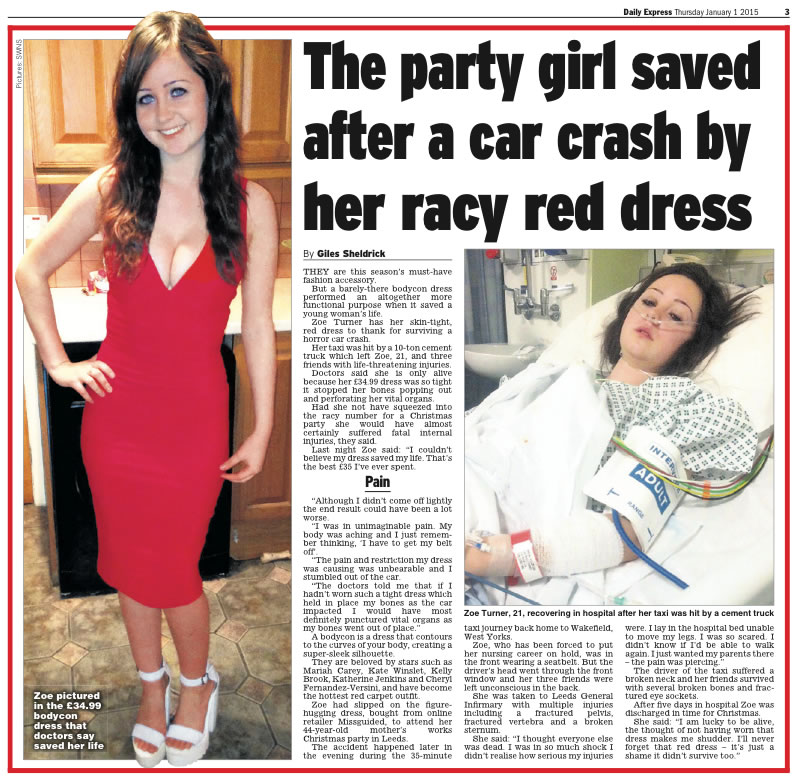 Georgette Culley
← Previous Story Comparing Weddings… we all do it!
Next Story → Tunisian loverat turned me into a street beggar!