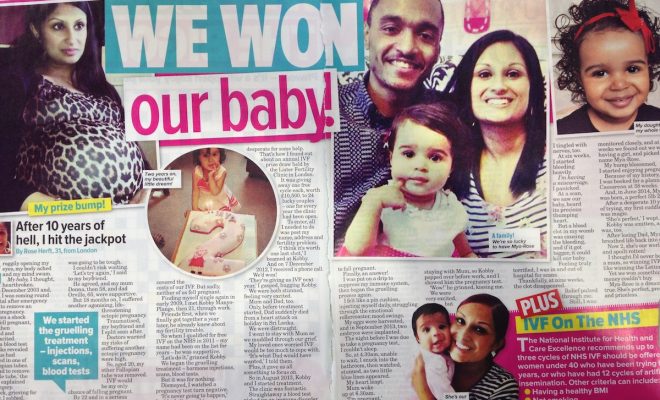 Share an uplifting story with a magazine: “I won my baby in a prize draw”

This week Talk to the Press helped a 29-year-old woman share her heartwarming story after claiming she ‘won’ her daughter in a prize draw after ten years of failed pregnancy attempts.’ Get in touch if you would like to share an uplifting story with a magazine.

Talk to the Press provide a free service and guarantee to secure the maximum fees for members of the public wishing to share their stories. We arranged exclusive deals with Chat and Mail Online/Sun Online: http://www.dailymail.co.uk/femail/article-3765290/Woman-finally-amother-winning-10-000-IVF-PRIZE-DRAW.html

I won my baby in a prize draw 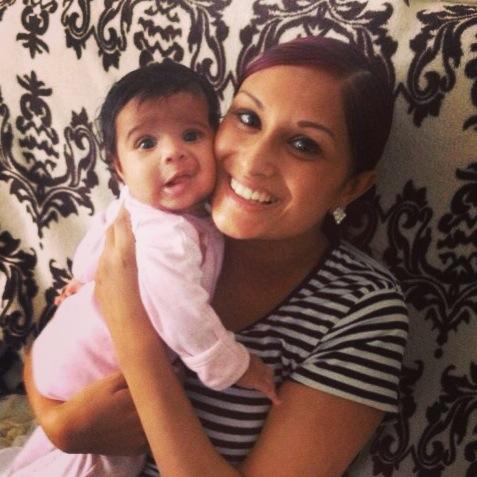 Rose Herft, now 31, from Cricklewood, NW London, had suffered two ectopic pregnancies and two failed rounds of IVF before winning a round of treatment worth £10,500 from a private fertility clinic.

Rose said: “Having Mya-Rose has been such a blessing to our family, we really do feel lucky to have her.

“The fact that we won the treatment in the prize draw was amazing – I never thought we’d actually win.”

Rose first fell pregnant in 2003 when she was just 18, but at 8 weeks she was told that the pregnancy was ectopic, and her fallopian tube was removed.

A year and a half later, she fell pregnant again, but discovered the pregnancy was ectopic and had her other fallopian tube removed.

When she and her partner Kobby Manyo-Plange, 31, started trying for children again in their twenties, she did an ‘egg swap’ where she donated eggs to a woman who couldn’t have children in return for IVF treatment. However, neither she nor the other woman fell pregnant. 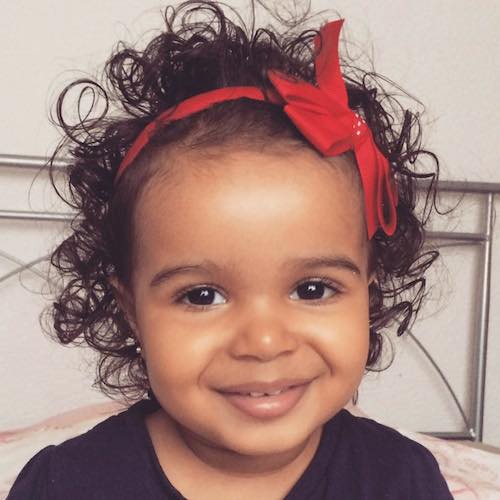 Shortly afterwards, she had a round of IVF at Guy’s Hospital, London, but again it was unsuccessful. She and her partner were about to give up when they entered a prize draw for free fertility treatment from the Lister Fertility Clinic in Chelsea Bridge. Rose was amazed to receive a call to say she was one of 24 lucky women who’d won the treatment.

In March 2013, ten years after her first pregnancy, she started treatment and discovered she had an immune disorder caused by stress which meant her body attacked her embryos thinking they were an infection. She was put on a drip to dampen her immune system, and thankfully fell pregnant during her only free round of IVF.

In June 2014, Mya-Rose was born via planned C-section at a tiny but perfect 5lbs 2oz. Rose said: “We feel so blessed to have Mya-Rose, she’s perfect. Sadly my Dad died a few months before she was born, but I like to think he was helping in some way. It seems like fate.”

Selling your story to a magazine

If you have a story to sell, contact us today. There is no obligation and we’ll never use anything you send us without your permission. Fill out the Story Valuation form to share an uplifting story with a magazine, as well as any other true story that could be suitable for a magazine or newspaper feature.

We’ll give you an estimate for your story based on similar story sales. If you’re happy to go ahead, we’ll auction your story in our daily story auction to find the highest bidder.

Once you’re happy with the offers, we’ll write your story up in full and read it back to you (so you can make any changes) before submitting it to the publication. This means you stay fully in control of your story, and it’s told YOUR way.

For more information, see our Sell My Story – How it Works page.