Talk to the Press winning awards

Since launching, Talk to the Press has won several business awards and multiple journalism awards, not to mention being shortlisted and receiving nominations for other awards.

Paisley won awards for both Feature Story of The Year and The Kevin Fitzpatrick Award (young reporter of the year). Paisley’s winning story was about a stalker victim who called police 120 times before eventually being attacked and stabbed eight times. Whilst her young reporter of the year award was for for a story about a woman who decided to end her severely disabled daughter’s life. Both were tragic stories told with sensitivity and power.

You can read more about Talk to the Press’ success here: https://www.talktothepress.co.uk/behind-the-scenes/talk-to-the-press-wins-two-more-press-awards 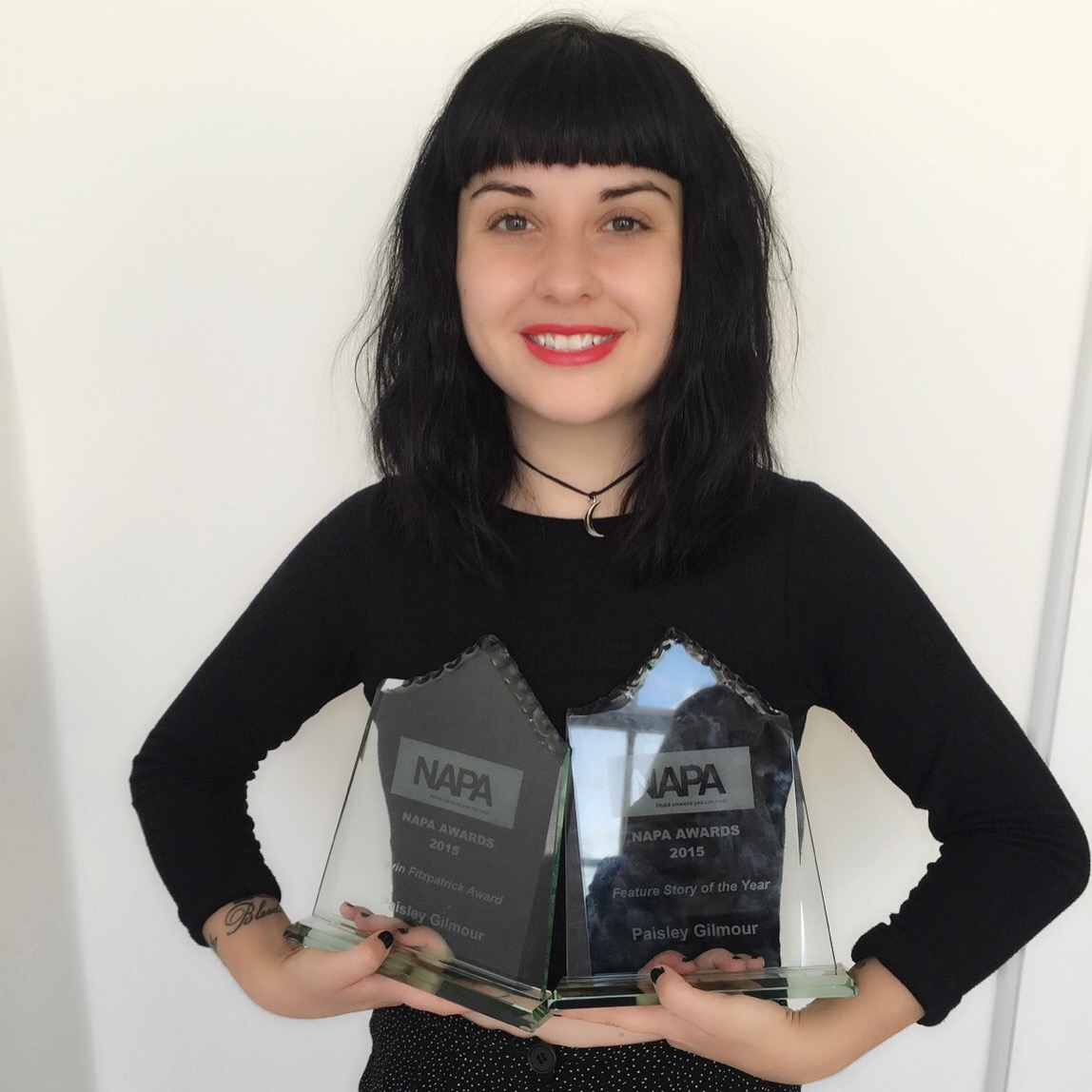 Here is our Paisley proudly holding her two NAPA awards for ‘Young reporter of the year’ and ‘Feature story of the year’.

Other awards of note…

Natasha Courtenay-Smith, founder of Talk to the Press said: ‘We are the only online press agency to have won any business awards at all, and to have been recognised by the likes of Smarta and Management Today magazine is fantastic. The best thing is to know that the business has been evaluated on all levels – and given a seal of approval – by people as well respected and experienced as Deborah Meaden.’