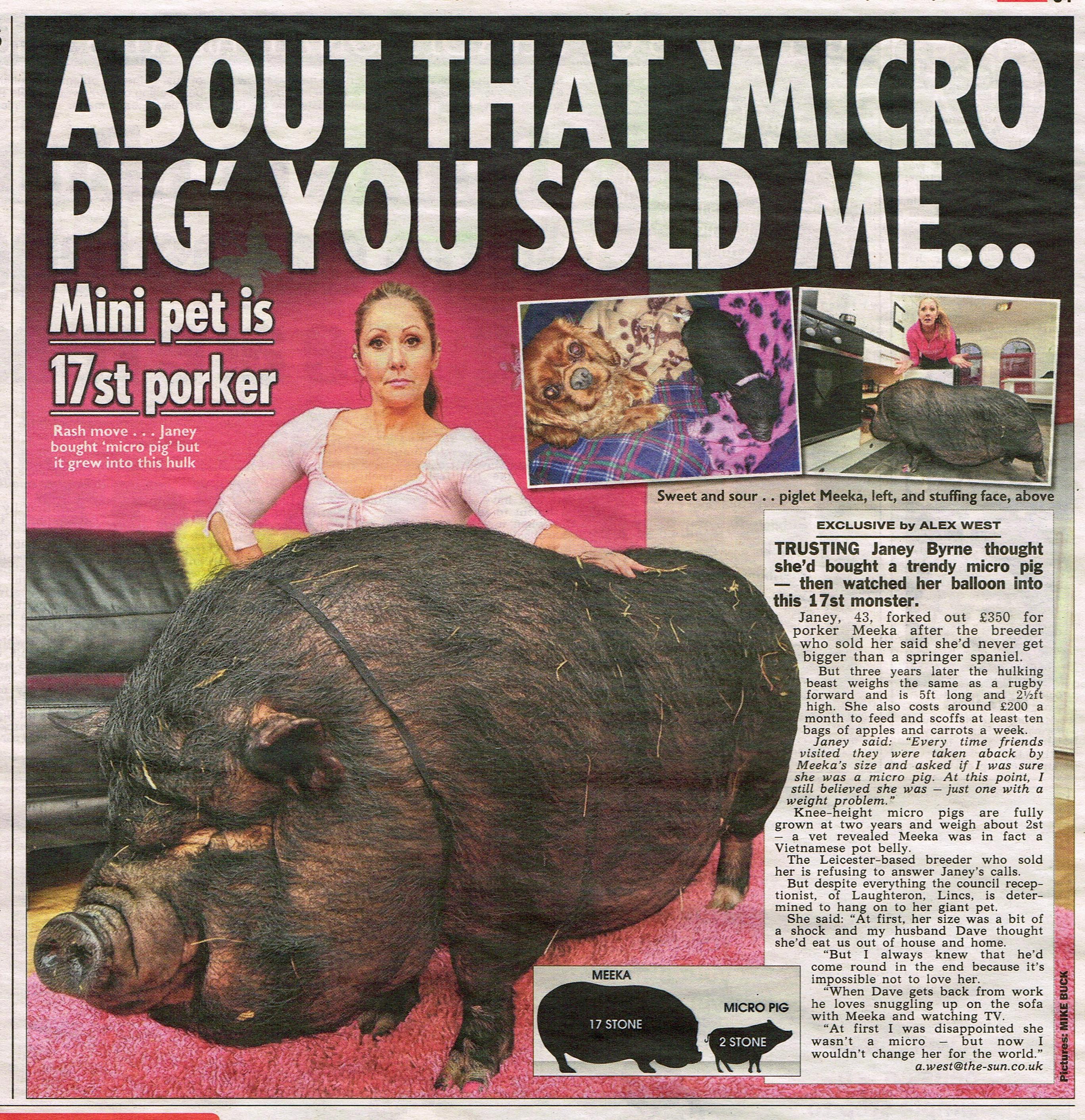 About that ‘Micropig’ you sold me….. 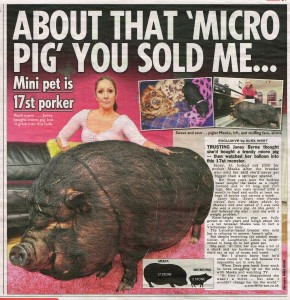 This week Janey Bryne’s story appeared as an exclusive in The Sun after she splashed out £350 for a trendy micro pig, then watched her grow into a 17 stone ‘beast’.

When she bought the pig, Jayne was assured she wouldn’t grow any bigger than a small springer spaniel – but by 12 weeks old Meeka was already bigger than a large dog.

When Janey’s friends visited her home in Lincolnshire they would comment on Meeka’s size and ask Janey if she was sure she was a micro pig – and not a farm pig. At this point Janey still believed she was – just one with a weight problem. But three years later and Meeka weighs a staggering 17 stone.

Janey says Meeka’s size initially caused tension between her and her fireman husband, Dave, 43, but now there’s nothing he loves more than snuggling up on the sofa and watching TV with her. ‘Dave can’t get enough of Meeka now,’ says Janey, 43, who’s a receptionist for the council. ‘When he realised she wasn’t a micro pig he wanted me to get rid of her because she was getting too big for the house. Now she’s part of the family and we wouldn’t change her for the world.’ Vets have now confirmed Meeka is a Vietnamese pot belly pig. Janey and Meeka will be appearing in two popular women’s magazines soon.

If you’d like to sell your story to the Sun, email us on message@talktothepress.com or fill out the form to the right.