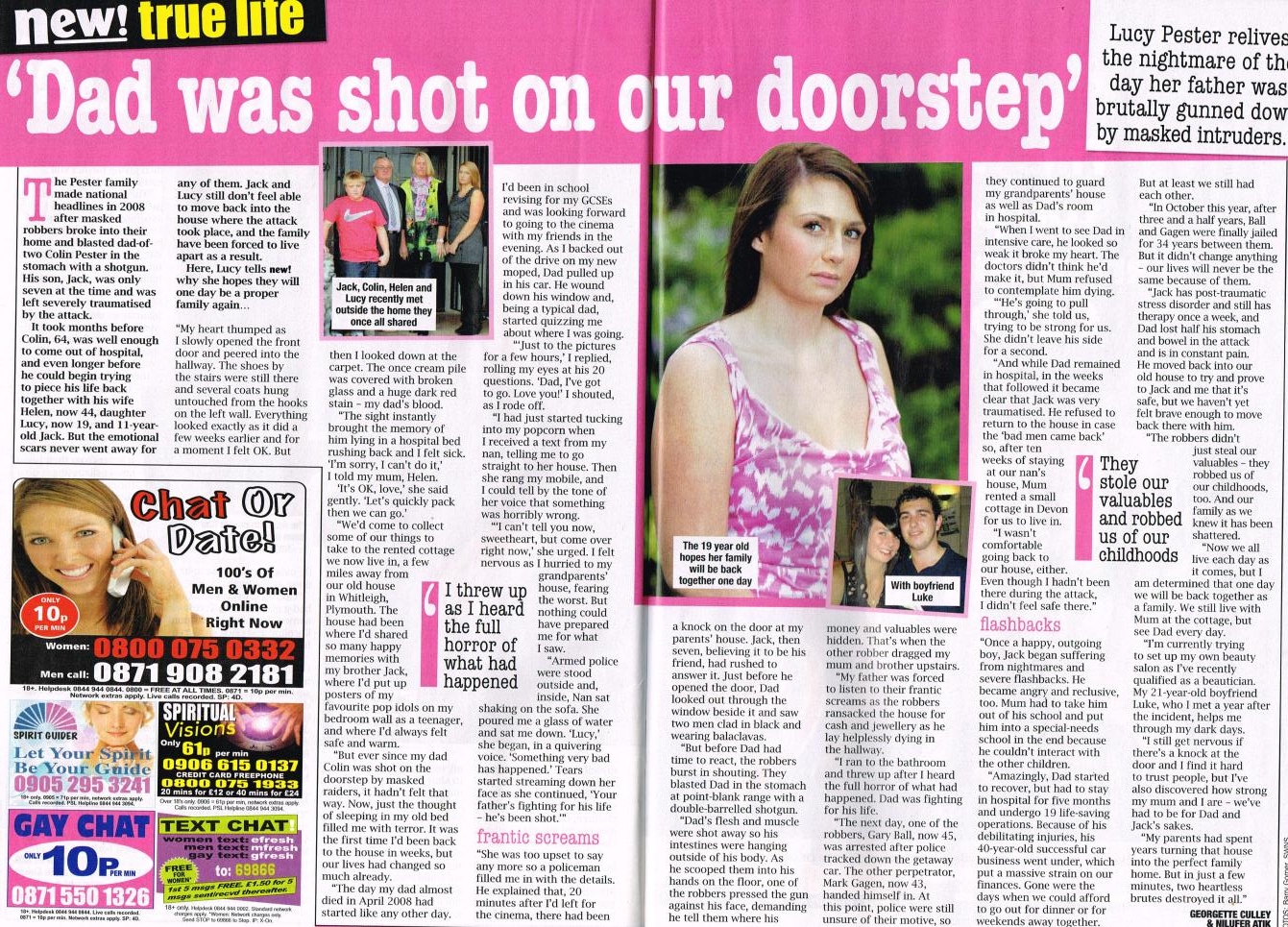 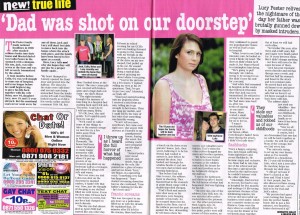 Three years ago, the Pester family made national headlines after two robbers burst into their listed cottage in Plymouth and shot father of two, Colin Pester, 64, with a double barrelled sawn off shot gun in front of his young son.

Daughter Lucy, who was 16 at the time, was enjoying a night out at the cinema with her friends when she received frantic calls from her grandmother telling her something bad had happened and she needed to go to her house immediately.

When Lucy turned up at her grandparents’ house armed police were surrounding it. She knew immediately that something was seriously wrong – but nothing could have prepared her for the devastating news that her father was fighting for his life in hospital.

Against the odds, Colin pulled through, but he remained in hospital for five months and underwent 19 lifesaving operations. He lost half of his stomach and bowel from the attack and due to his debilitating injuries his successful car business has folded.

We have been helping the family manage press attention, and secure the best deal for any interviews they do. The family have already appeared in the Sunday People, and this week, Lucy appears in New magazine where she speaks about how her family are getting closure following the perpetrators being sent to prison. ‘My parents had spent years turning that house into the perfect family home,’ says Lucy, who is a beautician. ‘But in just a few minutes, two heartless brutes destroyed it all. But I have hope that we will get through this and live properly as a family again.’

Talk to the Press
← Previous Story TTTP helps Andrea Calland handle press attention after rare Chinese vase fetches £228k
Next Story → This week’s Woman’s Own magazine: the eight year old girl who will have Christmas in black and white