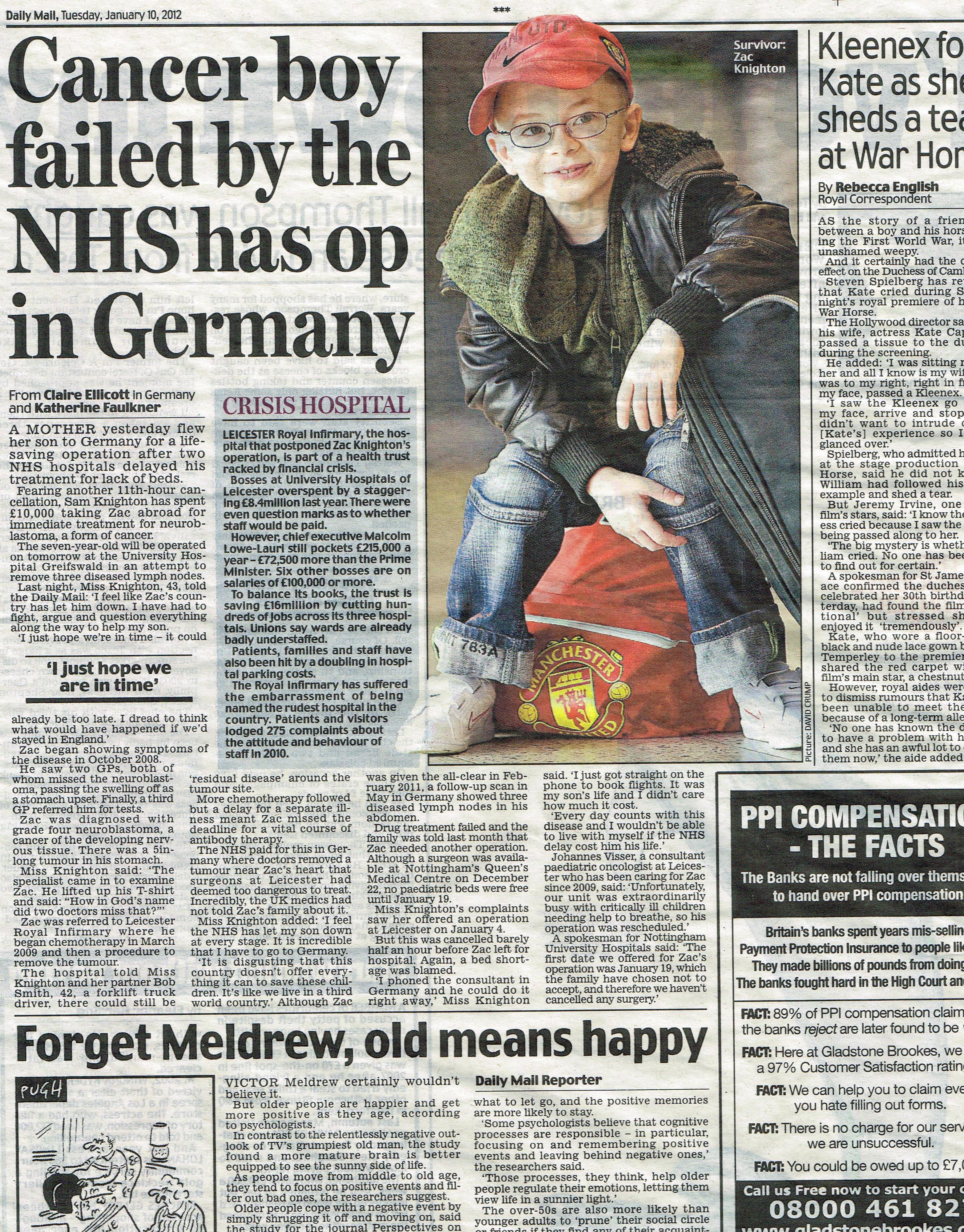 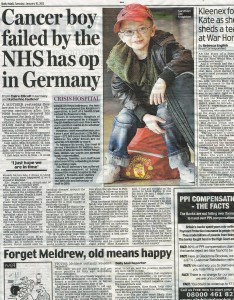 As soon as we heard about the desperate situation faced by Sam Knighton, we knew a newspaper would be keen to feature her story.

Sam’s little boy Zac, 7, is battling cancer, and his lifesaving operation has been cancelled twice due to bed shortages.

In desperation, Sam decided to take her son to Germany where she is spending thousands of pounds for him to have the operation privately.

She says: ‘I feel like Zac’s country has let him down. I have had to fight, argue and question everything along the way to help my son.’

The Daily Mail are keen to continue supporting Sam in her fight for treatment for Zac. She says: ‘Every day counts with this disease, and I wouldn’t be able to live with myself if the NHS delay cost him his life.’

Talk to the Press
← Previous Story Eight years, £36k of IVF and a surrogate – incredible TTTP story appears in the Sun newspaper.
Next Story → Brave Robyn Fellows, age 9, shares her story with Daybreak and the Mail on Sunday