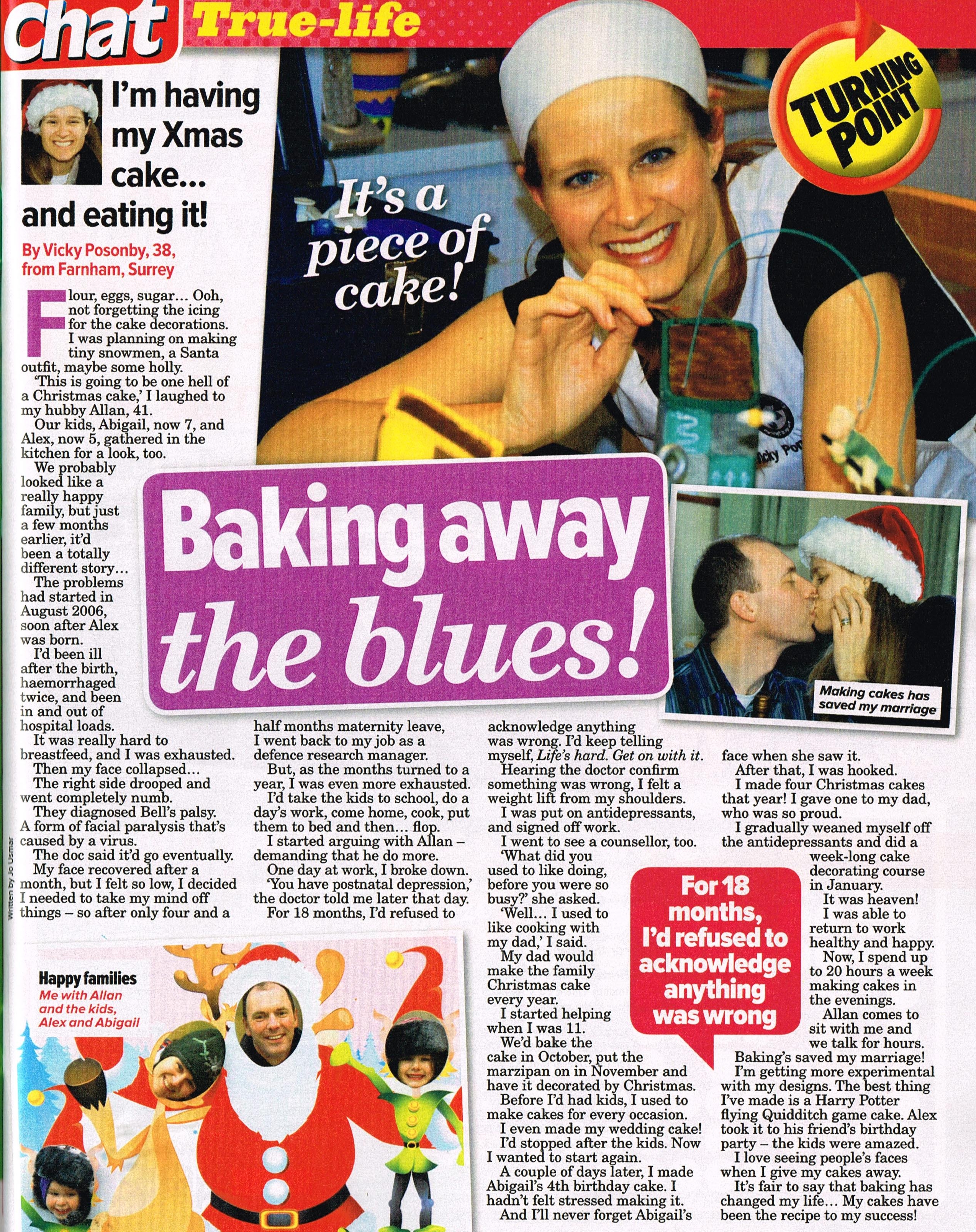 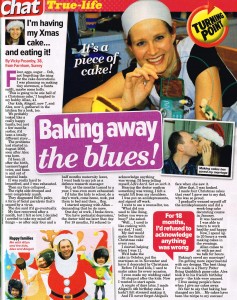 This week, Vicky Ponsonby features in Chat magazine where she talks about how baking Christmas cakes cured her postnatal depression and saved her marriage.

Vicky, now 38, had always enjoyed cooking but with a hectic career as a defence engineer and a young child had only ever had time to make the occasional cake – most often at Christmas time.

Complications after the birth of her second child, Alex, now 5, left the usually upbeat Vicky feeling incredibly low. The sudden change lead to a rocky patch in her relationship with her husband and juggling a demanding career and motherhood meant there was little time to try and fix the problems.

In 2007 Vicky was diagnosed with postnatal depression and underwent a series of counselling sessions before being put on anti-depressants. During the sessions the therapist uncovered Vicky’s passion for baking and suggested she indulge. She did, and in 2009 started courses at the School of Sugarcraft. Now each night once the kids have gone to bed, Allan will sit talking to her as she whips up fantastic creations.

Vicky makes weekly trips to the supermarket to stock up and works hard to perfect each cake. Her fridge is routinely packed with 60 eggs and 3kg of butter and Allan has been forced to build a utility room to store all the ingredients as there is no longer room in the kitchen cupboards. She rarely sells her cakes, instead preferring to give them away as gifts and each day turns up to work with a new batch of cupcakes. Her six-year-old daughter Abigail also enjoys helping and all the family love nothing more than tucking into the tasty treats.

Vicky is amazed baking was the cure to her depression and says she’s never been happier.

We’re always interested in stories of people overcoming adversity. If you’ve got a story you’d like to share with a newspaper or magazine, email us on message@talktothepress.com