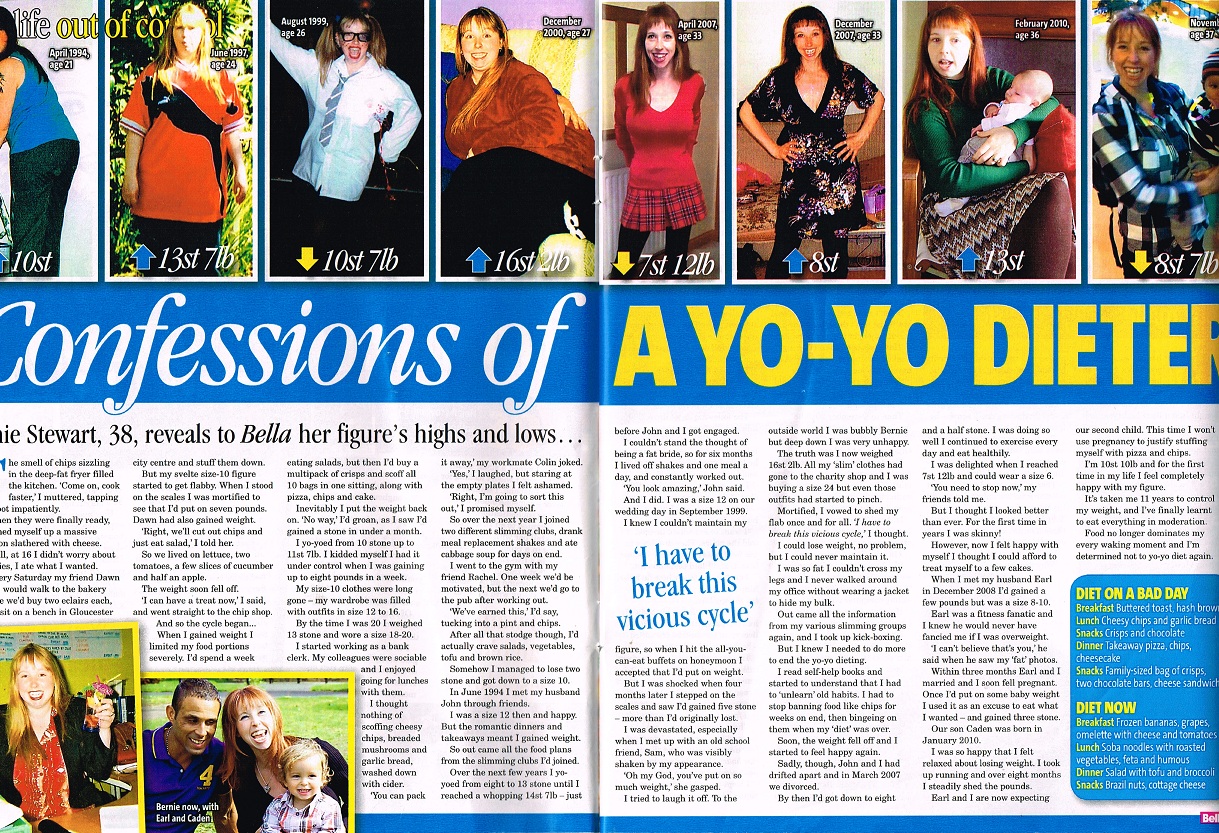 Confessions of a Yo Yo dieter – this week’s Bella magazine 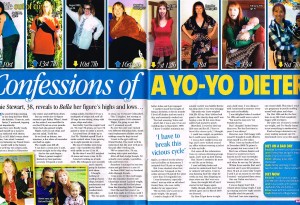 Bernie Stewart contacted us as she wanted to share her amazing story of being a serial yo-yo dieter. We placed her story in Bella magazine, where she charts the highs and lows of her figure over the years, and she is also due to appear in Chat magazine.

Bernie, 38, is now a trim size 10 and weighs just over 10 stone, but for years her weight fluctuated massively. She has been a size 24, a size 6 and every size in between!

At her heaviest Bernie weighed more than 16 stone and was a size 24. She started putting on weight as a teenager and would binge on cheesy chips and fatty takeaways.

Bernie tried various fad diets, and even experimented with slimming pills, and throughout her twenties her weight yo-yoed between nine and 13 stone. But she would always regain what she had lost – plus more.

Before her first marriage, Bernie lost four stone in just six months by going to the gym every day and living off a diet of Slim Fast shakes. But she couldn’t sustain the weight loss and it all piled back on again within months.

Over the next few years Bernie’s weight continued to yo-yo. She embarked on a raw food diet in 2007 and at her smallest she weighed just 7 stone 12lbs and was a tiny size 6.

She met her current husband Earl when she was around 8 stone in December 2008 and since then she has managed to maintain a healthy size through overhauling her eating habits.

Finally, 20 years and several diets later, Bernie has reached a weight she is happy with. She now weighs just over 10 stone and is currently pregnant with her second child.

She says: ‘Looking back at old photos, I can’t believe it’s me. At my biggest I could easily polish off ten packets of crisps in one sitting. Now I adore fresh vegetables, fruit and smoothies. But if I want a piece of cake I won’t deny myself. It’s all about keeping a balance. I’m happier than ever.’