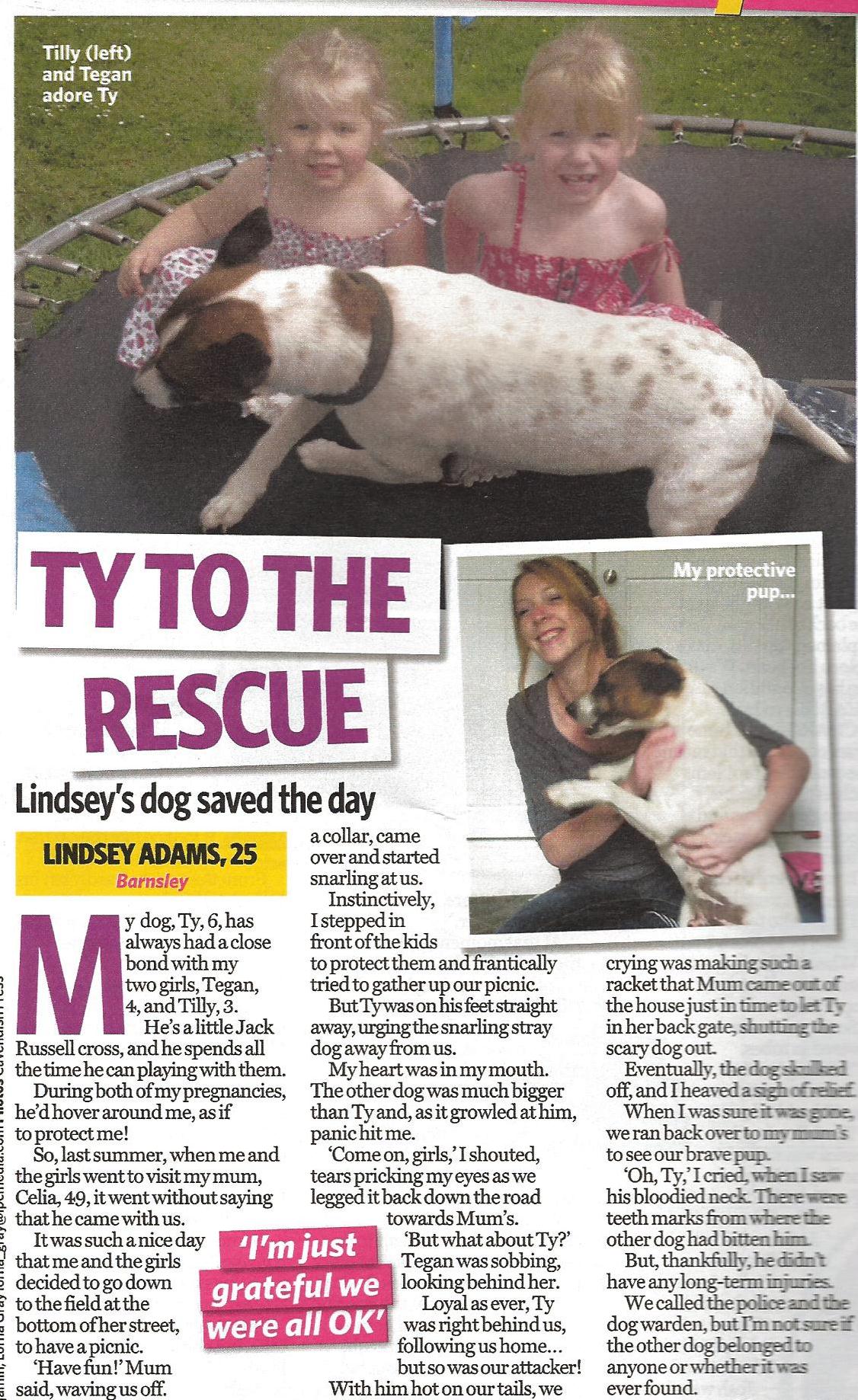 Courageous dog saves his family – TTTP story in Pick Me Up! magazine this week 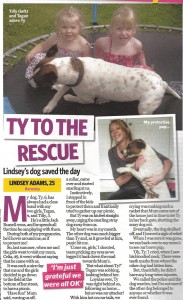 When we heard about Ty, the little Jack Russell cross who risked his life to take on a vicious Staffordshire bull terrier that was threatening his owner and her two young children, our hearts melted.

Last summer, Lindsey Adams, 25, and her daughters Tegan, 4, and Tilly, 3, were enjoying a picnic in the sun when they were set upon by a stray dog. Fearing for her children’s safety, Lindsey stepped in front of them as the dog snarled and bared his teeth. Thankfully, Ty their beloved family pet leaped to the rescue to protect the three of them.

In a panic, Lindsey grabbed the girls and sped home but that didn’t deter the Staffie, who followed in hot pursuit. Ty remained loyally behind them the whole way home making sure the dog could get nowhere near his family. A fight ensued and poor Ty was left with a bloodied neck and teeth marks from where the Staffie had attacked him. Thankfully, Ty’s wounds have since healed and he’s emerged unscathed from the ordeal.

Lindsey says: “I’m so grateful we are all ok. Who knows what would have happened if brave little Ty hadn’t been there. Our protective pooch saved the day! I can’t believe a tiny Jack Russell had the courage to stand up to a Staffordshire bull terrier.”

National newspapers and magazines love pet stories, especially stories about heroic animals who have done something incredible for their loved ones. If there is a pet you’d like to honour in print, email us via the sell my story form to the right or on message@talktothepress.com

Talk to the Press
← Previous Story ‘Thankyou for helping me sell my story to a women’s magazine….’ says TTTP client
Next Story → In defence of tabloid journalists