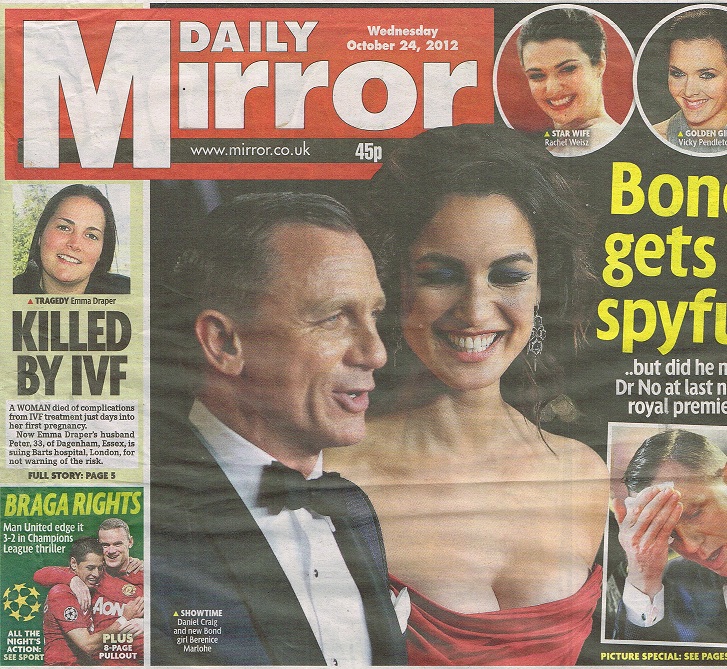 Coverage in Mirror, Express and Sun newspapers for the husband whose wife was killed by IVF 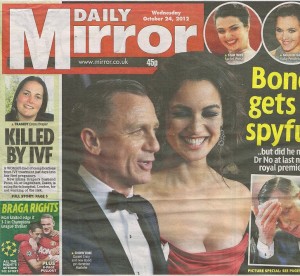 Emma and Peter Draper thought all their dreams had come true when a pregnancy test came back positive just two weeks after starting IVF treatment. But their joy turned to tragedy just four days later when Emma, 26, suffered severe chest pains and fell into a coma from which she never recovered. She died of multiple organ failure caused by blood clotting.

Tests later revealed her death was triggered by complications of new medicine she was given for her life-long blood condition. Since the age of 17 Emma had suffered from Antiphospholid Antibody Syndrome (APS) – an illness that affects the immune system and causes blood to clot.

Emma was worried that her underlying illness may have been causing her to fall unwell, although the couple were never been told having IVF would affect this illness. Devastated Peter, 33, claims they were never warned of the danger of IVF treatment and is now taking legal action against the hospital involved.

The hospital’s own inquest and hearing absolved both the GP and hospital of liability, saying that they had provided Emma with suitable advice and anti-blood clotting medication. Peter maintains that had he and his wife truly understood the risks, they would have adopted. He says he’s lost the love of his life and wants to share his story in order warn others that IVF isn’t always the easy route to a baby.

Peter says: ‘I can’t help feeling angry. Nobody told us IVF could be life threatening. It’s meant to be somethign that brings life into this world, not takes it away.’

Talk to the Press
← Previous Story I spent 20 years looking for my long lost family – then I found them through the Internet in less than five minutes!
Next Story → Anorexia left me trapped in a child’s body