Do you have a front page story but want to remain anonymous? 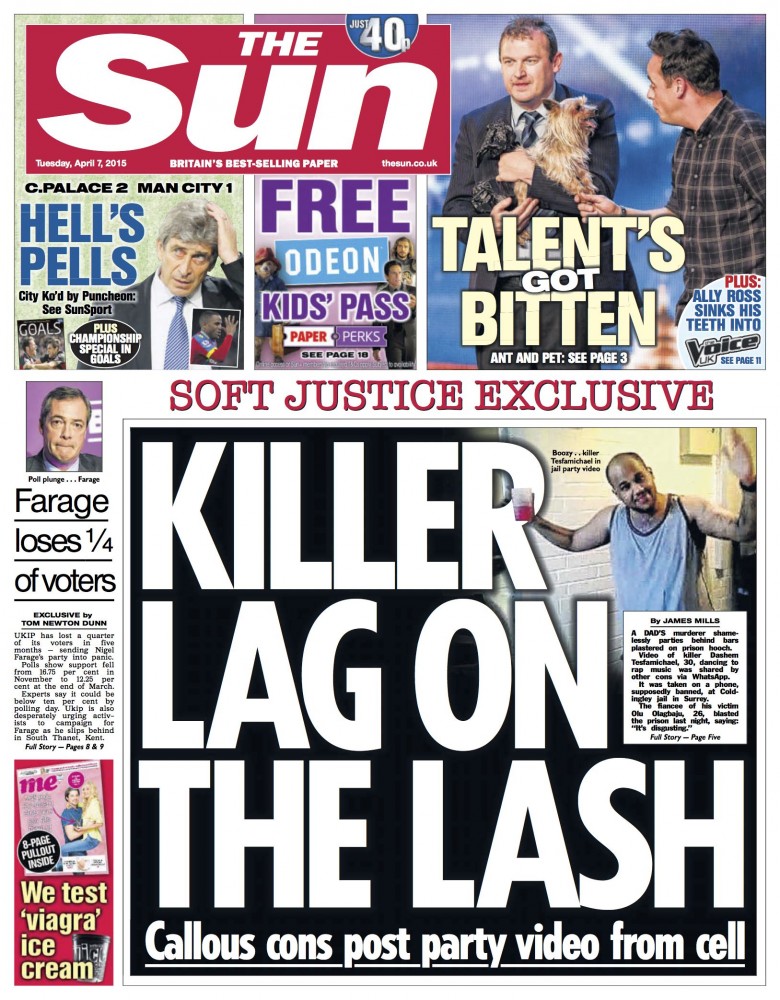 Have a story but want to remain anonymous? We often work alongside people who wish to expose a person/ company or establishment of wrongdoing but don’t want to be identified.

At TTTP we ensure that all our tipsters and whistle blowers are 100 per cent protected. To put their mind at ease, we send a confidentiality agreement straightaway which ensures nothing will be published without their permission. 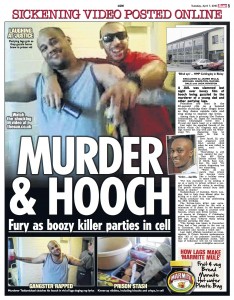 Once they’re happy with an offer we’ve secured them, we pass over contacts to the paper and get the ball rolling.

Once the copy has been written we get the final copy back from the paper and read it back to the tipster to ensure they’re happy with it.

If they wish to go through it with a toothcomb, we’re happy to – anything to put their minds at ease.

Recent Front Page Story Talk to the Press was behind

This week, The Sun printed the shocking footage of a convicted murderer throwing a booze-fuelled party – in his prison cell.

We obtained the video from the tipster and passed it onto our close contacts at The Sun.

The shocking footage, filmed on an illicit mobile phone, shows the 30-year-old murderer with pals inside HMP Coldingley, in Bisley, Surrey.

At one point the camera showed a window ledge in the Category C prison full of sweets, snacks and drinks.

Tesfamichael, of Camden, north London, was jailed in 2008 for a minimum of 13 years after admitting stabbing a young father to death. A prison insider said: “It’s ridiculous.

“A kid is growing up without a father and Dashem is partying like there’s no tomorrow. He should be paying for what he did. They make prison wine from Marmite and other things, and then after a few weeks it’s ready to drink.”

The prison houses around 500 inmates serving sentences of varying length. A Prison Service spokesperson said: “All of the prisoners involved in this will face disciplinary action.

“This type of behaviour will not be tolerated.”

“Talk to the Press were great, they made me feel at ease and helped me every step of the way.”

Simply complete the story valuation / contact form on the right hand side of this page and one of our team will get back to you to find out a little more information. Nothing will be printed without your permission and all enquiries are speculative only.

Talk to the Press cannot be beaten in terms of the fees we pay. To find out more visit our Sell Your Story page.

Georgette Culley
← Previous Story We lost it all, and now we live in our car
Next Story → Have a story about a Premiership footballer but wish to remain anonymous?