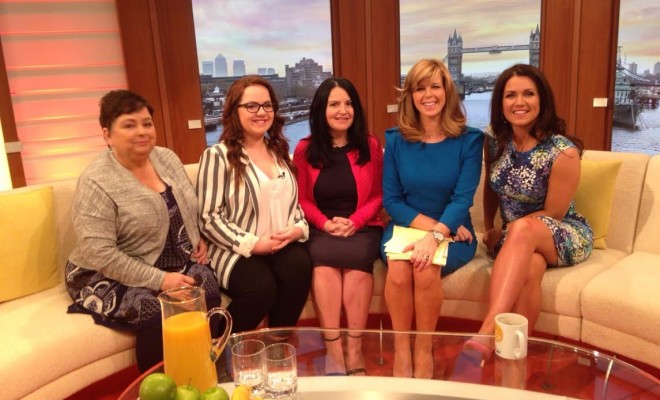 Do you want to appear on TV to tell your story?

Talk to the Press client goes on Good Morning Britain to raise awareness over early-onset dementia after she developed the illness at just 39 years old. If you would like to appear on TV to share a story, get in touch today.

Kelly Watson nearly moved us to tears when she got in touch regarding her story on early-onset dementia. Heartbreakingly, at just 41 years old, the mother is the youngest in her dementia support group by about 20 years. Just like Oscar Winner Julianne Moore’s character in Still Alice, Kelly started showing worrying dementia symptoms at just 39.

As Kelly’s symptoms became worse, she lost her civil servant job because speaking on the telephone and doing simple written exercises became impossible. 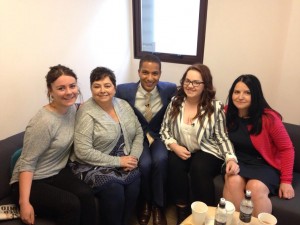 Amazingly, when Kelly’s mum Moira, 62, a retired factory worker suggested she be tested for dementia, her GP ruled it out because “she was so young and only affects people over fifty”. She was finally diagnosed with early onset dementia on her 41st birthday – after showing the symptoms for three years.

Like Alice in the film, Kelly has had to explain to her 17 year old daughter, Holly, that one day she may not recognise her and that she will also need to be tested for the disease.

Last year, Kelly and Holly moved back in with Moira and her stepfather William, 52, an engineer, in Gateshead as bathing, cooking and dressing herself became impossible. Heartbreakingly, Kelly says she has also accepted that she will never fall in love or get married.

Now, fighting a condition she knows will only get worse, the mum says she’s scared she’ll forget her parents, daughter and siblings Lisa, 39, and Michael and Michelle, 43 in the future. Kelly wanted to speak out about early onset dementia and raise awareness over the illness.

“I try not to think about the future because it gets me stressed and upset. All I can do is spend time with my family and hope for the best,” says Kelly, “I’m terrified of forgetting them, but feel so lucky to have their love and support.”

Securing the best national coverage for our clients

We placed Kelly’s story with The Sunday Mirror before we put it out on the news wires where it made several more national papers.

Today, as part of Dementia Awareness Week, Kelly went on Good Morning Britain with her mum, Moira, 62, and daughter, Holly, 17, to talk about the devastating effect the illness has had on her and her family.

The brave mum told Susanna Reid and Kate Garraway about her heart-breaking story. We are now in the process of securing her a magazine deal.

Our reporter Amy accompanied Kelly and her family onto the Good Morning Britain set and took a few behind the scenes photos, including one of the family with Suzanna and Kate on the sofa. 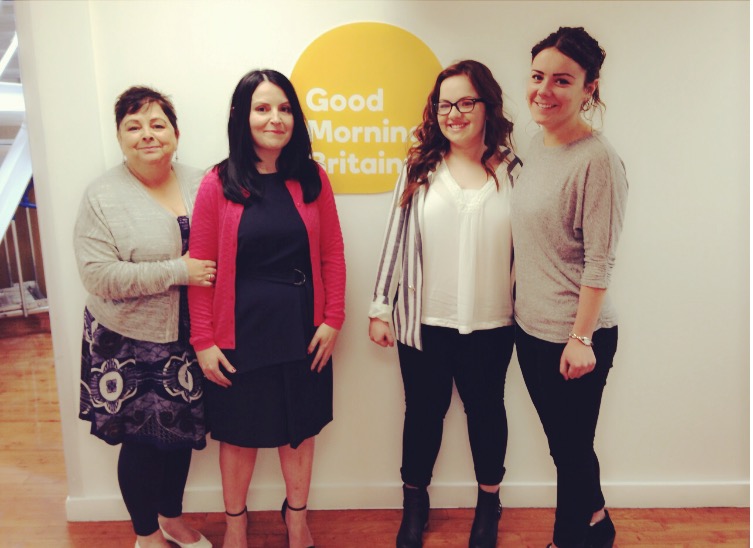 If you’ve ever considered appearing on Good Morning Britain, and would like to gain the maximum coverage for your story (and the maximum payments), but still maintain full control of your story, Talk to the Press are at your service. Our service is 100% free to you, so contact us today to find out more. You can also see more about the story selling process here :https://www.talktothepress.co.uk/sell-my-story