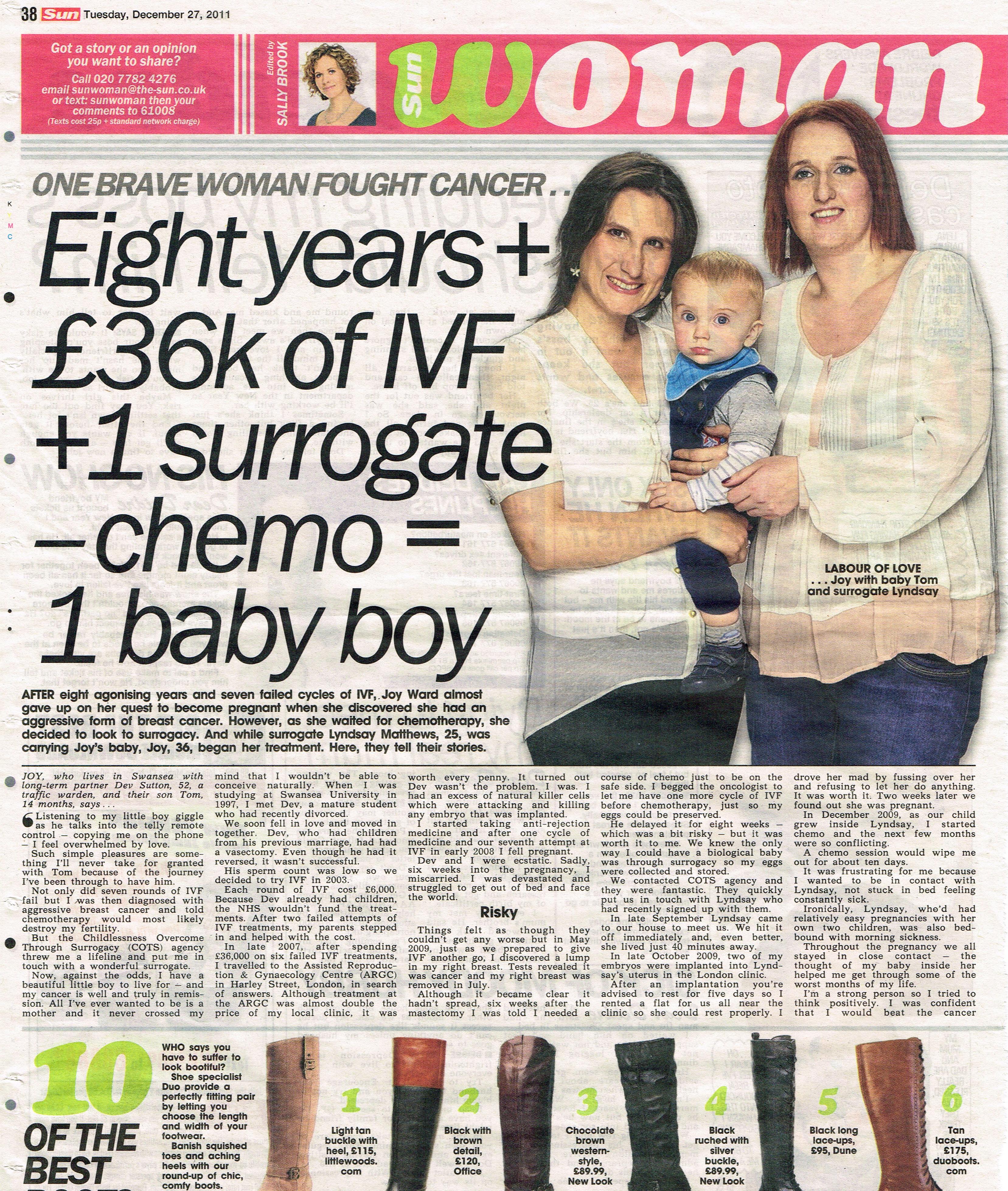 Eight years, £36k of IVF and a surrogate – incredible TTTP story appears in the Sun newspaper. 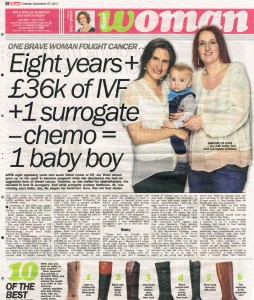 Joy Ward, 36, from Swansea, almost gave up on her dreams of becoming a mother when she was diagnosed with an aggressive form of breast cancer in May 2009. Unlike most breast cancer sufferers, Joy wasn’t scared of dying, or losing a breast, she was scared the inevitable chemotherapy would destroy all her viable eggs – making it impossible for her to continue with future IVF treatment.

Joy, who had already spent £36,000 on seven failed IVF treatments over the space of eight years, begged her oncologist to postpone her chemotherapy so she could have one more cycle of IVF and preserve her eggs.

By this point, Joy and her long-term partner, Dev Sutton, 52, knew their only chance of having a baby would be through surrogacy – so in September 2009 they contacted COTS agency and explained their desperate situation.

COTS set them up with a first-time surrogate, Lyndsay Matthews, 24, and incredibly Lyndsay agreed to help and two of Joy’s embryos were implanted into Lyndsay’s uterus two weeks later.

In early October, Lyndsay was delighted to announce the implantation had been a success and she was pregnant. As Lyndsay attended hospital appointments for the pregnancy – Joy underwent gruelling chemotherapy sessions.

In August 2010, Lyndsay gave birth to a beautiful baby boy and Joy was the first to hold him. We sold Joy’s incredible story to the Sun, and she will soon be in a women’s magazine too. We’re always looking for heartwarming stories like Joy’s. If you’ve got a story you’d like to share, email us on message@talktothepress.com