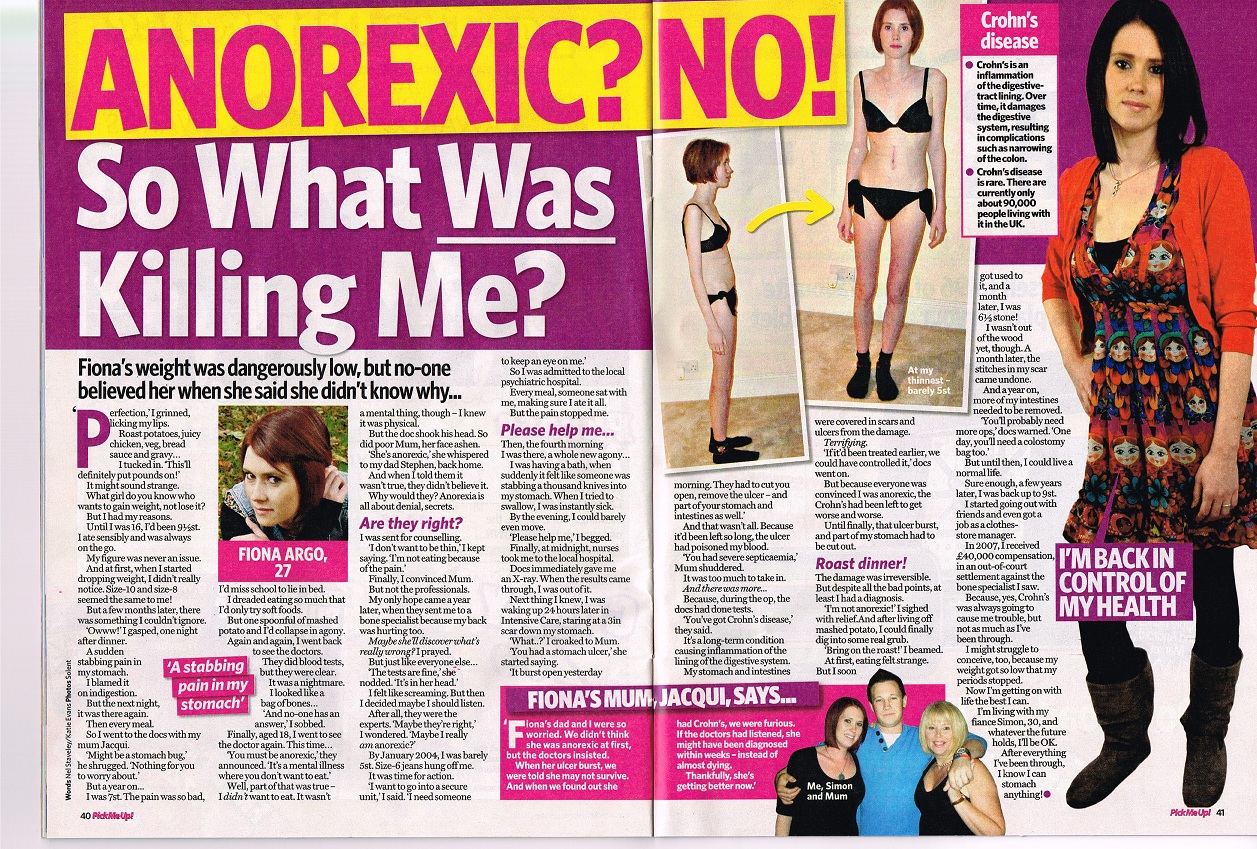 Fiona Argo shares her story with Pick Me Up magazine 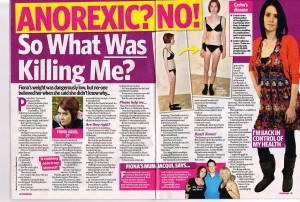 Also this week, Fiona Argo appears in Pick Me Up, where she talks about her battle to convince doctors she wasn’t anorexic after her weight dropped to just five stone. Doctors refused to believe Fiona wasn’t suffering from an eating disorder, despite the fact she was in constant pain every time she ate a meal. In the end, the pain became so unbearable that Fiona stopped eating altogether…

Eventually she checked herself into a psychiatric unit, believing she must be anorexic, but on the fourth day she collapsed in agony and rushed to hospital.

There doctors discovered Fiona had a huge stomach ulcer and was in fact suffering from Crohn’s disease, which causes chronic inflammation of the bowel and intestines.

In 2007 Fiona received £40,000 in an out of court settlement against one of the doctors responsible for her misdiagnosis, and she gradually began to recover.

We originally sold Fiona’s story to the Daily Mail and she is also due to appear in a glossy magazine too. She says: ‘I’m so glad I could raise awareness of this horrible condition. I’m getting on with my life now.’

If you have a health story email us at message@talktothepress.com