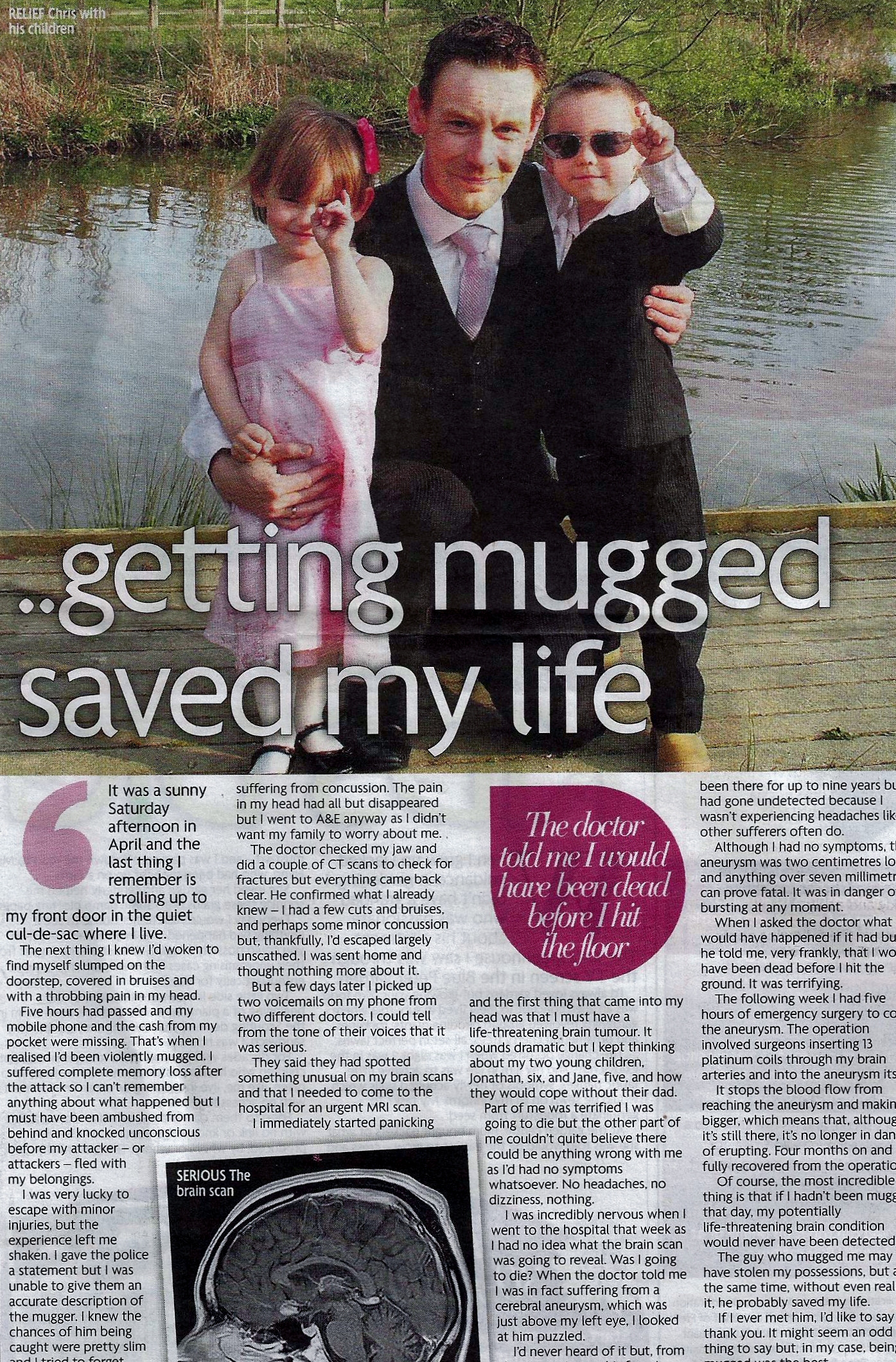 ‘Getting mugged saved my life’ – TTTP story in Daily Mirror 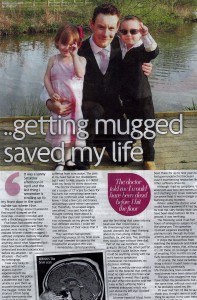 When Chris Liggins told us how getting mugged ended up saving his life, we knew a newspaper would want to interview him, and his amazing story appeared in the Mirror.

37-year-old Chris was gutted when he was mugged and beaten unconscious in broad daylight outside his home earlier this year. He has no memory of the attack and simply remembers waking up on his doorstep. Thankfully he escaped with just a few cuts and bruises but his worried mum persuaded him to go to the hospital in case he had suffered concussion.

But it turned out to be the best decision he ever made, as the doctors detected an abnormality on his brain. To his horror, he was diagnosed with a potentially life-threatening brain aneurysm, a large blood-filled bulge on the brain that would be fatal if it erupted. It was entirely unrelated to the mugging and was thought to have been there for years.

Although his attacker was never caught, Chris says he actually feels gratitude towards the man who mugged him for his phone and wallet that day.

‘The doctors said that the aneurysm would have been fatal if it had erupted, says Chris. ‘They said I would have been dead before I hit the ground. The guy who mugged me may have stolen my possessions but, at the same time, without even realising it, he probably saved my life. Fate was definitely on my side that day.’

If you have an incredible story you’d like to share with a national newspaper or women’s magazine, email us on message@talktothepress.com