Have a story about a Premiership footballer but wish to remain anonymous? 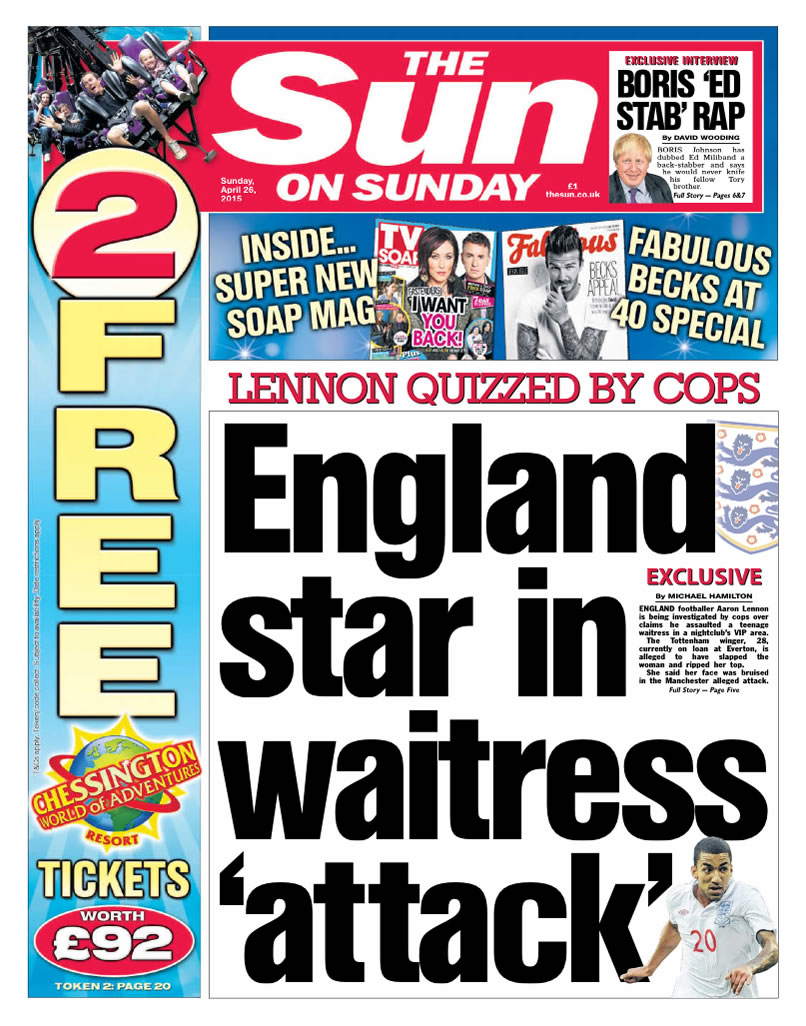 DO YOU HAVE A STORY ABOUT A PREMIERSHIP FOOTBALLER BUT WISH TO REMAIN ANONYMOUS?

Naturally, tipsters can be wary to speak to newpapers directly – fearing they may use their tip without paying them or they’ll be identified in the process. We have heard several horror stories in the past. However, Talk to the Press ensure that you get paid and you remain anonymous because everything is brokered through us (so you will never have direct contact with any newspapers).

At Talk to the Press we ensure that all our tipsters are 100 per cent protected. To put their mind at ease, we send a confidentiality agreement straightaway which ensures nothing will be published without your permission.

Once you are happy with the offer we’ve secured you, we will get the ball rolling. After the copy has been written we get the final copy back from the newspaper and read it back to you to ensure you’re happy with it.

If you wish to go through it with a toothcomb, we’re happy to – anything to put your mind at ease. In addition we adhere to the Independent Press Standards Organisation so you can rest assured that everything will be done by the book. 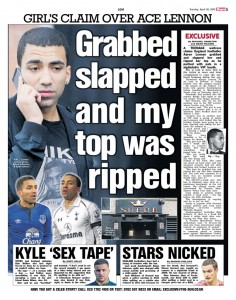 We received a tip that England footballer Aaron Lennon had grabbed, slapped and ripped a waitress’s dress as he partied in the VIP suite of a nightclub.

The 18-year-old reportedly fled to the toilet in tears and afterwards told police that the £55,000-a-week Tottenham winger had left her with a bruise below her eye.

The 28-year-old, who is on loan to Everton, was reportedly interviewed by officers under caution over the alleged assault earlier this month. On April 15, the day before Lennon’s 28th birthday, he was interviewed by police officers on suspicion of assault. Police confirmed no arrests were made and an investigation is ongoing.

A Greater Manchester Police spokesman told MailOnline: ‘On Wednesday 8 April 2015, police were called following reports an 18-year old woman had been assaulted at Suede night club, Longworth Street, Manchester city centre on Sunday 5 April 2015. ‘A man has been interviewed under caution. No arrests have been made and enquiries are ongoing.’

What’s the process? How long do tips take to make it into a newspaper?

We will start working on your story as soon as you give us permission to do so. We know within a few minutes of speaking to you whether or not it’s something that a paper will be interested in – and if it’s legally fine to pursue.

Although we will keep your identity completely hidden, we will need to know your real name, age and occupation to make sure you’re a credible source. Your details will not be shared with anybody else.

Please do not be alarmed or worried by giving us this information, if we did not ask this we would not be professional journalists doing our jobs.

Once we have enough information to stand up your claims, we’ll approach our contacts on the nationals. All of our contacts are well established and senior on the papers, we do not deal with junior reporters.

Naturally, papers will need to do ground work on the information given to make sure it all stands up and is a genuine story. The time scale for doing so really depends on what the story is. Some take a few days and others can take weeks, but we will keep you in the loop every step of the way so you know exactly how your story is coming along.

We’ve secured as much as £20,000 for a single story, but all stories vary in terms of value depending on demand. Demand is dictated by various factors (how famous the person is, whether there isn’t much else in the news, even the time of year, etc). To read more about story valuations, read the HOW MUCH IS MY STORY WORTH? page.

You can see some of our recent headline stories and other posts here:

Georgette Culley
← Previous Story Do you have a front page story but want to remain anonymous?
Next Story → Celebrity wedding story: Mark Wright and Michelle Keegan