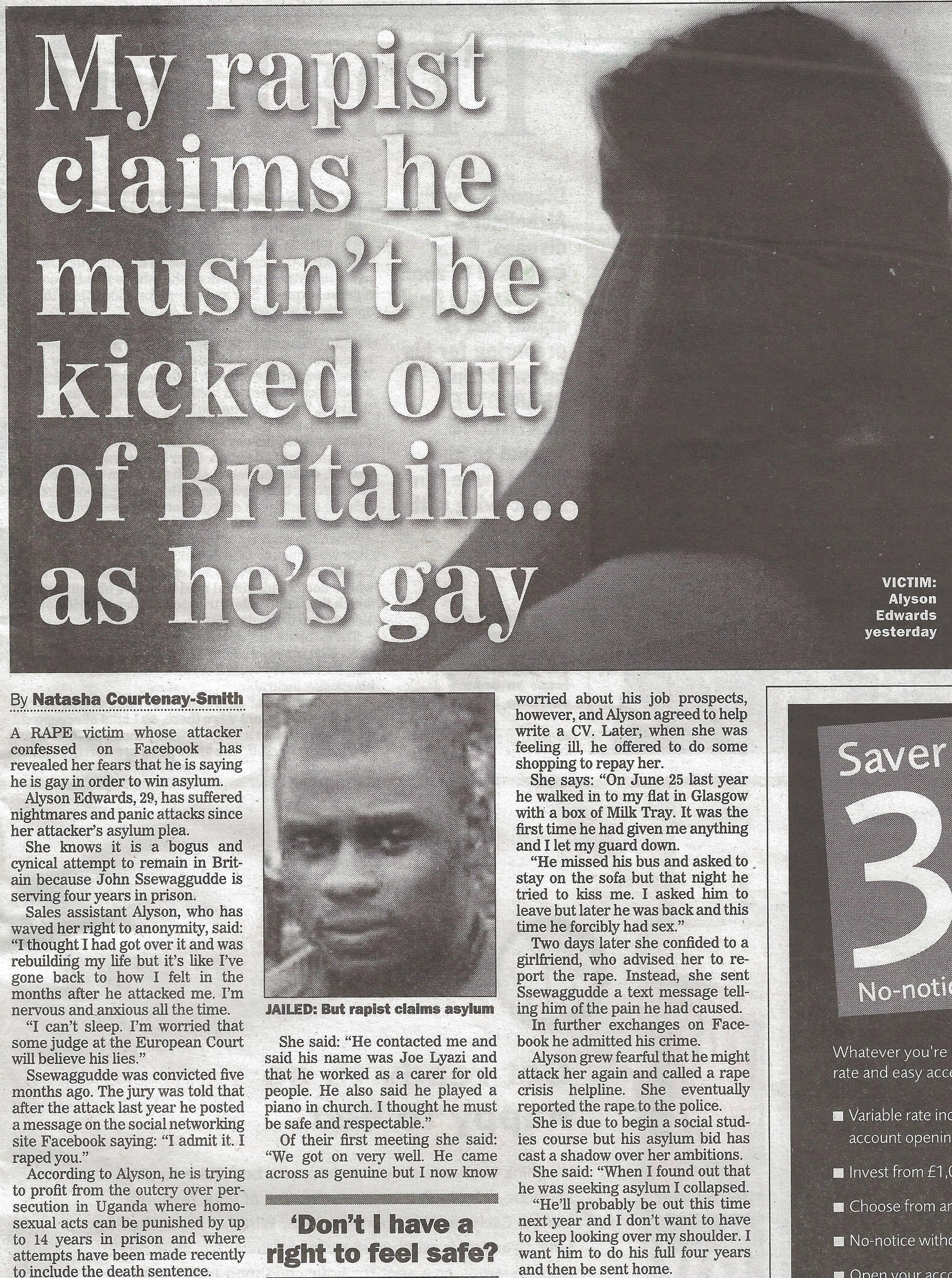 How can the man who raped me claim asylum – by saying he is gay? 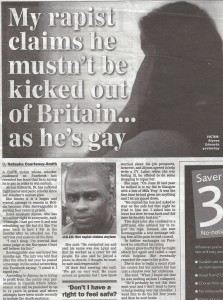 As soon as Alyson Edwards got in touch, we knew a newspaper would be interested in her story and this weekend, it appeared in the Sunday Express newspaper.

Alyson has been through a horrendous ordeal. Last year, John Ssewaggudde, a former friend of Alyson’s, raped her and subsequently admitted his attack in a Facebook message to her. He is currently in prison.

But this month, Alyson has learned that in order to win asylum in the UK, he is now saying he is gay. Furious, Alyson contacted us to see if we could help her raise awareness of what she says is a farcial situation. Alyson says: ‘I thought I’d got over the attack and I was rebuilding my life. Now I’ve gone back to how i felt in the months after he attacked me. I’m nervous and anxious alll the time. I’m worried that some judge at the European court will believe his lies. There are many genuine asylum cases but this is not one.’

If there is an issue you’d to raise awareness about, fill in the sell my story form on our website or email us on message@talktothepress.com