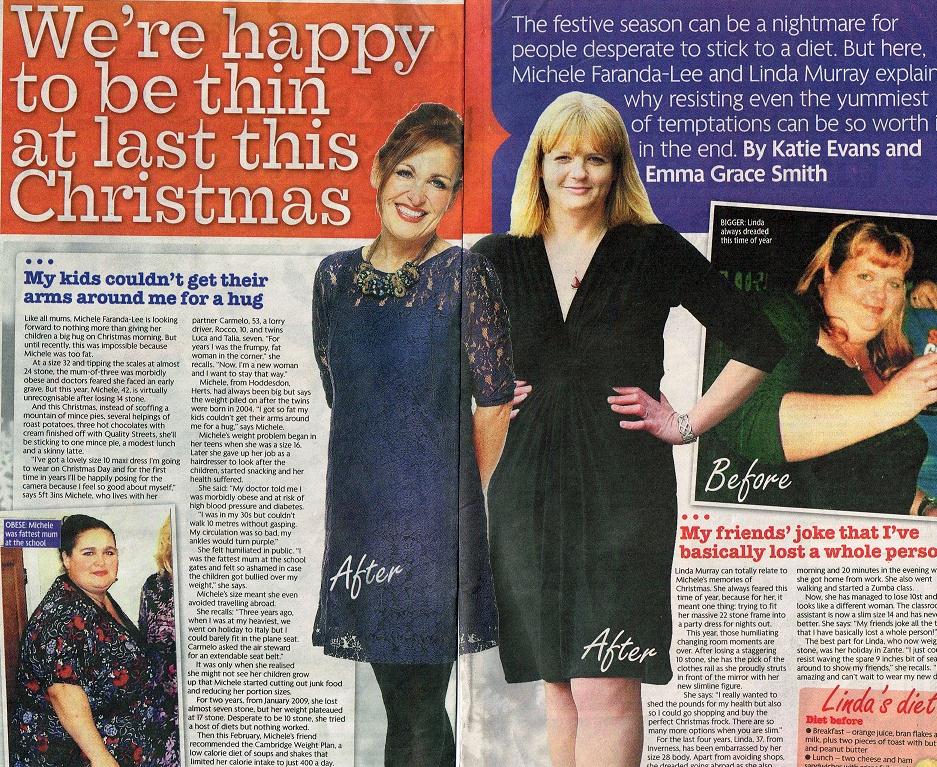 How I lost an incredible 14 stone in time for Christmas 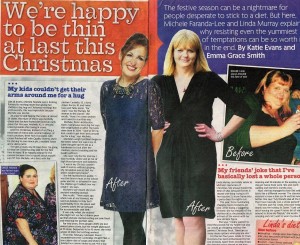 Like all mums, Michele Faranda-Lee is excited about giving her young kids a big hug on Christmas morning. But until recently this was impossible – because Michele was too fat.

Just a couple of years ago Michele, 42, was a size 32 and tipped the scales at 24 stone. But the mum of three is now virtually unrecognisable after losing an incredible 14 stone!

When we heard Michele’s amazing story we knew the newspapers and magazines would be clamouring to feature her and today she appears in the Daily Mirror, where she tells of her amazing weight loss journey. We are also in the process of getting Michele a magazine deal.

Michele, from Hertfordshire, had always been big but she piled on even more weight after the birth of her twins Luca and Talia, 7, and at one point she was so big her kids couldn’t even get their arms round her for a hug. It was when her doctor warned her she was morbidly obese and at risk of going to an early grave that she realised she had to do something about it.

In January 2009 Michele cut out junk food and managed to lose seven stone. But she was disappointed when her weight plateaued at 17 stone. Desperate to shift the extra pounds, Michele started the Cambridge Weight Plan, a diet of soups and shakes, in February this year. Less than a year on she has lost another seven stone and is now a trim size 10. Michele says: ‘I’ve lost more half my body weight and I feel amazing. I’ve finally got my life back.’

If you have lost a lot of weight and want to share your weight loss journey with a newspaper or magazine email us at message@talktothepress.com.

Talk to the Press
← Previous Story This week’s Woman’s Own magazine: the eight year old girl who will have Christmas in black and white
Next Story → TTTP client celebrates Christmas by joining debate on This Morning