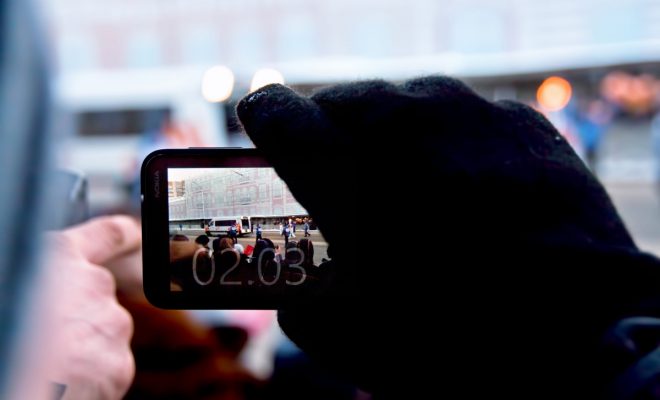 How to sell your photographs to the press

Find out how to sell your photographs to the press, right here. Make the most money from your press-worthy pictures and videos.

Got the inside scoop on a big news story? Do you know information about people involved in a high profile scandal? Captured pictures or videos that could appear in the worldwide news? Well, you can sell your photos and video right here.

A contractor, who asks to stay anonymous, who once worked at Jeffrey Epstein’s New Mexico ranch, got in touch with the team at Talk to the Press.

During the 15 months she worked for the deceased billionaire, she took many photographs of his opulent Zorro Ranch.

How to sell your photographs to the press

She read the disturbing news stories about the sex offender and realized that the many photographs she had in her possession may be of interest to the national press – and may be worth a significant amount of money.

She contacted Talk to the Press through the online form – right here.

After speaking to a reporter about her experiences, she sent the images and our reporter worked quickly to verify the photographs.

How much will you earn

Our reporter contacted the Daily Mail with the story and the photographs and they quickly offered a substantial fee to publish the story as an exclusive.

The story appeared on the site and the contractor netted a good deal of money for her photographs.

But, as our reporter had assured her, she remained anonymous – so nobody knew she had sold her photographs.

At Talk to the Press, we always protect our sources and, if you don’t want to be named in a story, we can guarantee that we will respect those wishes.

The photographs were later released on our news wire where publications, including the UK’s The Sun, published the images.

Every time a publication published the images, our source received 50% of the money that outlet paid to use the photograph – topping up her initial exclusive deal.

It is easy to sell your photographs and/or video to the national press. Get in touch with Talk to the Press today.

You’ll find the Photo and Video transfer tool on this page. You can send the photograph straight to our team for evaluation. You always retain the copyright of your material. We won’t publish photos, videos or stories without your permission.

Alternatively you can fill out the Story Valuation Form on this page to tell us about your photograph, video or story. Or you can call our team on the number at the top of this page.

Isolde Walters
← Previous Story Sell a photograph of a famous person
Next Story → How do I sell my photos to the media?