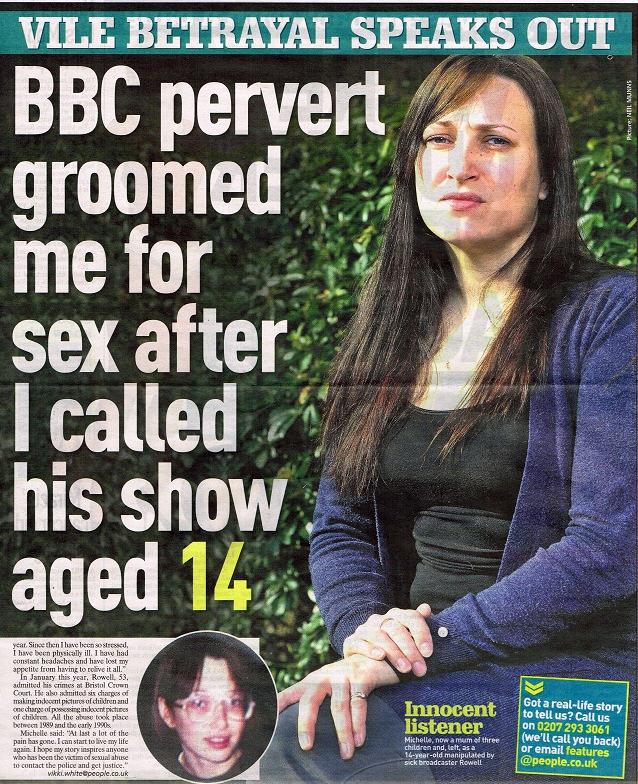 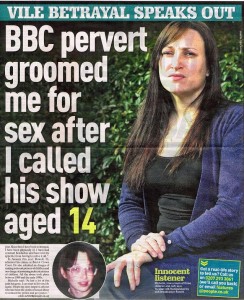 TTTP client Michelle O’Brien appeared in the Sunday People this weekend, where she bravely waived her anonymity to tell how she achieved justice after 18 years after a popular radio host sexually abused her when she was just 14.

Michelle was one of the victims of BBC presenter Peter Rowell, who was jailed on Friday for six years for indecently assaulting several girls under the age of 16 during the 1990s. The married presenter, who was in his thirties at the time, groomed the teenager for sex after she called into his radio show with a song request.

Knowing the case had attracted a lot of publicity, Michelle contaced a national paper and was offered a deal for her story. She then got in touch with us, and we were able to secure her a higher fee.

Although Michelle and her family had been to the police at the time of the abuse, no charges were brought against Rowell because of lack of evidence, and Michelle was faced with the harrowing ordeal of hearing her abuser on the radio and seeing him on her TV screen at least once a week.

Convinced he had evaded justice, Michelle tried to put Rowell from her mind and she went on to marry and have three children, although she was always tortured by what had happened. But she was shocked when she saw on the news that Rowell had been arrested for abusing another young girl in the 90s, and immediately went to the police.

Earlier this year Rowell was convicted of 12 counts of indecent assault against young girls and he was sentenced to six years in jail this week. Michelle says: ‘I can now start to live my life again. I hope my story inspires anyone who has been a victim of sexual abuse to contact the police and get justice.’

If you are linked to a story currently making headlines, get in touch with us to find out more about how much your story might be worth. Email us on message@talktothepress.com or fill out the sell my story form to the right.