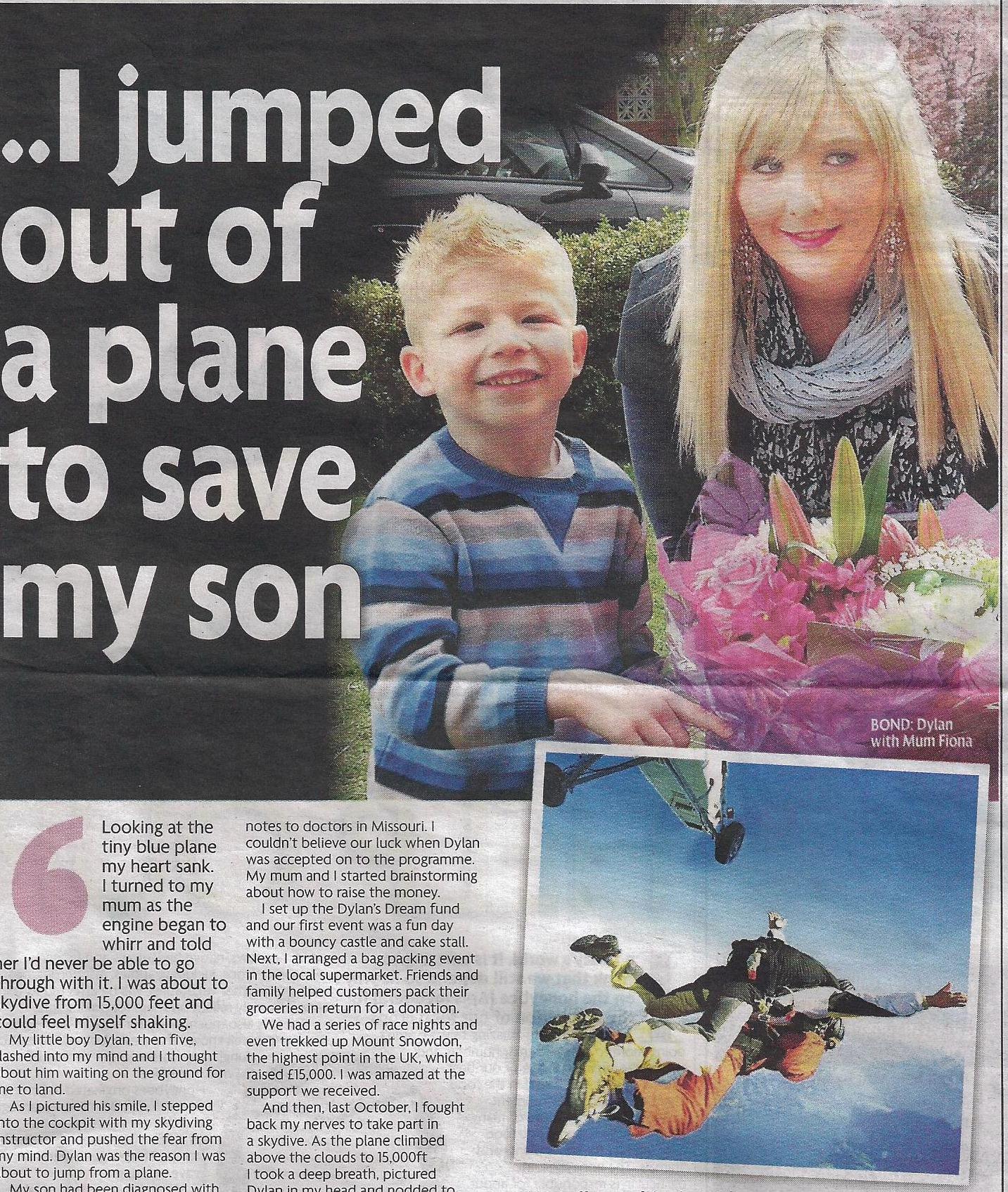 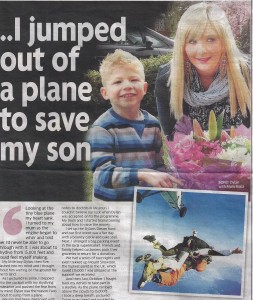 As soon as we heard what amazing mum Fiona Storey had done for her son, we knew a newspaper would love to interview her. Last year, Fiona jumped 15,000 foot out of a plane to raise money so her six-year-old son Dylan could undergo pioneering surgery in America that would mean he’d be able to walk. Dylan was just eight months old when he was diagnosed with spastic quadriplegic cerebral palsy which meant part of his brain had been damaged and he might never walk.

Despite her devastation, Fiona made it her goal to ensure Dylan had every opportunity in life and in June 2010 discovered a specialist hospital in Missouri that would operate to improve his mobility. But with a price tag of £50,000, single mum Fiona had no idea how she could find that sum of money.

Undeterred, she decided to do everything she could to help her little boy walk. So Fiona, and the people in her hometown of Scunthorpe, worked tirelessly for six months to raise the cash. They trekked Mount Snowdon, held race nights, bag packed at the local supermarket, and of course, took part in a sky dive. She found out two days before Christmas 2010 that she had succeeded and Dylan had surgery this February.

Fiona is already noticing a huge difference. She says: “His limbs aren’t as stiff and his muscles are getting stronger and stronger. He can walk further on his frame and has even stood on his own for a few minutes. I know he’ll never have a normal life but thanks to the surgery he’ll have more independence.”

If you’ve done something incredible to raise money for a loved one, let us know and we can help you see your story in print.