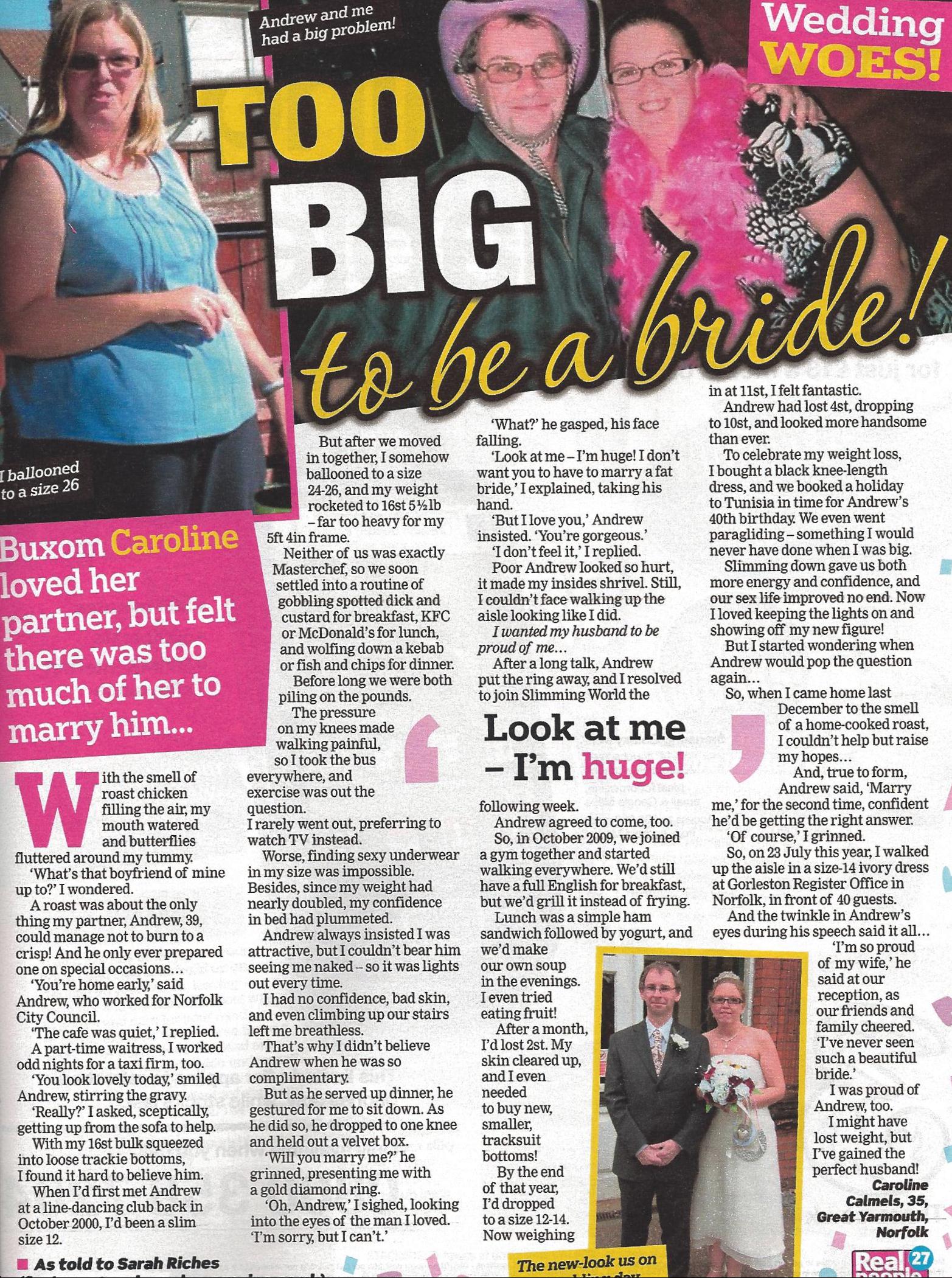 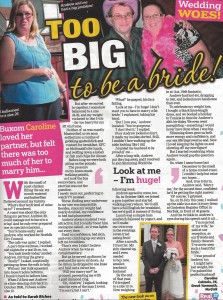 When we heard Caroline Camels had turned down her partner Andrew’s wedding proposal because she didn’t want them to be a fat bride and groom and that they had gone on to lose a staggering ten stone between them, we knew a magazine would be interested in finding out more. This week, the couple’s story appears in Real People magazine.

Caroline 35, first met Andrew a decade ago at a line dancing club and instantly knew he was the ‘one.’ Over the course of their relationship the couple had lived on takeaways including KFC, curries and kebabs and ate desserts for breakfast which left Caroline tipping the scales at 16 and a half stone.

She quickly developed health problems and would find herself jumping in cabs to avoid the ten minute walk into town. So, not wanting to be a fat bride, and believing no wedding dresses would fit her size 26 frame she refused the be Andrew’s wife.

Determined to be thin and marry the man of her dreams, Caroline decide to take matters in her own hands and joined a slimming group to shed the excess weight. Seeing her efforts, Andrew, who had also put on weight decided to try out the same eating plan. They cut out the junk food and takeaways and joined the gym and the weight began to fall off. They got married this summer after losing nine stone between them, and they couldn’t be happier.

We’re always looking for inspiring weight loss stories. If you have a story to sell, email us on message@talktothepress.com