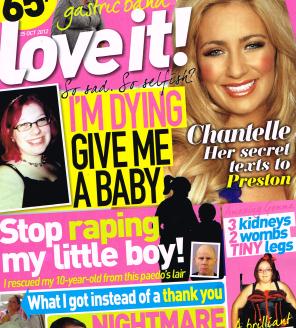 I rescued my son from a paedophile 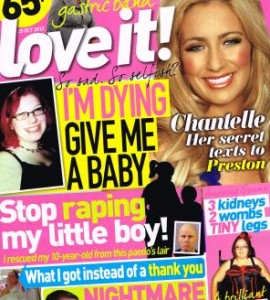 Mum *Louise, 32, had her heart ripped out earlier this year when she discovered that a complete stranger had raped her 10-year-old son. Louise’s world fell apart in April this year, when *Andrew went to the park with friends. At around 5pm, she started to worry and went looking for her son. Unable to find him, she called the police who told her to wait for him at the house.

But Louise says she couldn’t just sit there, so drove around the streets, stopping to ask some kids if they’d seen Andrew – one gave her an address. Louise says she went to the flat and knocked on the door, but no one answered. Immediately, she called the police.

Louise discovered her son and two other children had been drugged and raped for six hours locked in this monster’s home. In time, Andrew would reveal snippets of what happened, and with each detail, she felt sickened. Since that day, Louise has put Andrew into another school. He sometimes gets angry and people don’t know how to cope with him.

But Louise says she’s extremely proud that her son had the courage to tell police what happened to prevent any other children from being harmed. On 20 August, 2012, at Southampton Crown Court, Darren Mackrell admitted 18 charges of rape, sexual assault, forcing the viewing and engagement in sexual acts and drugging. Unemployed Mackrell gave the children cannabis, amphetamine and Viagra to stupefy them when he abused them earlier this year.

Louise says she can’t believe a complete stranger could do this to her son. She says Andrew still has nightmares and has to sleep with the light on. Louise wants her little boy back but she’s afraid that his childhood has been lost. She wanted to share her story to warn other people about Mackrell and we secured her a deal with Love it! magazine. If you’ve got a story you’d like to share with Love it! magazine, email us on message@talktothepress.com

*Names have been changed to protect the identity of the boy.

Talk to the Press
← Previous Story Mum who witnessed her ‘good Samaritan’ partner’s brutal murder in café tells how her family’s lives have been ripped apart by the senseless killing
Next Story → I spent 20 years looking for my long lost family – then I found them through the Internet in less than five minutes!