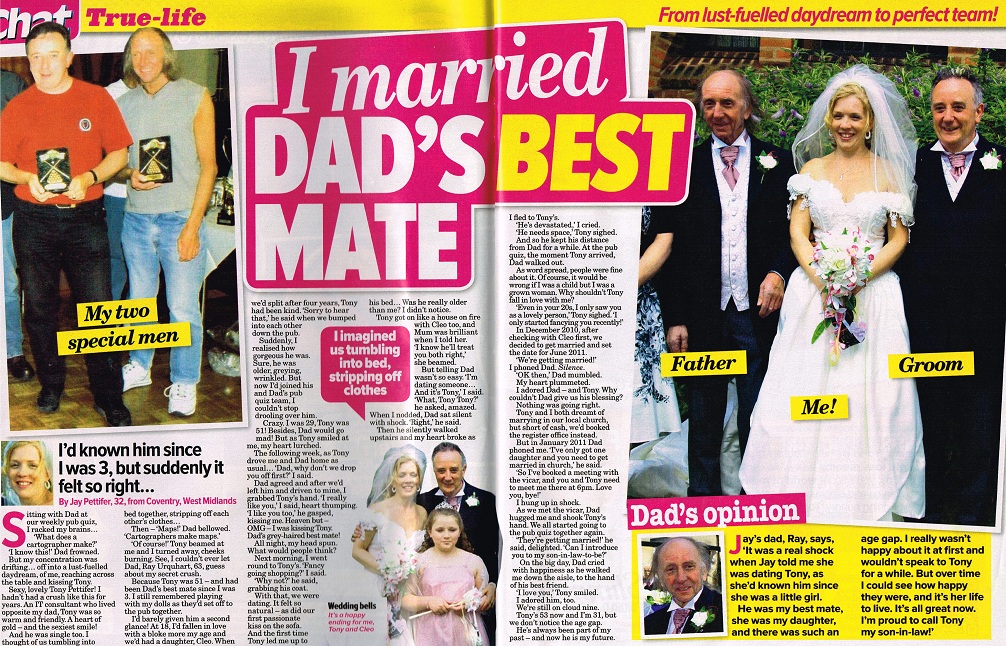 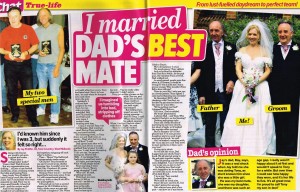 Flanked by her dad and new husband Anthony and beaming from ear to ear, 32-year-old Jay Pettifer looks like any other happy bride in her wedding snaps. But people would be forgiven for confusing the groom with Jay’s dad – because, at 53, Anthony is 22 years older than his wife.

In another twist, Anthony is actually Jay’s dad’s best friend, and she has known him since childhood. But they became close after attending the weekly pub quiz together when Jay was in her 20s. Soon their friendship turned into something more and Jay plucked up the courage to tell Anthony how she felt.

He told her he felt the same and they started seeing each other. But it was several weeks before they were brave enough to tell Jay’s dad Ray, 63, that they had fallen in love. Understandably he was shocked, and disapproved of the relationship at first, but he softened when he saw how happy they were. When Jay and Anthony got married last year, Ray was there to walk his daughter down the aisle.

Jay contacted us asking if anyone would be interested in their story, and we arranged for them to appear in a feature in the Daily Mail about large age gaps. We also placed their story in Chat magazine, where Jay tells how she married her dad’s best friend. Jay says: ‘The article in Chat was great. Thank you so much.’

We are always looking for stories of unusual relationships. If your relationship is thriving against the odds and you’d like to sell your story, fill out the form or email us on message@talktothepress.com