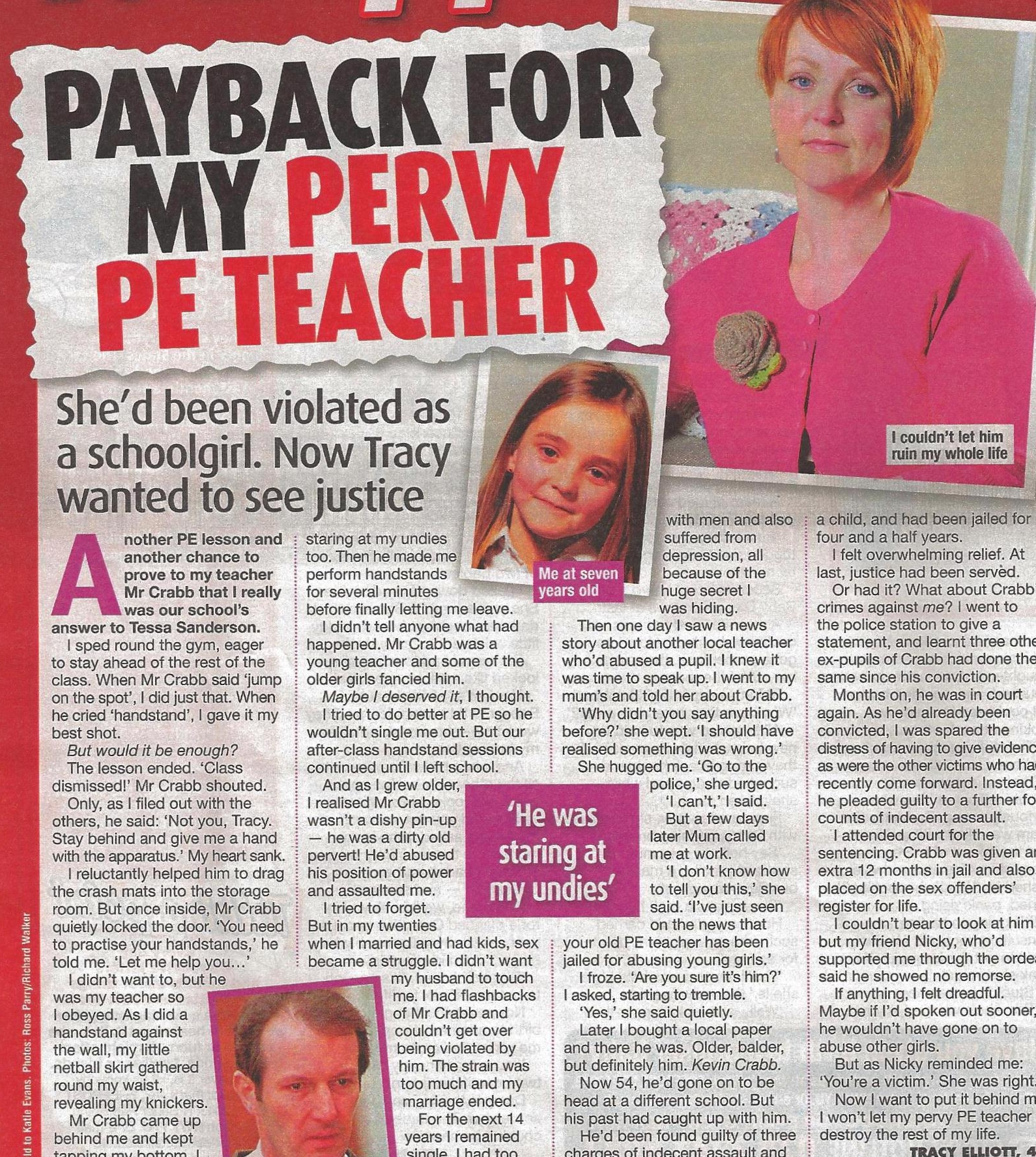 Justice two decades on after being abused by my PE teacher 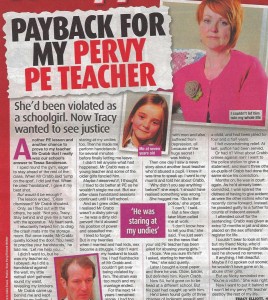 This week sees our client Tracy Elliot’s story published in That’s Life magazine. Tracy got in touch with us after being abused her by her PE teacher at a young age as she finally felt ready to talk about what happened after he was sent to prison for offences against her and other pupils.

In February last year Tracy’s former teacher Kevin Crabb, now 54, was convicted of the historical abuse and jailed for four and a half years.

In this week’s That’s Life magazine, Tracy reveals what happened all those years ago when her teacher used to invite her into his office and perform indecent acts. She explains how it has had a lasting effect on her and even prevented her from having normal relationships as she suffered from terrifying flashbacks. She believes the effect it had on her even led to the breakdown of her marriage.

It wasn’t until Tracy saw Kevin Crabb on the news – he had been arrested for abusing other girls – that she finally found the courage to come forward and report her own abuse. But still she felt wracked with guilt. She says: ‘I felt dreadful. I thought maybe if I’d spoken out sooner, he wouldn’t have gone on to abuse other girls.’ Thanks to Tracy’s testimony, his sentence was increased.

Tracy says she’s now come to accept that she was a victim and wants to put what happened behind her once and for all. She says: ‘I refuse to let this man ruin my life.’

If you’ve secured justice for a crime then get in touch with us on message@talktothepress.com or fill out the sell my story form on our website.