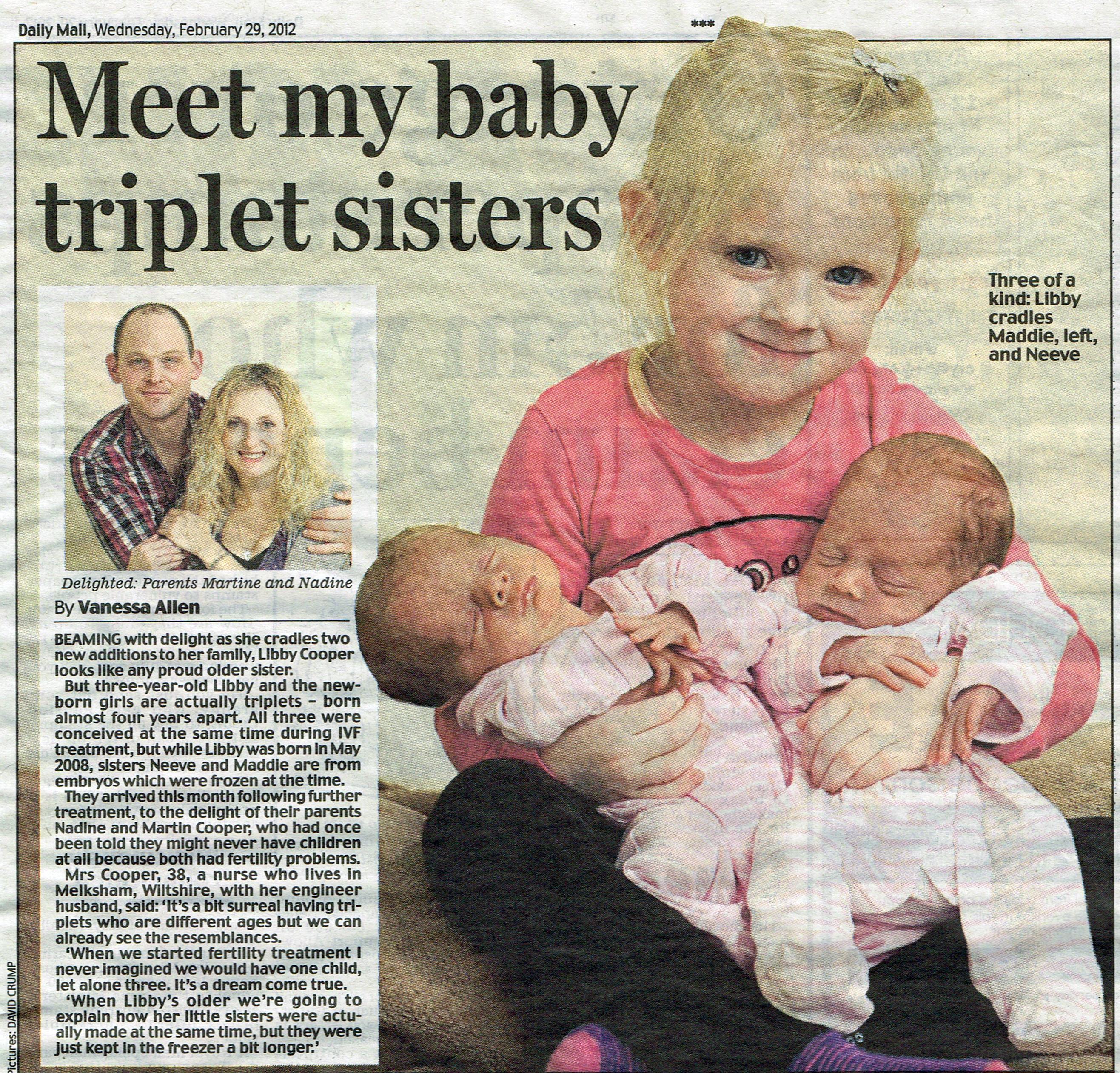 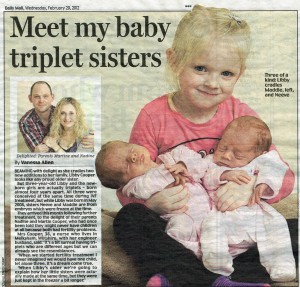 Cradling her baby sisters, three-year-old Libby Cooper looks like any proud older sister. But things aren’t quite what they seem – as Libby and the newborn girls are actually triplets!

All three were conceived at the same time during IVF treatment, but while Libby was born in May 2008 her sisters Neeve and Maddie didn’t arrive until last month after being kept on ice for four years.

Their parents Nadine and Martin Cooper got in touch with us as they wanted to share their amazing story and we secured them an exclusive deal with the Daily Mail, where they told how they struggled to conceive for 18 months before embarking on IVF treatment.

One embryo was implanted into Nadine in 2007, which resulted in the birth of Libby, and two years ago they decided to try for another baby with the remaining embryos which had been frozen. And they were amazed when Nadine’s first scan showed not one, but two babies!

Neeve and Maddie were born last month and now make up the trio of triplets who were conceived four years apart, which Nadine and Martin admit is a bit surreal.

Nadine, 38, says: ‘When we started fertility treatment, I never imagined we would have one child, let alone three. It’s a dream come true. When Libby’s older we’re going to explain how her little sisters were actually made at the same time, but just kept in the freezer a bit longer.’

We are now in the process of getting the family a magazine deal. If you have an IVF miracle story contact us at message@talktothepress.com