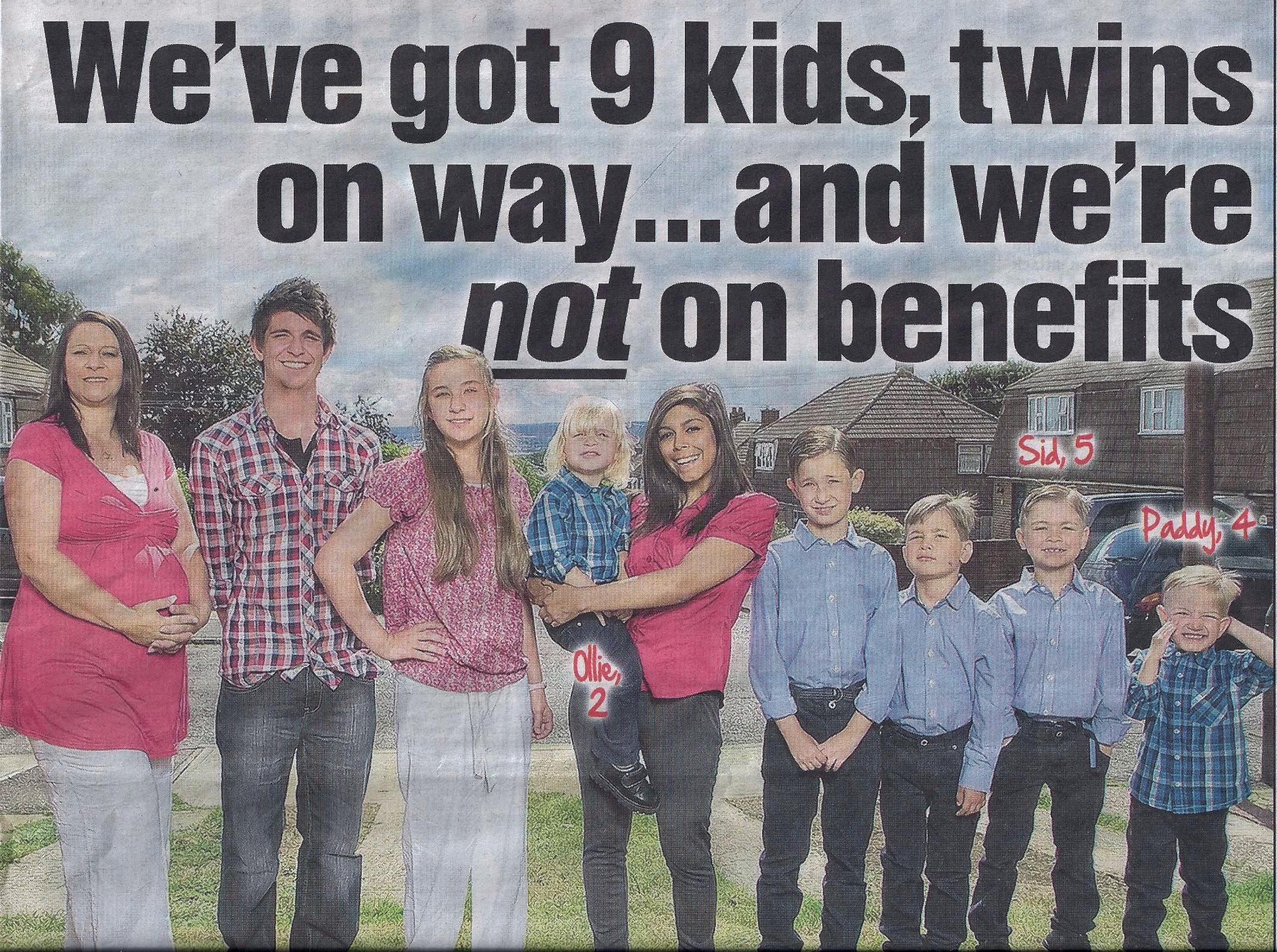 Meet the inspirational mum of 9 – who is pregnant with twins 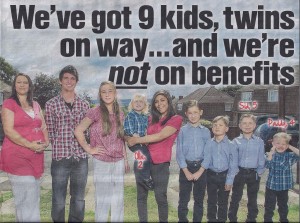 Tania Sullivan gets up at the crack of dawn each day, and by 7am she has put a load of washing on, vacuumed and dusted the house and made breakfast for her seven children who still live at home. In fact Tania, 36, is the mum of NINE children – with two more on the way! She is expecting twins next month and says she and her husband Michael haven’t ruled out having more babies.

When we heard Tania’s amazing story at Talk to the Press, we knew a newspaper would love to feature her story, and this week the family appeared in a double page spread in The Sun. There she explains what it’s like looking after her enormous brood – who range in age from 18 to just 11 months old – and reveals the family have even had to buy a 17-seater minibus to get around. Incredibly, Tania only stopped working after the birth of her sixth child and she and Michael, a joiner, do not claim benefits. Tania has even found the time to write a book about her experiences and runs a successful blog, Larger Family Life, about their hectic household.

The family get through more than 20 loaves of bread a week, 56 pints of milk, 4 kilos of potatoes and 42 eggs, while Tania has to put on at least five loads of washing each day. She says: ‘I haven’t seen the bottom of my laundry basket since I bought it! Running our household is like a military operation but I wouldn’t change it for the world. I joke to Mike that with nine kids already, soon to be 11, what difference will a couple more make?!’

Newspapers and magazines are always looking for stories of unusual families. If you have an incredible story to sell email us at message@talktothepress.com.