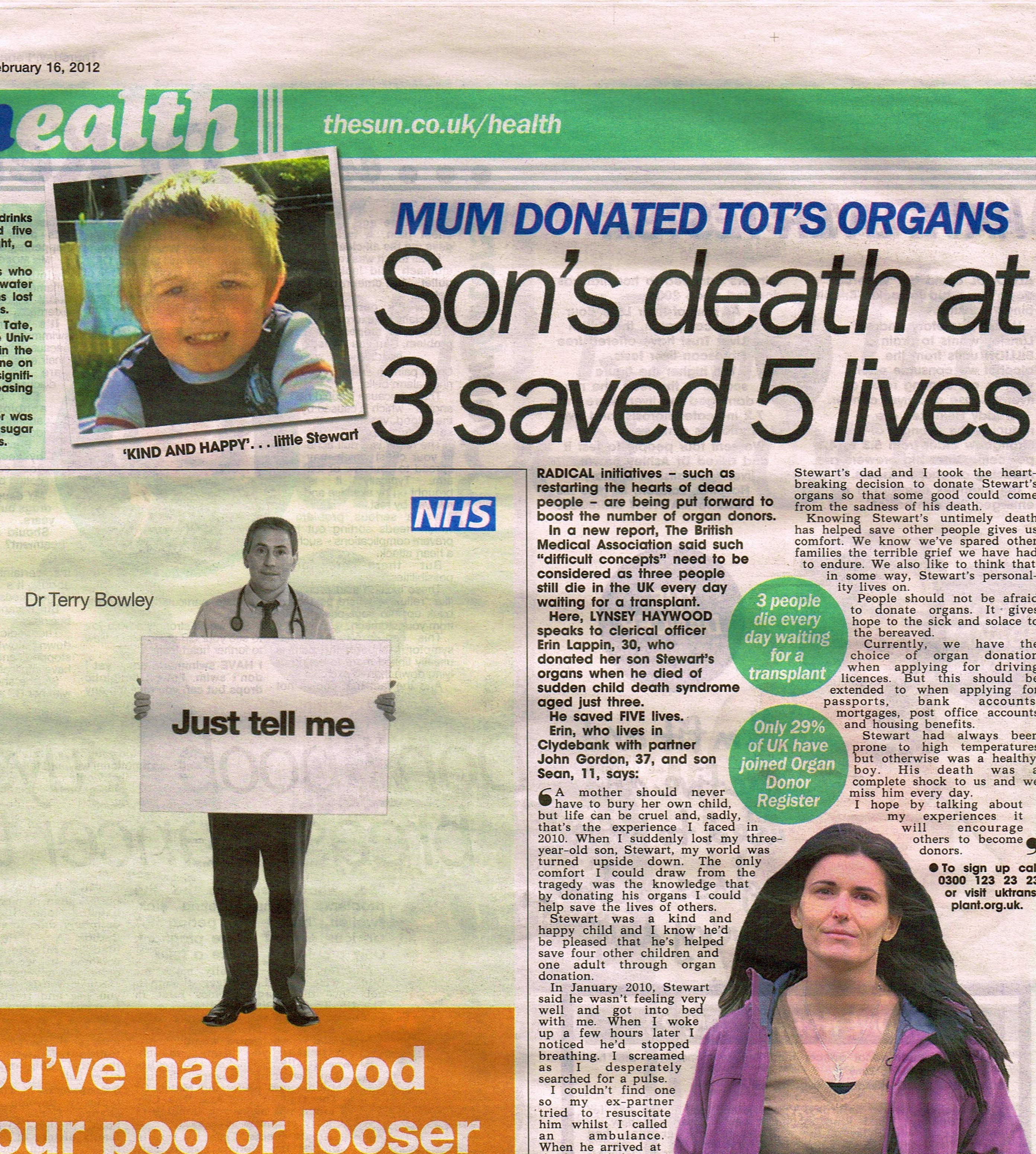 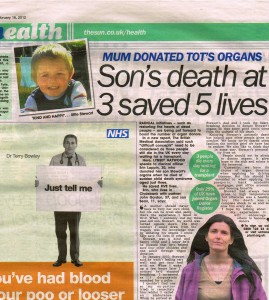 Today, TTTP’s inspirational client Erin Lappin appears in The Sun talking about the importance of organ donors. Erin, 30, from Clydebank, was devastated when her three-year-old son died from sudden child death syndrome in January 2010. The only comfort she could draw from his tragic death was the knowledge that by donating his organs she could help save the lives of others.

Erin, who spoke to the Sun to tie in with a new report from the British Medical Association called for radical initiatives to boost the number of organ donors, has since learned that Stewart’s organs have helped save the lives of four children and one adult.

She says of the piece today: ‘I chose to share Stewart’s story as I wanted to raise awareness for a good cause. I didn’t want the message I was trying to get across to get lost in a cheesy story but The Sun’s piece reads really well so I am very pleased with it.’

‘People should not be afraid to donate organs,’ adds Erin who lives with her partner John, 37, and her 11-year-old son, Sean. ‘It gives hope to the sick and solace to the bereaved. I miss Stuart every day but in strange way I feel his personality lives on in others.’

If you’d like to raise awareness through telling your story, or through sharing a personal experience, email message@talktothepress.com