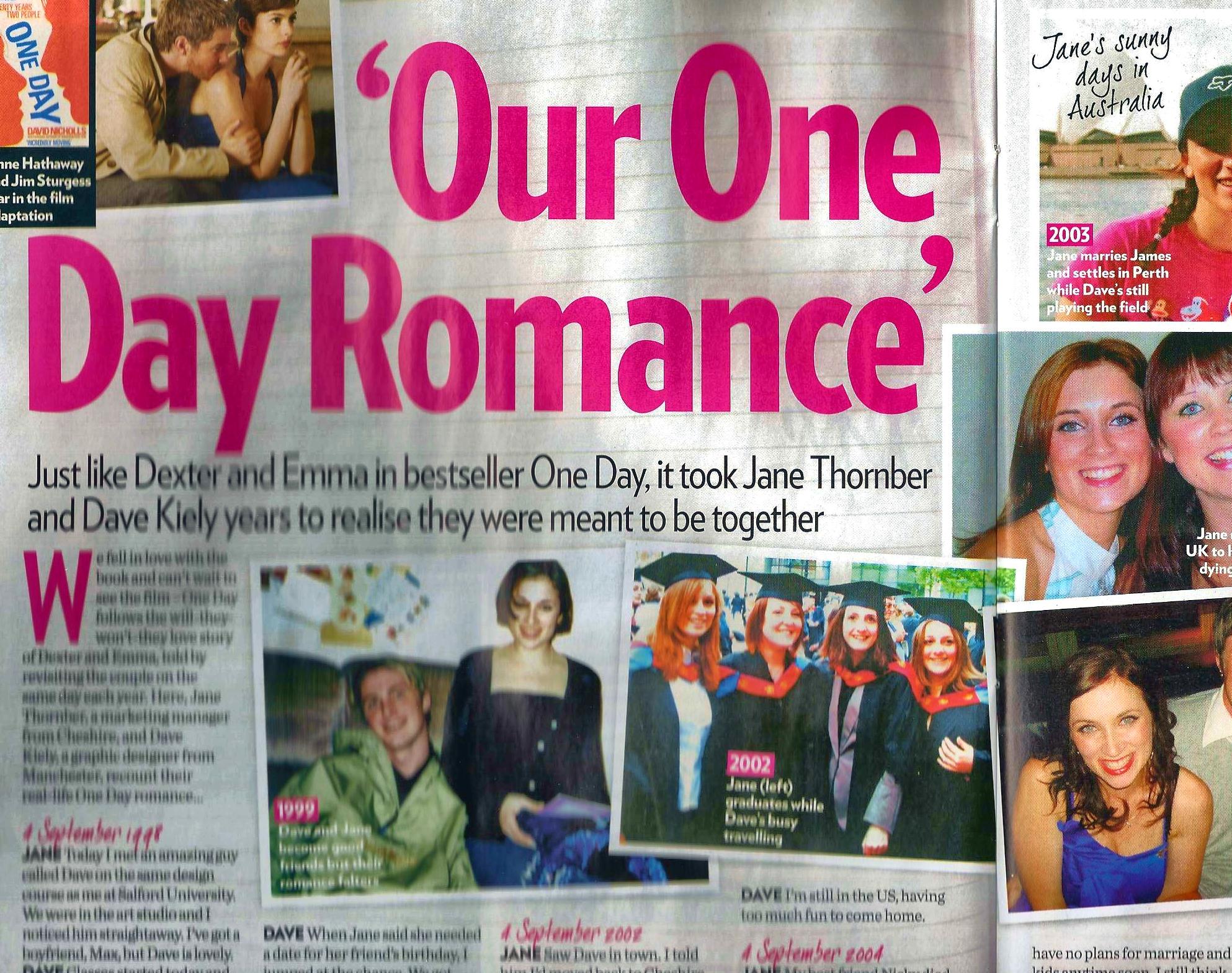 Our love story mirrors ‘One Day’ – this week’s Now magazine 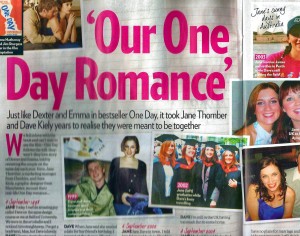 We were stunned with how much Jane Thornber’s love story mirrored the novel One Day and with the upcoming release of the film adaptation we knew a magazine would be interested in featuring the moving tale.

Jane met Dave at in 1999 when they started university; they were both instantly attracted to each other but at first simply became friends. Over the next few years they had a brief fling and dated for a while before Dave, not wanting to be tied down, ended the relationship. They remained friends but over the years both travelled to opposite sides of the world – with Jane even getting married to another man.’

Neither were able to shake the other from their minds and finally in 2009 they shared their ‘second’ first kiss. Now they are talking about moving in together.
Jane says: I can’t believe how far we’ve come and that the spark never died!” Dave adds: “Jane is the best thing that’s ever happened to me. I’ve spent the last ten years loving her. I’m happier than I ever thought possible.”

You can read their love story in full in this week’s Now magazine. If you have an incredible love story you’d like to share, email us at message@talktothepress.com

Talk to the Press
← Previous Story Daily Mirror today: the little girl who lives in a colourless world
Next Story → I jumped 15,000ft to raise £50,000 to help my little boy walk