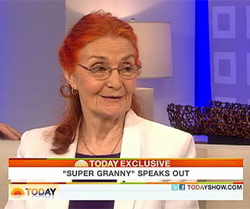 Praise for Talk to the Press from ‘Supergran’ Ann Timson

Ann’s appearance on the Today show in New York

Talk to the Press has been praised by the family of ‘Supergran’ Ann Timson for our handling of their media coverage. Pensioner Ann became a national heroine overnight and found herself with media camped on her doorstep after beating away a group of would-be jewelry thieves with her handbag. Footage of the incident has since been viewed hundreds of thousands of times, and her story made headlines around the world.

We arranged her a string of deals that saw her being interviewed by a national newspaper, appearing on ITV News and Daybreak, and also being flown first class to New York where she appeared on Daybreak. And Ann’s media journey continues. She has been nominated for a number of bravery awards and will be flying to Germany in November 2011 for an appearance on a television show rounding up the big news stories of the year 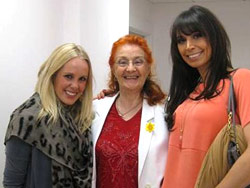 Ann’s son Andre says: ‘With 20 press outside the door, the phone ringing off the hook and no idea how to handle the media frenzy, it is comforting knowing that Natasha and her team at Talk to the Press are there to handle the media in a professional and courteous manner. When the “Super-Gran” story became an overnight international headline, Natasha gathered the facts, worked with the news industry and made sure the story retained the integrity it deserved. Thank-you for making this a positive experience.’

We’re thrilled to have helped Ann with her story and will continue working with Ann in the future. 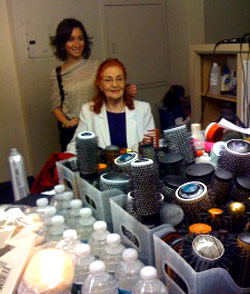 Ann getting her make up done

Talk to the Press
← Previous Story How we helped Nicola Hilary and the victims of conman Simon Reid earn over £3000 each for their story
Next Story → The Sun – ‘My little boy is having a sex change.’