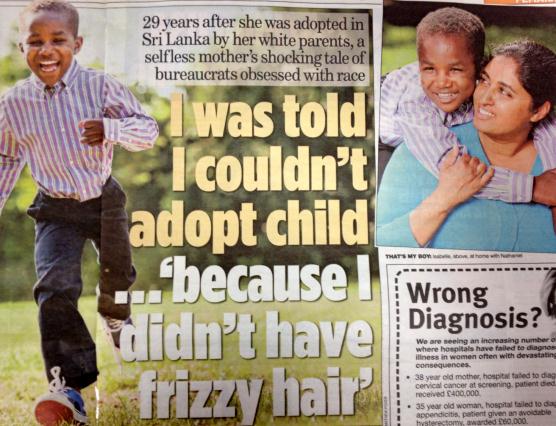 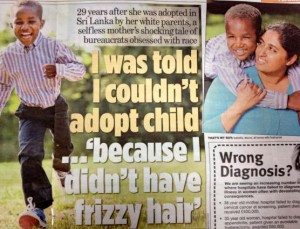 Isabelle says she has come full circle, having been adopted from an orphanage, and now adopting a child born in similar circumstances herself, and she couldn’t be happier.

We love a happy inspiring story, and we secured Isabelle an exclusive deal for her adoption story with the Mail on Sunday.

Despite her ethnicity and her cultural differences to her white adoptive family, Isabelle believes she flourished the care of her parents, and her son in turn will flourish in her care.

Isabelle wanted to share her experiences of her own idyllic upbringing in middle England – and how when it came to wanting to adopt from abroad herself, she was told she wouldn’t be a suitable mother because she wouldn’t understand how to do Afro hair.

Isabelle, now 29, a learning support assistant from Loughborough, says she had to jump through hoops to convince social services that she was the perfect mother for Nathanial. It took her six years to get the adoption made legal, but now Nathanial is allowed to reside in the UK with Isabelle as his adoptive mother. She says she’s proven all her critics wrong, and Nathaniel is a joy to her.

If you’ve got an adoption story you’d like to sell to a national newspaper, email us on message@talktothepress.com or fill out the sell my story form to the right.

Click to read Isabelle’s true adoption story in the Mail on Sunday.