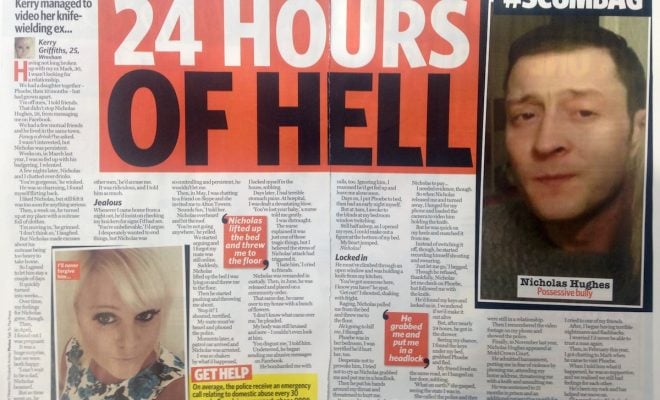 Sell my domestic abuse story to help other women

I escaped an abusive partner. Can I sell my domestic abuse story to help and warn others in a similar situation?

Have you survived domestic abuse or violence and have thought ‘I would like to sell my domestic abuse story to help people who find themselves in a similar situation’?

If you escaped an abusive partner and want to share your story to help other women (or men) in your situation, then you’ve come to the right place. At Talk to the Press we’ve helped hundreds of women share stories of abuse with the press. All our advisors are qualified journalists and will handle your story with the utmost sensitivity.

Victims of domestic abuse and violence share their stories 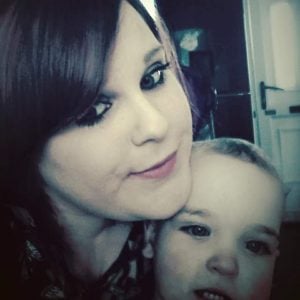 Recently Kerry Griffiths got in touch with us after her ex-boyfriend climbed through her bedroom window at night carrying a knife. She had been dealing with another press agency but was upset about the way they’d treated her, so she came to Talk to the Press for help.

Kerry met her boyfriend Nicholas online in February 2015 and they quickly hit it off. She was alarmed when he turned up on her doorstep after their first date and said he was moving into her house. She reluctantly agreed he could stay for a few days, and soon the weeks rolled into months.

He became controlling and would shout at Kerry for wearing certain clothes, or even hide her keys so she couldn’t leave the house.

“It was terrifying,” she told us. “I felt like Nicholas was controlling my every move. It all became so intense so quickly, I didn’t know what to do.”

His domestic abuse escalated until this happened…

In May, Nicholas’ abuse escalated and he threatened Kerry with a knife. She called the police and he was arrested and eventually sentenced to six weeks in jail.

But Kerry’s problems with Nicholas were far from over. When he was released from prison he started calling kerry non-stop and sending her abusive messages. When she told him she didn’t want to speak to him, he climbed through her bedroom window one night carrying a knife. 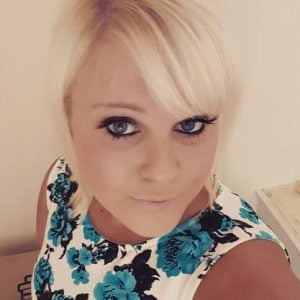 Kerry said: “I woke up to see Nicholas standing in the corner of the room with a huge knife in his hand. I was beside myself.

“He trapped me in the bedroom and kept lunging for me with the knife. He wouldn’t even let me go and comfort my daughter who was crying in the next room.”

After an 18 hour ordeal, Kerry managed to escape Nicholas and she and her daughter ran to a friend’s house, who called the police. The house was stormed by armed police and Nicholas was arrested and sentenced to 22 months in prison with an indefinite restraining order.

Although Kerry was shaken up by the ordeal, she wanted to speak out to raise awareness of domestic abuse. We secured her an exclusive deal with Pick Me Up magazine, followed by a national newspaper deal and another magazine.

We ensured her story was handled sensitively and told with integrity. Kerry received full approval of the story before it was published and a substantial fee on publication.

If you’d like to speak to one of our advisors about an abuse story, call us in confidence on 0207 549 5419 or email message@talktothepress.com. Please note, we cannot legally publish your story unless your abuser has been convicted.

Whatever you send us or tell us will be completely confidential until you decide if you are happy to go ahead. Our service is completely free, so get in touch today to explore your options.

For more information about about selling a story to magazines or newspapers, see our Sell My Story – How it Works page.

If you’d like to browse our site you’ll find lots of examples of our brave clients who have shared their stories with magazines to help those in a similar situation (like this one: https://www.talktothepress.co.uk/domestic-violence-survival-story/). You can more of our recent clients on the Talk to the Press home page, or you can check out a few of our latest client stories below…

Georgette Culley
← Previous Story Sell before and after photos to a magazine
Next Story → Share an uplifting story with a magazine: “I won my baby in a prize draw”