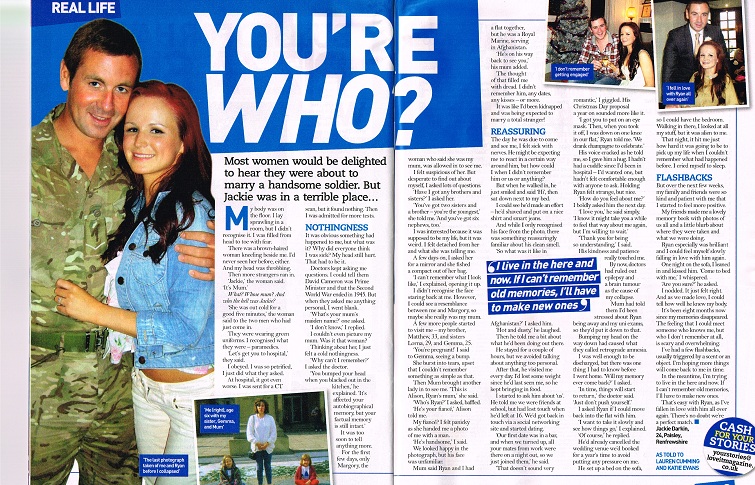 I forgot the man I loved – this week’s Love it! magazine 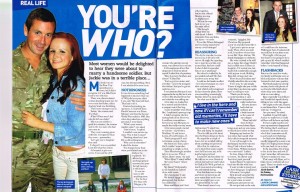 When Jackie Darkin told us about the minor bump to the head that left her with severe memory loss and unable to recognise her own fiancé, we knew magazines would be clamouring to feature her story. And this week Jackie’s life-changing story appears in Love It.

Jackie, 24, from Paisley, was diagnosed with retrograde amnesia after fainting and bumping her head in August last year. The fainting episode was thought to have been caused by a mild virus and thankfully Jackie escaped with a couple of small bruises – but the effect on her memory was devastating.

When she came round a few minutes later she didn’t know her own name, how old she was or where she lived. She didn’t even recognise her mum or any family members. Bizarrely, it was only Jackie’s autobiographical memories that were affected and she retained perfect memories of world events and other trivia, such as who the Prime Minister was and who won the Second World War.But for Jackie, the worst part was forgetting her own fiancé, Ryan, a soldier in the Royal Marines who was serving in Afghanistan at the time. She she had no memories of their two years together, despite having known him since she was 12, and she didn’t even recognise him when she saw him in the flesh. Jackie found out Ryan had proposed on Christmas Day two years earlier and they had been planning their wedding.

If you’ve got a story you’d like to sell to Love it magazine, or any other women’s magazine, contact us on message@talktothepress.com or fill out the sell story form on the right.