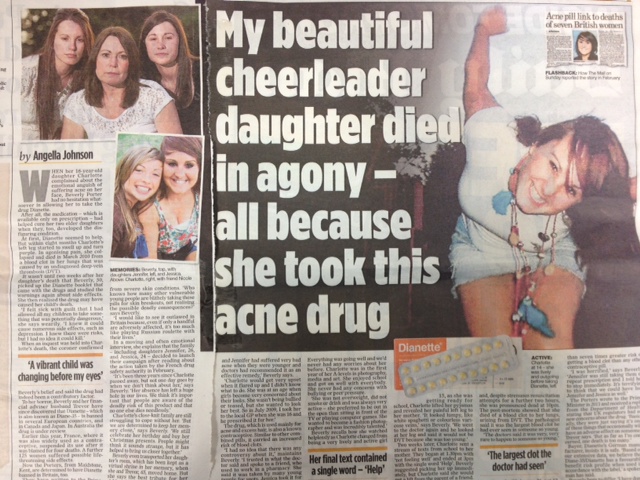 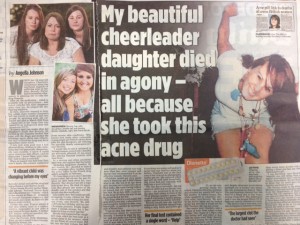 When Charlotte Porter started taking Dianette at 17 she believed it would help her acne. But less than six months later she died from deep-vein thrombosis – believed to be linked to the contraceptive pill.

With this particular pill already banned in Canada and Japan, the Porter family are now campaigning for it to be at least reviewed here in the UK. This weekend, the family shared their concerns with the Mail on Sunday.

So far they have over 500 signatures on their e-petition which can be found here http://epetitions.direct.gov.uk/petitions/47827.

In early 2009, Charlotte went to her GP to get help for her mild acne and was prescribed Dianette. In March 2009, Charlotte texted her mum complaining of swelling from her hips to her ankles. Her mum became concerned and took her to hospital later that day. Heartbreakingly, Charlotte collapsed in the corridor at the hospital when she was waiting for her blood results. Doctors fought for two hours to save her young life but she died from a pulmonary embolism (a blood clot in her lung) caused by DVT in her leg that evening, just hours after the swelling began.

In April 2011, an inquest into Charlotte’s death concluded that she died of ‘natural causes’, but it also stated that Dianette may have been a contributory factor to her death. ‘Charlotte should be 20 now,’ says her sister Jennifer. ‘We think about Charlotte every day and don’t want her to have died in vain.’

If you’re trying to raise awareness of an issue and would like your story featured in a national newspaper, email us on message@talktothepress.com or fill out the sell my story form to the right.

Related ItemsDianetteraise awareness of an issuesell story to Mail on Sunday