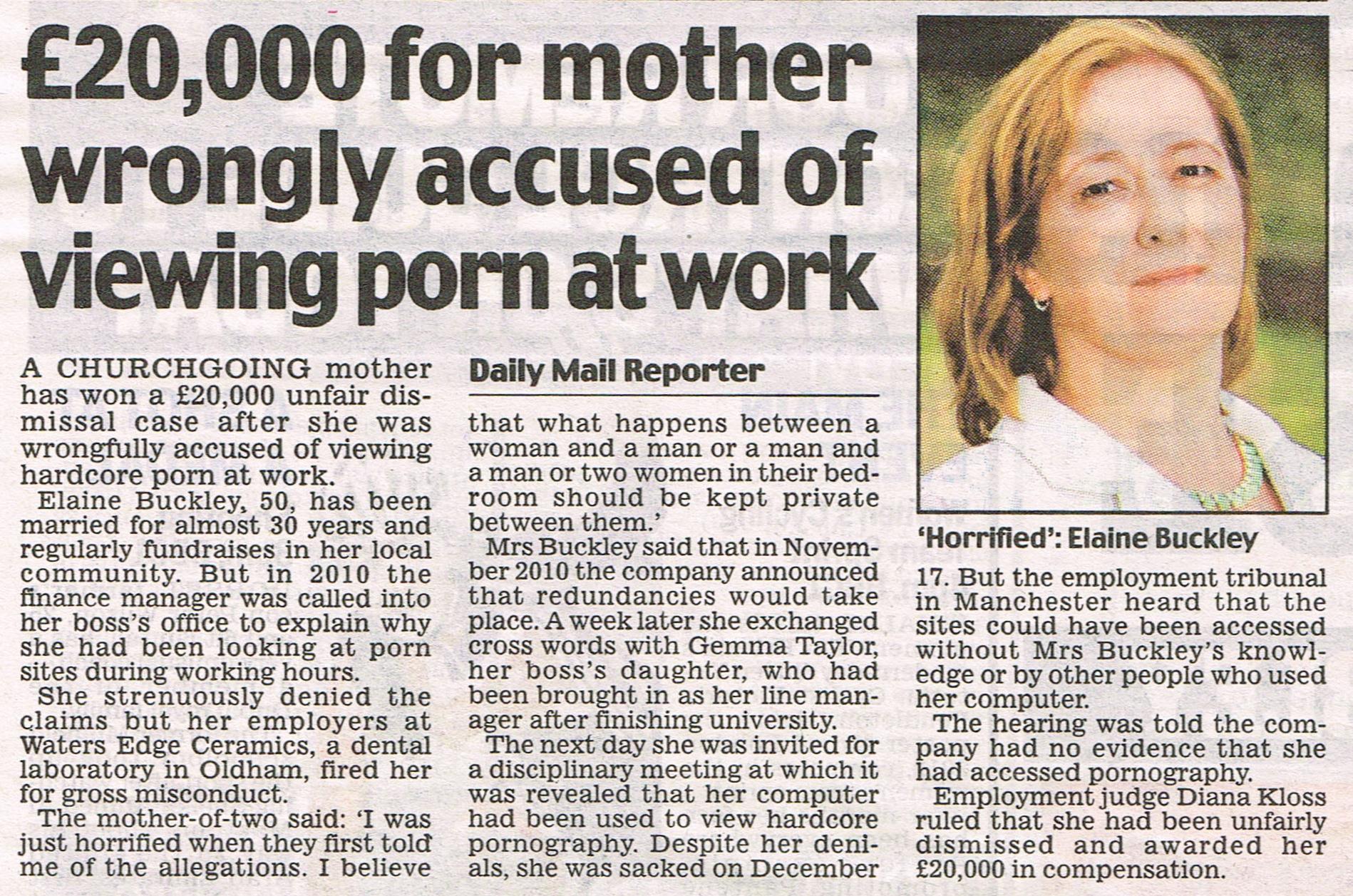 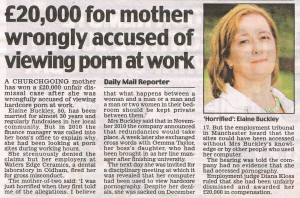 Last month, she was awarded £20,000 in compensation and wanted to talk about the humiliating episode that almost her ruined her life. We secured her coverage in a number of national newspapers, including the Daily Mail and Daily Express.

Elaine’s ordeal started when she was told she was being suspended from her job, which she had been in for ten years, for viewing hardcore pornography websites. It later emerged that the sites in question were probably pop-up sites that Elaine had no idea were even there, but her employers insisted she had viewed them, despite the fact that several people regularly accessed her computer.

Elaine was shocked and distraught at the allegations but, despite protesting her innocence, she was forced to leave her job feeling utterly humiliated. She recalls having to tell her son Tom, 23, who works for the RAF, and her daughter Ruth, 20, a university student, and they too thought it was ludicrous. Her husband David, 51, an engineer, was equally baffled, but they all stuck by her.

She says she’s just a normal 50-year-old woman who likes walking her dog on the moors or curling up on the sofa with a good book and now she feels her reputation has been tainted by her boss’ actions.

If you’ve got a story you’d like to share with national newspapers, email us on message@talktothepress.com or fill out the sell my story form to the right.