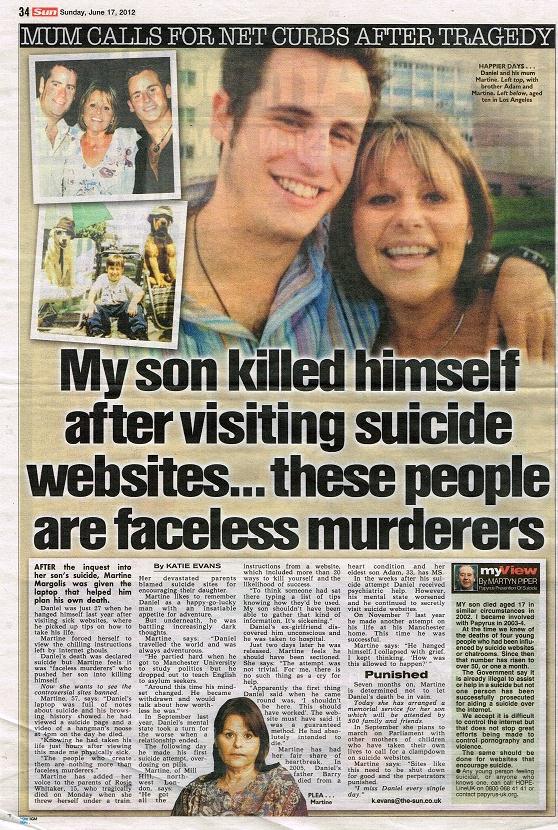 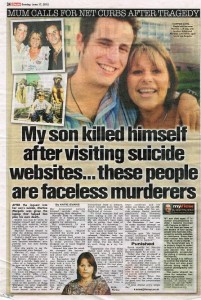 Martine Margolis got in touch with us as she wanted to raise awareness of the growing number of ‘suicide websites’ on the internet after her son Daniel took his own life last year after viewing them.

This weekend Martine’s heartbreaking story appeared in the Sun on Sunday, where she told how she wants the sick websites to be banned. She joins the parents of Rosie Whitaker, 15, who tragically killed herself last week after viewing similar sites.

Martine, 57, remembers her son as a confident young man who had travelled the world and loved deep sea diving and bungee jumping. He became depressed after breaking up with his long term girlfriend but Martine had no idea how low he had sunk until he attempted suicide in September last year.

That time he was unsuccessful, but two months later he hanged himself at his home in Manchester. Martine recalls getting the call to say her son had died and her world fell apart.

At the inquest into Daniel’s death on 21st March this year – what would have been his 28th birthday – the coroner ruled a verdict of suicide. It was then that Martine was given his laptop and discovered he had viewed suicide websites just hours before his death.

The sick sites explicitly tell people how to kill themselves, often with details of their likely success rates, and Martine is now calling for them to be banned.

She says: ‘Knowing Daniel had taken his life after viewing these sites made me feel physically sick. The people who create them are nothing more than faceless murderers’. Nothing will bring Daniel back but sites like this need to be shut down and the perpetrators punished.’