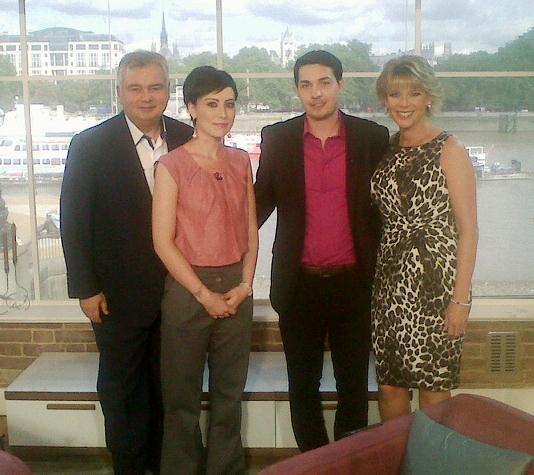 We’re often contacted by individuals who want to share their story with TV shows like ITV’s This Morning, and today, our client, brave rape victim Taylor Kenney, 19, did just that.

In a live interview with Eamonn Holmes and Ruth Langsford, Taylor talked about how she rebuilt her life and, her relationship with her husband, after she was brutally raped by an illegal immigrant, Jawid Armani, three years ago.

Thanks to Taylor’s courage to see him jailed, he was also convicted for a separate rape on a 48-year-old woman seven months earlier.

We have already secured Taylor coverage in a national newspaper and women’s magazine and soon she will be appearing in a second women’s magazine. We’ll continue to work with Taylor as she speaks out about rape in an attempt to encourage other women to report their attackers.

If you’ve got a story you’d like to share with This Morning, email us on message@talktothepress.com or fill out the sell my story form to the right.

Talk to the Press
← Previous Story Coverage for Michelle Scoffings’ meningitis picture diary in the Sun, the Daily Mail, the Mirror and the Express
Next Story → Is this Britain’s bravest headteacher?