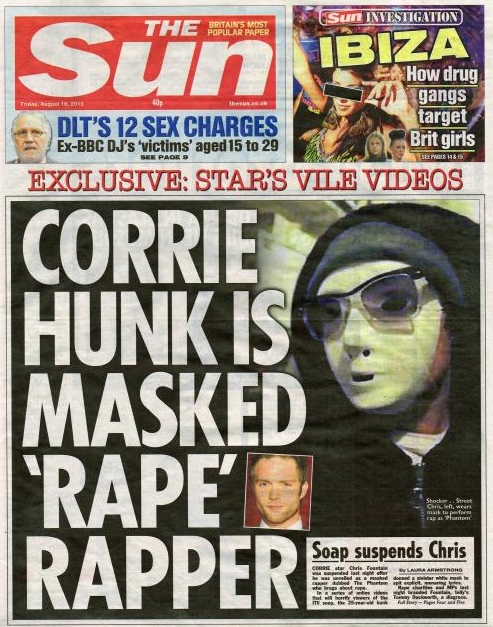 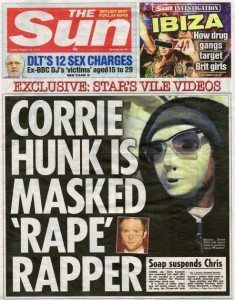 When a tipster got in touch to share his concerns about Coronation Street actor Chris Fountain, we knew a newspaper would want to hear what he had to say. The tipster described how the actor has a ‘rapping’ alter-ego called ‘The Phantom’, and is known for his shocking and depraving misogynist lyrics in which he describes raping women on their birthday, and stabbing them in the eye with a diseased needle.

However, although the tipster was keen that Fountain be exposed, he also wanted to be sure that he remain anonymous. He asked us ‘How do you sell your story anonymously?’ If this is arranged from the outset, and an agency like us is used to secure the deal, tipsters face no risk their identity will be revealed. The story appeared on the front page of the Sun newspaper. Chris Fountain has since issued a grovelling apology, and been sacked from his job.

The tipster says: ‘It’s not right that this man is held up as a heart throb when behind the scenes he has a complete lack of respect for women.’

If you a tip for the media and wish to sell your story anonymously, then get in touch with us to find out more. Email us on message@talktothepress.com

Talk to the Press
← Previous Story Strangled in paradise – but I gave up my job to secure justice for my murdered sister
Next Story → A foolish decision changed the course of my life, just like the two British girls in Peru – Daily Mail story today