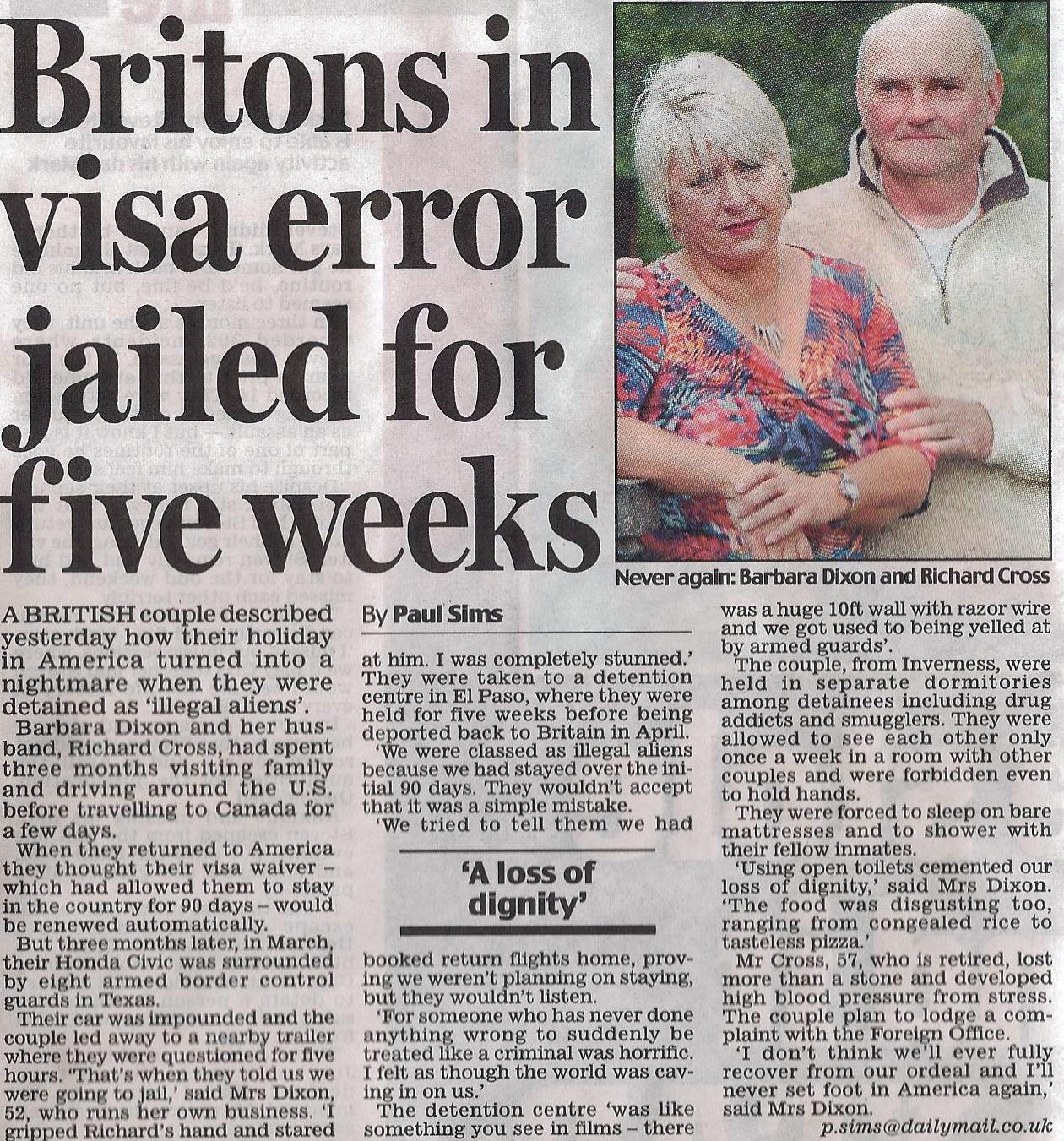 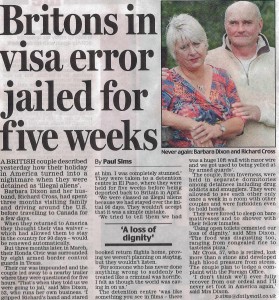 Barbara talked to the Daily Mail about her ordeal

When Barbara Dixon approached us with her story about being held in a detention centre for five hellish weeks we knew a newspaper would want to hear more. Barbara and her husband Richard were stopped in Texas after a mix up with their visa meant they had outstayed their welcome.

The retired couple who had been travelling on their dream holiday, were accosted by eight armed guards who surrounded them and marched them into a trailer where they were interrogated for five hours before being taken to a detention centre.

They were kept at the centre for five long weeks without any sign of being released back to the UK. The pair were separated and only permitted to meet once a week. They shared dormitories with 60 other inmates and were forced to shower and use the bathroom in front them too.

Their ordeal was finally over in April when they were deported back to the UK but they have been left permanently scarred by their horrific holiday from hell. Their story appears in the Daily Mail today.

If you’ve had an experience abroad that you’d like to share with a newspaper or magazine, or have a story to sell, email us on message@talktothepress.com or fill out the sell my story form on the website. Click here if you’d like to find out more about selling your story.