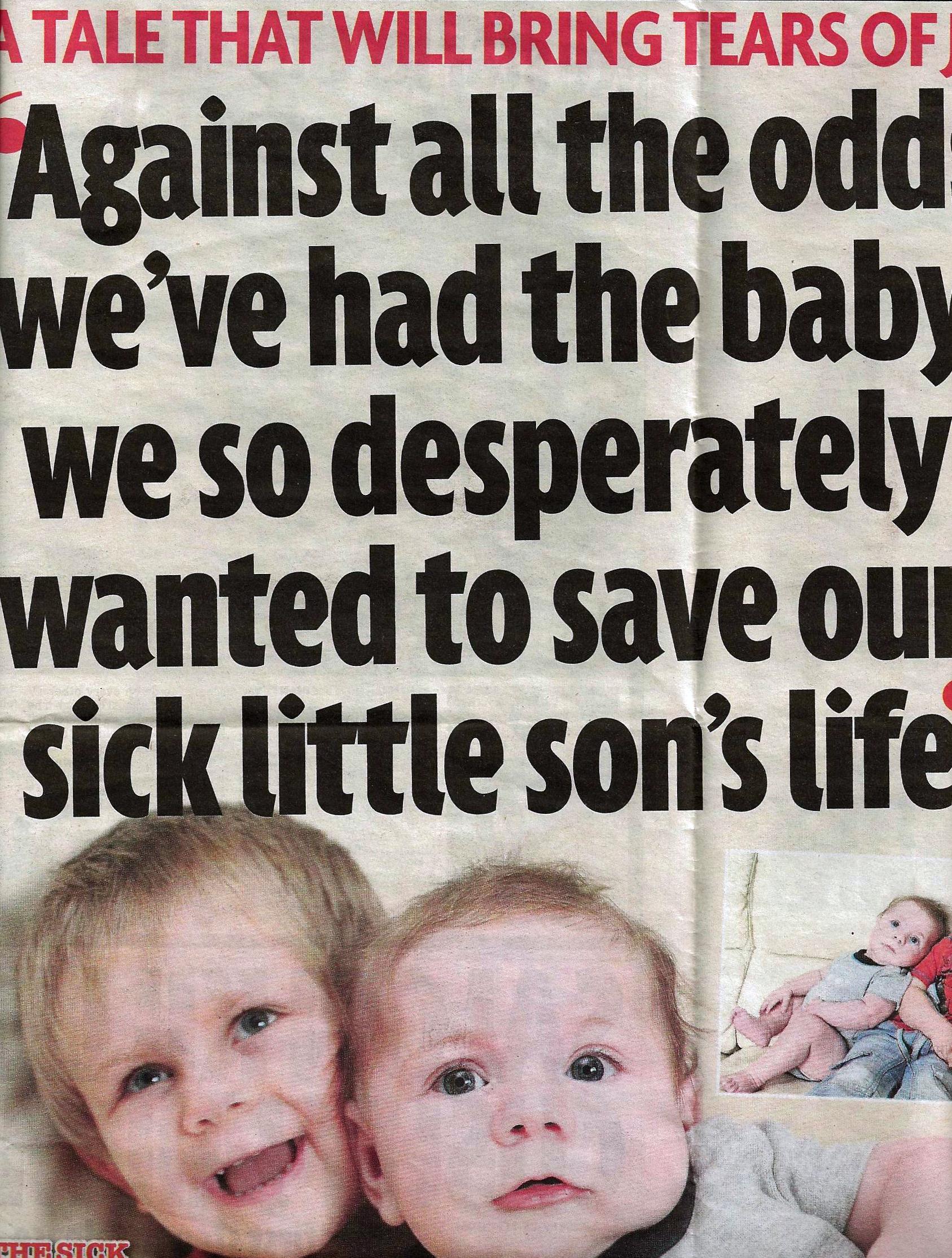 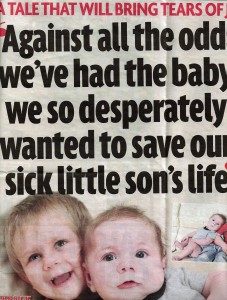 Last week, David and Samantha McDowell got in touch with us as they wanted to share their incredible story of how they had a miracle baby who will go on to save his little brother’s life. On Sunday, their story appeared in the centre pages of the Sunday Mirror.

The couple’s son Alex suffers from the genetic disorder Fanconi Anaemia, or FA, which causes bone marrow failure. It is the same condition that killed the McDowells 11-year-old daughter Jessica three years ago and the only solution is a bone marrow transplant using stem cells from a so-called ‘saviour sibling’.

Last year David and Samantha made the headlines when they won a lengthy battle against their NHS to have IVF to create a ‘designer baby’ who could save Alex. For the couple – who are both carriers of the gene and therefore have a 1 in 4 chance of having a baby with FA – IVF was the only way of ensuring their child did not have FA, so naturally they were devastated when the attempt failed.

But then, against all odds, Samantha fell pregnant naturally. Even more incredibly, their baby Ethan, now four months old, did not have FA and proved to be a perfect tissue match for his elder brother. Alex is now due to have a transplant using stem cells harvested from Ethan’s umbilical cord.

We secured the McDowells an exclusive deal with the Sunday Mirror, where they told their story this weekend. We are now in the process of arranging them a magazine deal and TV appearances so they can raise awareness of this rare disease, which only affects two in a million people worldwide. The couple have also set up their own charity, Fanconi Anaemia Support. To donate visit www.fanconisupport.info.